Tributes from across the racing world are pouring in for Pat Smullen. who says he's putting his h...

Tributes from across the racing world are pouring in for Pat Smullen. who says he's putting his health and family first as he confirms his retirement.

The nine-time Irish flat champion jockey is calling time on his career on medical grounds. The Offaly native won both the Epsom and Irish Derbies among 12 Classic wins, but recently completed treatment for pancreatic cancer.

Mick Kinane, the man who Smullen succeeded as retained rider for Dermot Weld in 1999, says the 41-year-old's good health is now key.

"Pat has come through a tough time and it's good to see he's got his health back, which is obviously the main thing.

"He's been a very good jockey and can be very proud of the career he's had.

"We had some good scraps and some great times, on and off the track. Hopefully they'll continue." 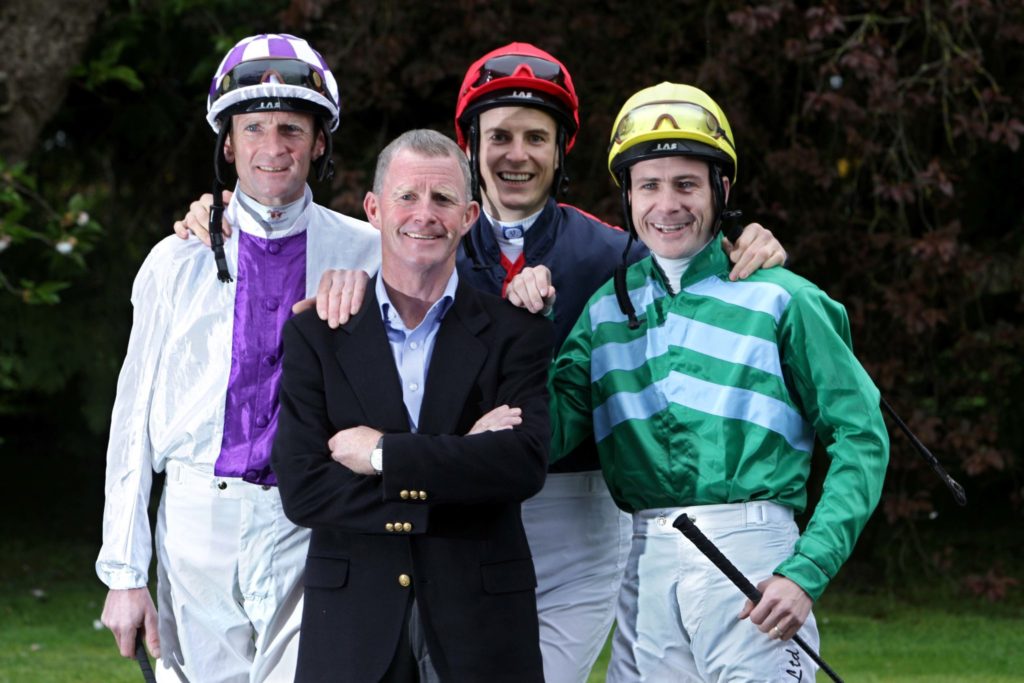 Fran Berry, who also forced into retirement earlier this year, developed a strong bond with Smullen as they battled for flat jockey championship titles.

"I've known Pat from day one when it comes to my riding days and we've gradually become very good friends. Myself, Pat, Declan McDonogh and a few others have been really close for years and he's a great man.

"He's been a fantastic rider throughout his career but the last year has really been the measure of the man.

"Thankfully he's come out the right side of that after the cancer diagnosis and while it's sad that he's retiring from riding, he's got the whole rest of his life ahead of him.

"In terms of his quality in the saddle, he's right up there with the likes of Mick Kinane and Johnny Murtagh as top Irish riders, he's an ultra professional and it made no difference whether it was Ballinrobe on a Tuesday or the Curragh on a big Saturday.

"He was particularly good from the front - you never liked to see him making the running if you'd missed the break and were near the back.

"We used to travel together to the course and talk tactics and then try and knock each other off the track and beat each other in the heat of the battle but we'd always have a laugh about it afterwards. Those were some of the fondest moments of my career so I've mixed emotions, obviously.

"As for his highlights, Free Eagle - when he beat the Grey Gatsby at Ascot - was a tremendous ride. A tactical masterclass, while the Derby was a crowning moment. It was Dermot Weld's first winner of the race and Harzand going on to win the Irish Derby was superb - the highlight of a fantastic career." 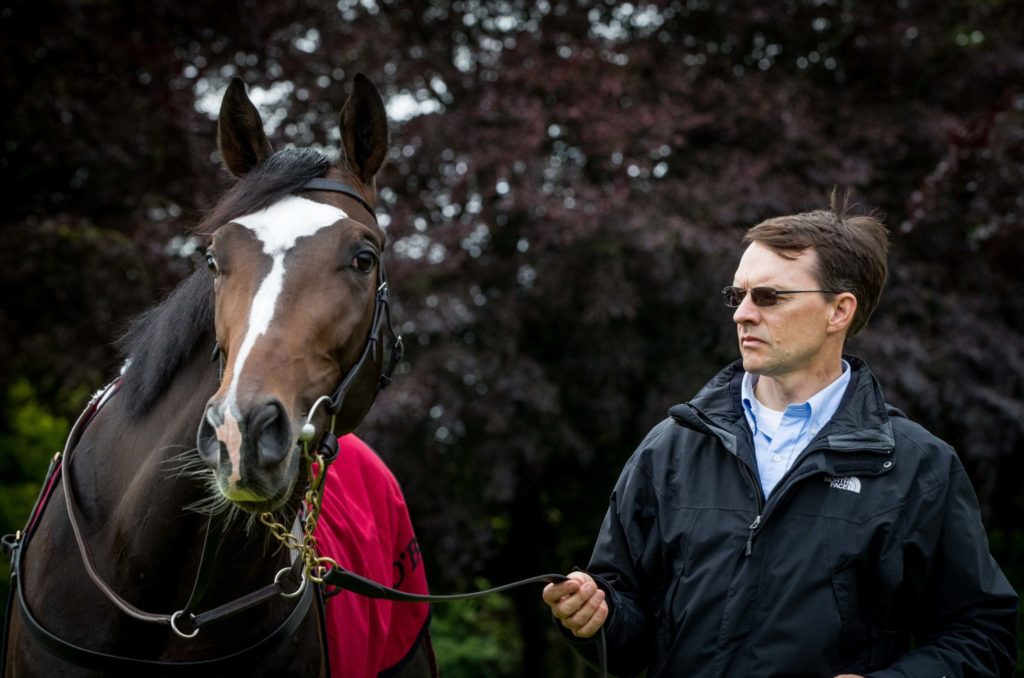 Multiple champion trainer Aidan O'Brien says he respects Smullen both on and off the track.

"Pat was second to none, both as a jockey and a horseman. As a human being he has inspired people all over the world, especially with the way he has dealt with and spoken about his illness.

"We, like everybody else, look forward to reading his articles and hearing his interviews as his knowledge, experience and wisdom will be an invaluable contribution to everyone."

While O'Brien's son Joseph was inspired by the Rhode man's achievements.

"I was lucky enough to be able to ride against him for a number of years. We were tough competitors, but he was always an absolute gentleman and we had some great times together on and off the track.

"He's a great man and a great jockey and I wish him all the best in whichever road he chooses to go down in the future." 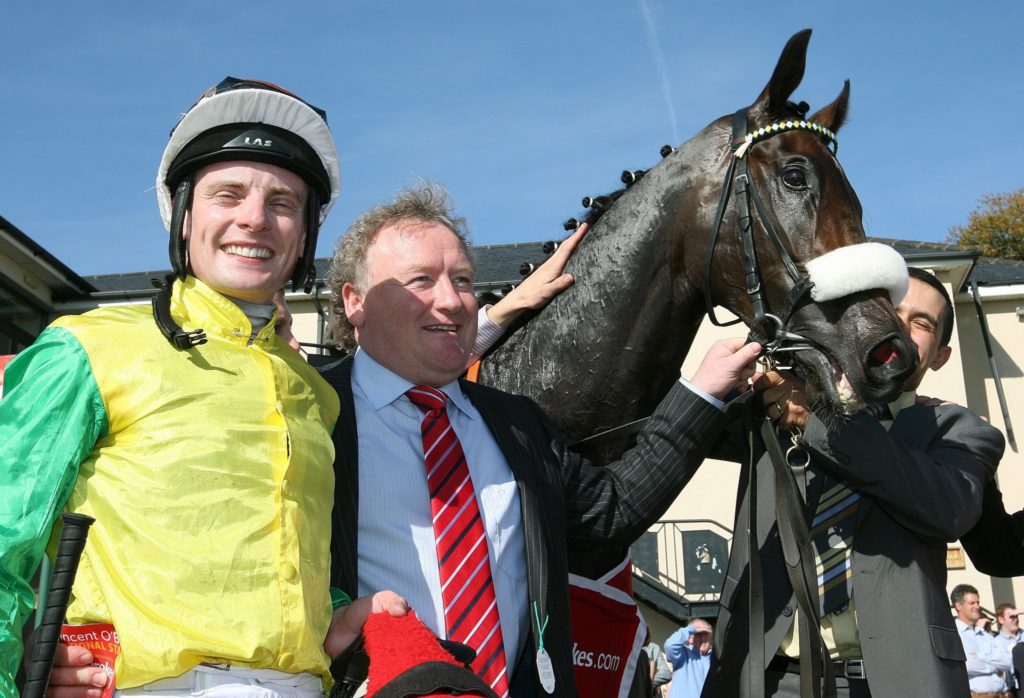 "We've become very close over the years - I'm actually godfather to one of Pat's sons, Paddy.

"It's been an emotional rollercoaster over the last year or so and it's great that he's got over that big hurdle now, which is the main thing.

"Career-wise he's had a fantastic time. We had plenty of battles on the track and he's been a phenomenal jockey, a brilliant professional and a fantastic role model for any young jockeys coming through.

"I started three or four years after Pat and we've soldiered on together. It's a bit surreal now that he's retired and Fran Berry has recently retired as well - the older crew is getting smaller!

"It's unbelievable that Pat Smullen, Fran Berry and Ruby Walsh have all retired in the space of a month or so, but at least they're all getting out in one piece."

John Duggan: Pat Smullen showed us the qualities of bravery, dignity and class