The Tour de France began on Saturday with a massive crash, after Tony Martin collided with a spec...

The Tour de France began on Saturday with a massive crash, after Tony Martin collided with a spectator, who was facing the opposite way while posing with a sign for a television camera.

The fan was not looking when Martin, racing at speed, collided with the sign. It has been reported that Martin was able to get up, remount the bicycle, and continue with the race.

The initial crash caused a subsequent pile-up, involving a high number of cyclists, who were in close proximity with one another at the beginning of the opening stages of the event. For that reason, the impact of the crash was particularly bad.

It occurred with 45km left of the opening stage of the Tour de France. Primoz Roglic and Wout Van Aert were also among the other racers involved.

At least one bike is believed to have been damaged as a result of the collision. A number of race teams have appealed to the public to be wary of oncoming riders and reminded fans to stand back from the road when the athletes cycle by.

The race continued although some of the riders, including Jasha Sutterlin of Team DSM,  involved in the crash, abandoned that leg of the event.

The Tour de France official Twitter account also posted a message urging the public to respect the riders at all times.

"We are glad to have the public on the side of the road for the #TDF2021," the statement read.

"But for the Tour to be a success, respect the safety of the riders! Don't risk everything for a photo or to get on television."

But for the Tour to be a success, respect the safety of the riders!

Don't risk everything for a photo or to get on television! pic.twitter.com/eA6nnhRhWv

The Tour de France began on June 26th and will run until July 18th. The entire event will feature 21 days of riding, as well as two rest days.

Julian Alaphilippe of Team Deceuninck- Quick-Step won the opening stage and will wear the yellow jersey on Sunday when the race commences. 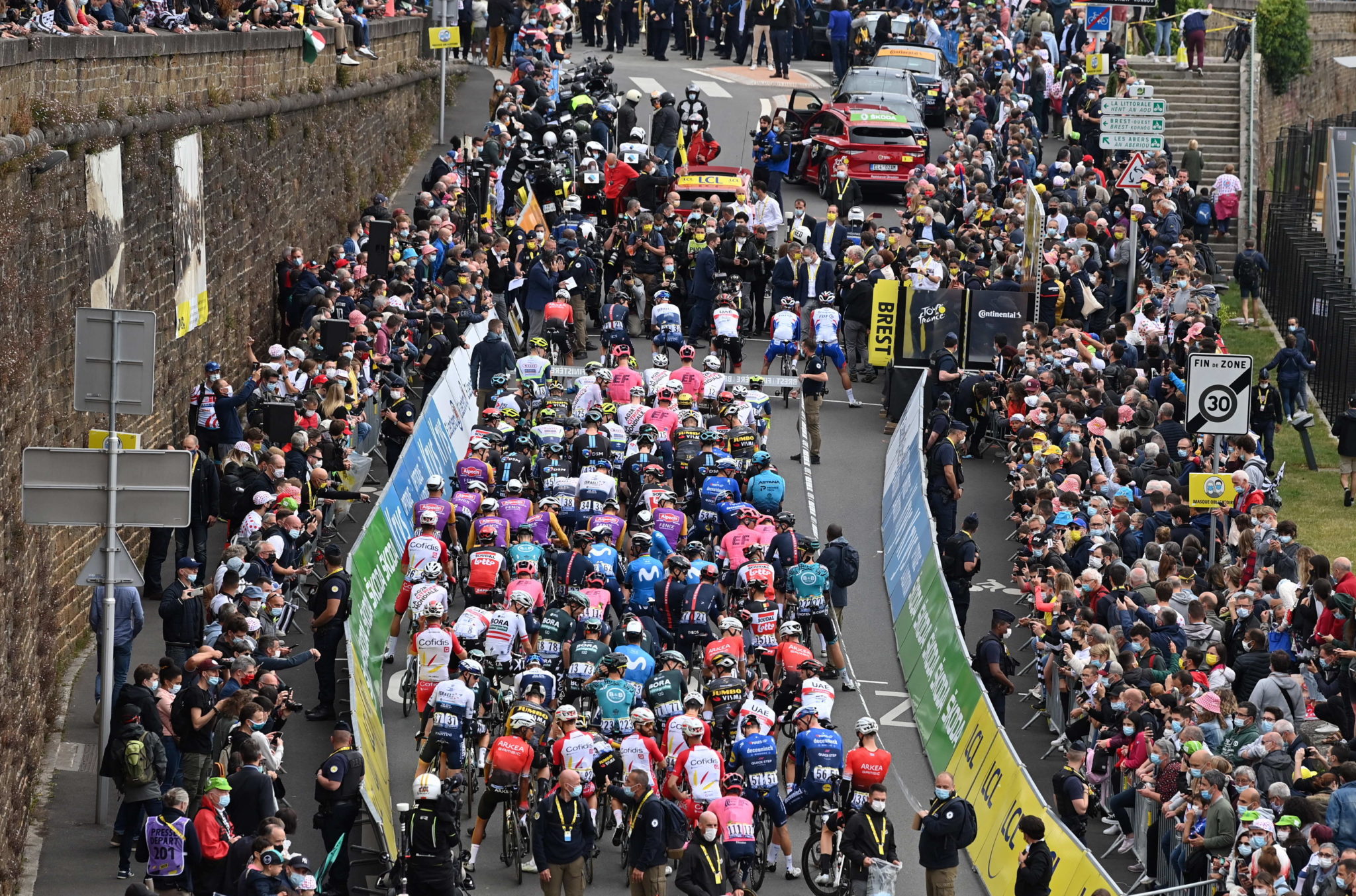 Ireland's Sam Bennett was forced out of this year's race due to injury.

'Bennett is almost there, it would be an extraordinary story' | The Sunday Paper Review