An instrumental figure in Ireland's convincing defeat of Wales on Saturday afternoon, Andrew Conway explained his rigorous approach to self-improvement on Tuesday's OTB AM.

At 28-years-old and a few days on from making his 20th appearance for Ireland, Andrew Conway could arguably afford himself the luxury of believing that he has arrived.

It is unlikely - to the point of near certainty - that he will indulge such chatter, however.

"I've been pretty strict on myself with regards to all the things that go into the daily life of a rugby player," he explained on Tuesday's OTB AM. "It's been a building process for the last four years where I stripped back my approach to the game and put a lot of thought into how I can become the absolute best player that I can be.

"It took a bit of time, a bit of work and obviously it will be a constant thing going forward. It's about never settling and always looking to evolve as a player."

Highlighting the importance of his work that he must carry out beyond the rigours of the training ground, complacency is to be avoided at all costs.

"It's easy to do [the extra work] for a while and then think, 'Ok, that's grand, I've gotten a bit better at that and now I can leave it'," he admitted. "The tough thing is to just stay with it and continue to try and grow and reflect back and see where you can grow."

What amounts to best practice for any elite-level sportsperson, one would suspect, it is nevertheless quite remarkable how in keeping Andrew Conway's ethos is with that of South Africa's Rugby World Cup-winning coach and former Munster man, Rassie Erasmus.

I really enjoy kick-chases, even if it isn't the most glamorous thing to look at it in the world. If the kick is good enough you can usually get into a contest 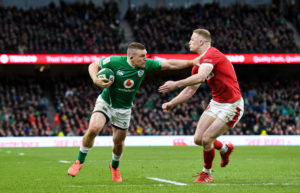 Andrew Conway of Ireland on his way to scoring his side's fourth try. Photo by Sportsfile

"You're desperate to become a Springbok," followers of Rassie Erasmus' Twitter account witnessed the former South African head coach telling his players in footage of a team meeting throughout the World Cup in Japan, "so you sacrifice a lot.

"Eventually you get selected as a Springbok and you get the honour of becoming a Springbok, but you still sacrifice.

"Then you start to get the satisfaction or the rewards: good contract, you become a brand, people follow you, etc. But you still sacrifice because you want all of this and you're desperate to be there.

"When you're desperate, you'll do it at all costs. I'll fucking sacrifice at all costs because I want to be a Springbok."

Crucially, as Erasmus pointed out with relation to his own career, there is always the possibility that you become entitled. This is what the proud rugby player must relentlessly push against.

To what degree the South African had realised this cycle and its dangers during his tenure in charge of Munster is unknown.

Yet, it seems to be a lesson Andrew Conway has been made aware of and, furthermore, that the Dublin native charts his development to this current point as commencing four years ago, it is perhaps no coincidence that Rassie Erasmus arrived in Limerick in the summer of 2016. 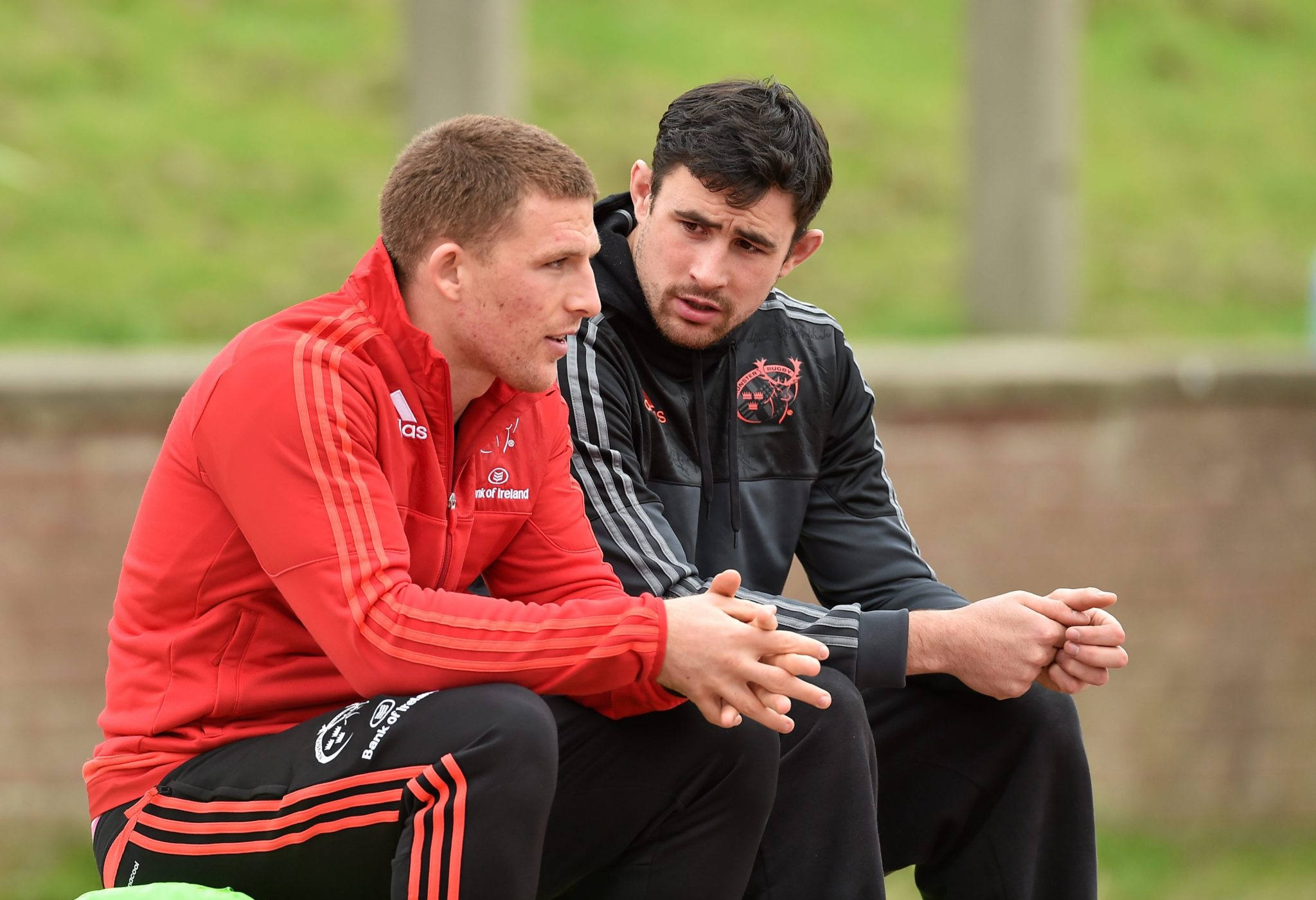 Of the many aspects of his play that Andrew Conway has attempted to focus on and improve, the patterns of his kicking and chasing have brought the former Leinster man a strange pleasure.

"High-ball stuff is the obvious one," he noted of his need to aim for near-perfection in this department. "As a back-three player, it is hugely important to be dominant in the air and I wasn't blessed with the tallest frame so I've had to work pretty hard on that to get my timing right, to improve my ability to catch in different ways.

"Kicking is then something you need to be accurate with given the way we try to play where there is a shared responsibility and we don't just look for the #9 and #10 to kick and the wingers to chase.

"I really enjoy kick-chases, even if it isn't the most glamorous thing to look at it in the world.

"It is something that is controllable in my opinion and if the ball is kicked up in the air from point A to point B, it won't land at point B for three seconds or whatever and I know I can run that 25 yards in that time if the kick is good enough you can usually get into a contest."

A topic of regular discussion between Andrew Conway and his teammates, the former Munster full-back and a coach of Rassie Erasmus' as South Africa won the World Cup in Japan Felix Jones is another who has shaped Conway's approach to kicking and catching.

"He was a big part of it as he was a really good aerial full-back," noted Conway. "We would have put in a lot of work together back when he was playing and when he was coaching me then."

You can watch Andrew Conway's interview in full on Tuesday's OTB AM and catch it back later in full on OTB's YouTube channel.