In the build-up to Andy Farrell's opening Six Nations game in charge of Ireland, Stephen Ferris argued against the perception that a number of notable players were performing poorly and ought to be dropped for the game against Scotland.

It is widely expected that the confluence of Andy Farrell's appointment and a poor showing at the World Cup will bring about some manner of immediate change in Ireland's playing personnel.

On Wednesday afternoon the announcement will be made regarding who shall replace the retired Rory Best as captain. Yet, with the exception of the Ulster man's absence, no other players from the World Cup in Japan have opted to walk away.

As such, a number of difficult decisions await Andy Farrell as he decides whether to trust in Ireland's experienced hands as a number of them suffer relative dips in form, or embrace the uncertainty of unproven prospects.

Amid much clamouring for the latter approach (no more so than from host of OTB AM, Ger Gilroy), Stephen Ferris, formerly of Ulster and Ireland, believes the perception surrounding some of those regular internationals' form is flawed.

"I think one of the things that is really tough at the minute is that the lads coming back from the World Cup have not been playing," he pointed out. "I think for Ireland to be more successful when it comes to the major competitions, I feel all the players need to play a bit more rugby." 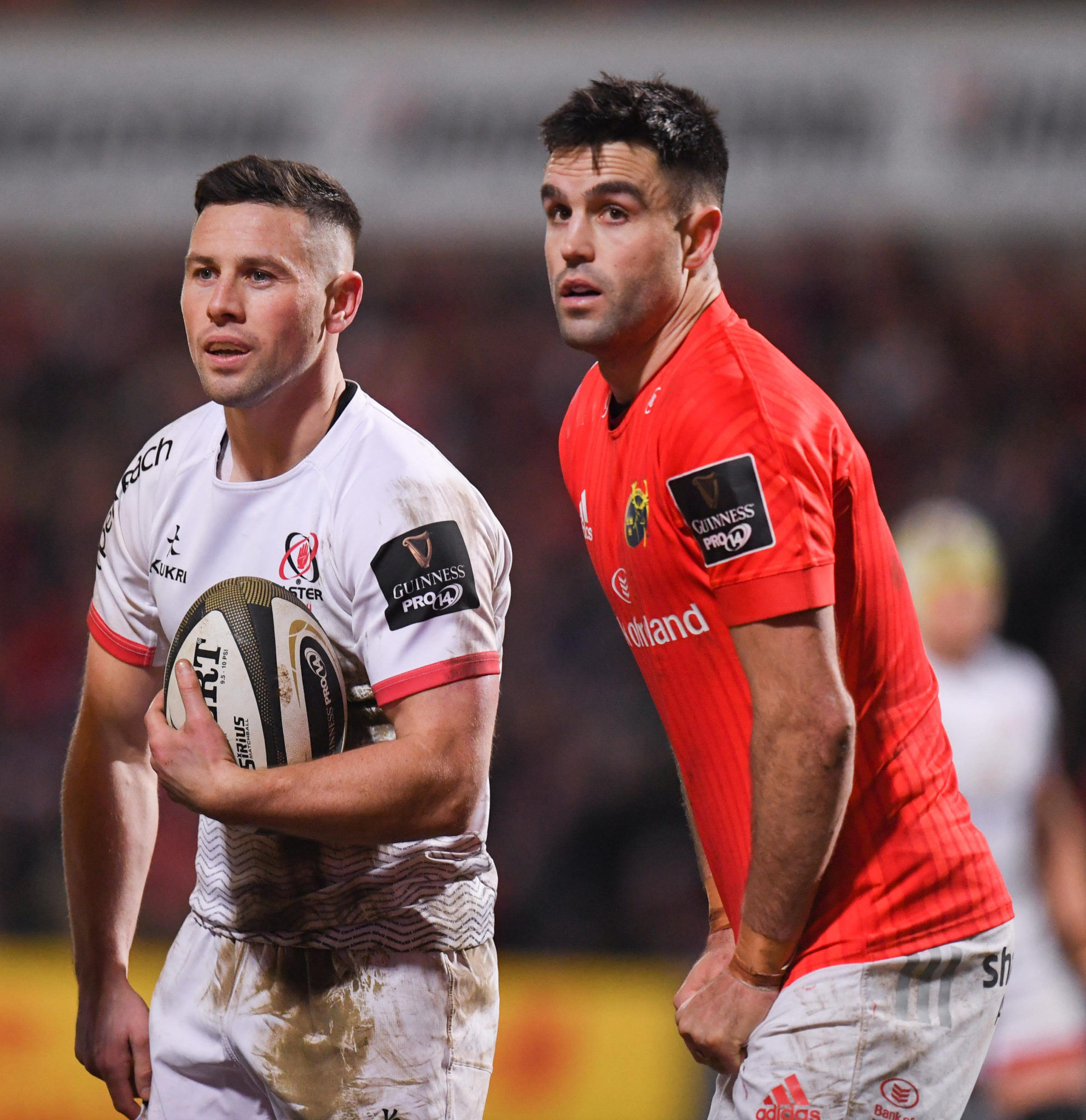 3 January 2020; John Cooney of Ulster and Conor Murray of Munster during the Guinness PRO14 Round 10 match between Ulster and Munster at Kingspan Stadium in Belfast. Photo by Harry Murphy/Sportsfile

The complete opposite approach to that which was suggested by Keith Wood on Wednesday's OTB AM, Ferris identified a number of the key debates as evidence of the favouritism enjoyed by those who are regularly in action.

"Everyone is saying that John Cooney should be starting ahead of Conor Murray," he noted, albeit in agreement with this one, "but the reason people are saying that is because he's playing rugby every single week [and] Murray ... made his first start of the Pro 14 season against Ulster.

"When you're looking at the back row, we've hardly seen Peter O'Mahony. With CJ Stander the reins have been held on him and a few other players also.

"Then you're talking about the likes Caelan Doris, Max Deegan, Will Connors and Ross Byrne. Why? Because we're seeing them play rugby at a high-level week in, week out.

"At the minute, we're all calling for these young guys to be brought in to the Irish time because we're seeing them play."

Sufficient reason for caution on Andy Farrell's behalf according to Stephen Ferris, he claimed that the demands of international rugby must also be taken into account.

"You need experience in there."

You can listen back to Stephen Ferris speaking in full on Wednesday's OTB AM here.

Leinster romp to victory over Connacht at RDS