'What defence feels threatened by it when they know it's coming?' | BOD on Ireland's kicking

There were audible groans in the Aviva Stadium last Saturday as Ireland resorted to their tried and tested habit of kicking the ball from possession.

While Ireland defeated Scotland on the day, the change that many had hoped would mark the Andy Farrell era was not to be seen as Johnny Sexton led the team to victory in a Joe Schmidt-esque performance.

The box kick, once a staple of Schmidt's success, is now increasingly groan-inducing as oppositions have learned to prepare for the tactic that brought Ireland success across the previous decade.

Speaking on Thursday's Off The Ball, former captain Brian O'Driscoll sympathised with frustrations stemming from the reliance on kicking.

"The problem is, if you set up to kick, you have no alternative option," the former British and Irish Lions captain explained.

"What defence is going to feel threatened by that set up when they know its coming?

"You have to show something as an alternative option to interest the defenders and make them look at things differently and make them stay hard in the forward line rather than immediately turn their back and filter into the backfield.

"I can understand the frustrations of the public because with the box kick we're not getting as much success out of it as well." 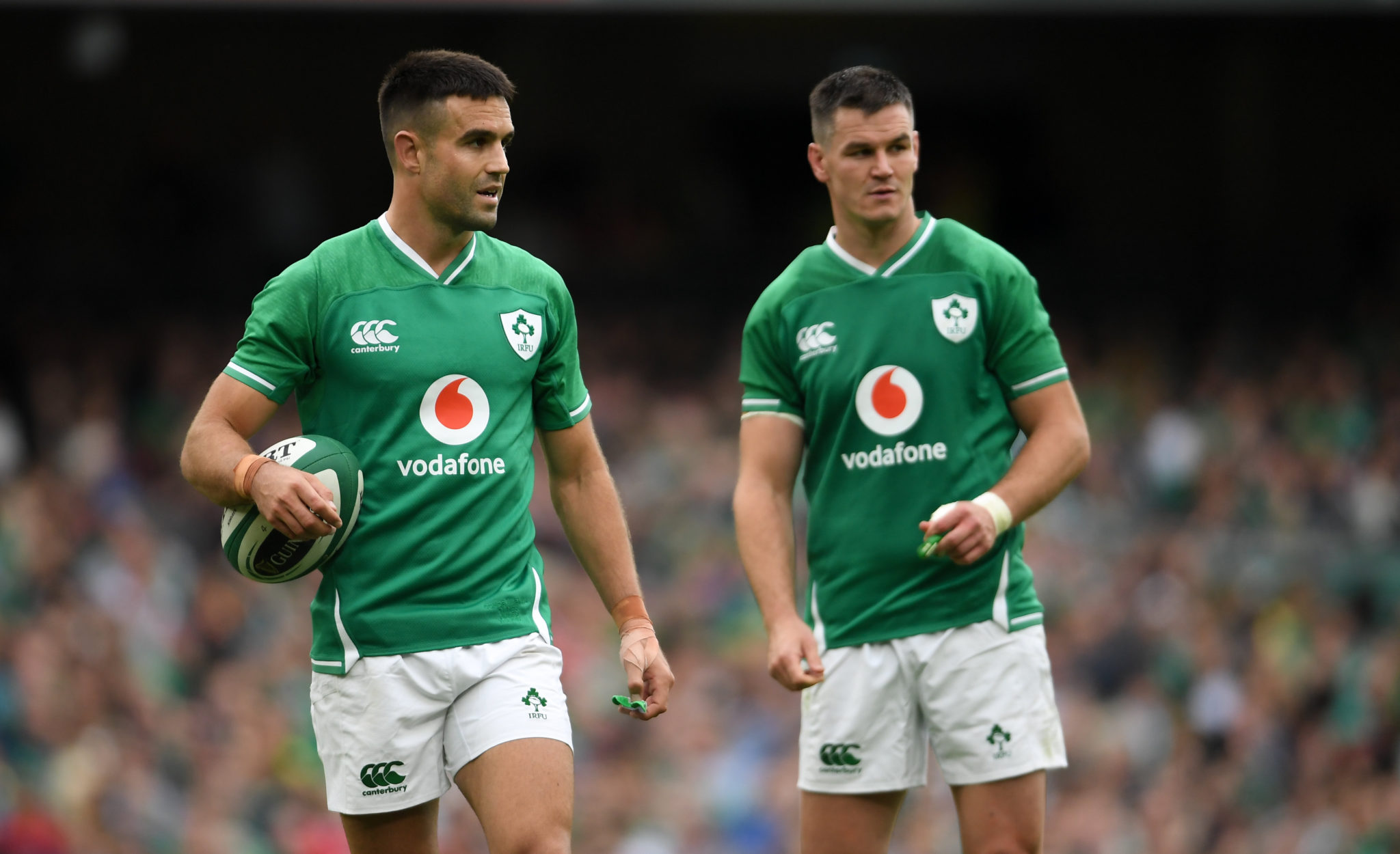 7 September 2019; Conor Murray, left, and Jonathan Sexton of Ireland during the Guinness Summer Series match between Ireland and Wales at the Aviva Stadium in Dublin. Photo by Ramsey Cardy/Sportsfile

While no one is campaigning for total eradication of the box kick from Ireland's game, O'Driscoll feels the frustration lies in the simple fact that its repeated employment is not bringing success.

"If you get 60% of your box kicks back and you get possession from it, people will get over their disappointment of kicking the ball away.

"Whereas - I don't know what the stats are looking like - but it feels like we are getting 25-30% of them back at a push. And that's not a good enough return for kicking possession away."

O'Driscoll, a regular throughout Off The Ball's Six Nations coverage, also added that he would like to see more individual creativity from the team rather than grinding through countless phases.

"I hope that the shackles will be off a little bit more with a willingness to throw those 50/50s and gain breakers.

"The one like Aki throughout the backdoor to Stockdale that was batted down [Sean] Maitland, just because that didn't go to plan, and he made an error just before, it shouldn't discourage him from throwing them.

"Another time that sticks and Stockdale is gone.

"I think we should encourage that creativity that clearly exists and maybe it has been inhibited in some of these players over the last number of year. I think that needs to come out more."