Amid glimpses of raw aggression on Ireland's behalf in their opening three Six Nations games, Brian O'Driscoll urged the team to 'play angrier' on Thursday's OTB AM.

It is not innately clear where exactly 'the line' is, but, Brian O'Driscoll would like a number of Ireland's players to move considerably closer to it.

Through glimpses of aggression spotted in James Ryan and Tadhg Furlong, the former Irish captain hopes that a wider selection of players will follow their lead. It may prove essential to any ambition Ireland have of regaining the status they achieved under Joe Schmidt.

"To see that really nasty edge, for me, it is a great sight," remarked Brian O'Driscoll on Thursday's OTB AM, "particularly in defeat.

"It is great to see that nasty edge and I love seeing a second-row through their weight around. It was very hard to be positive about anything in that first-half, other than James Ryan's aggression which was right on the edge.

"He could've been pinged early on but I don't mind a player trying to set out a marker like that." 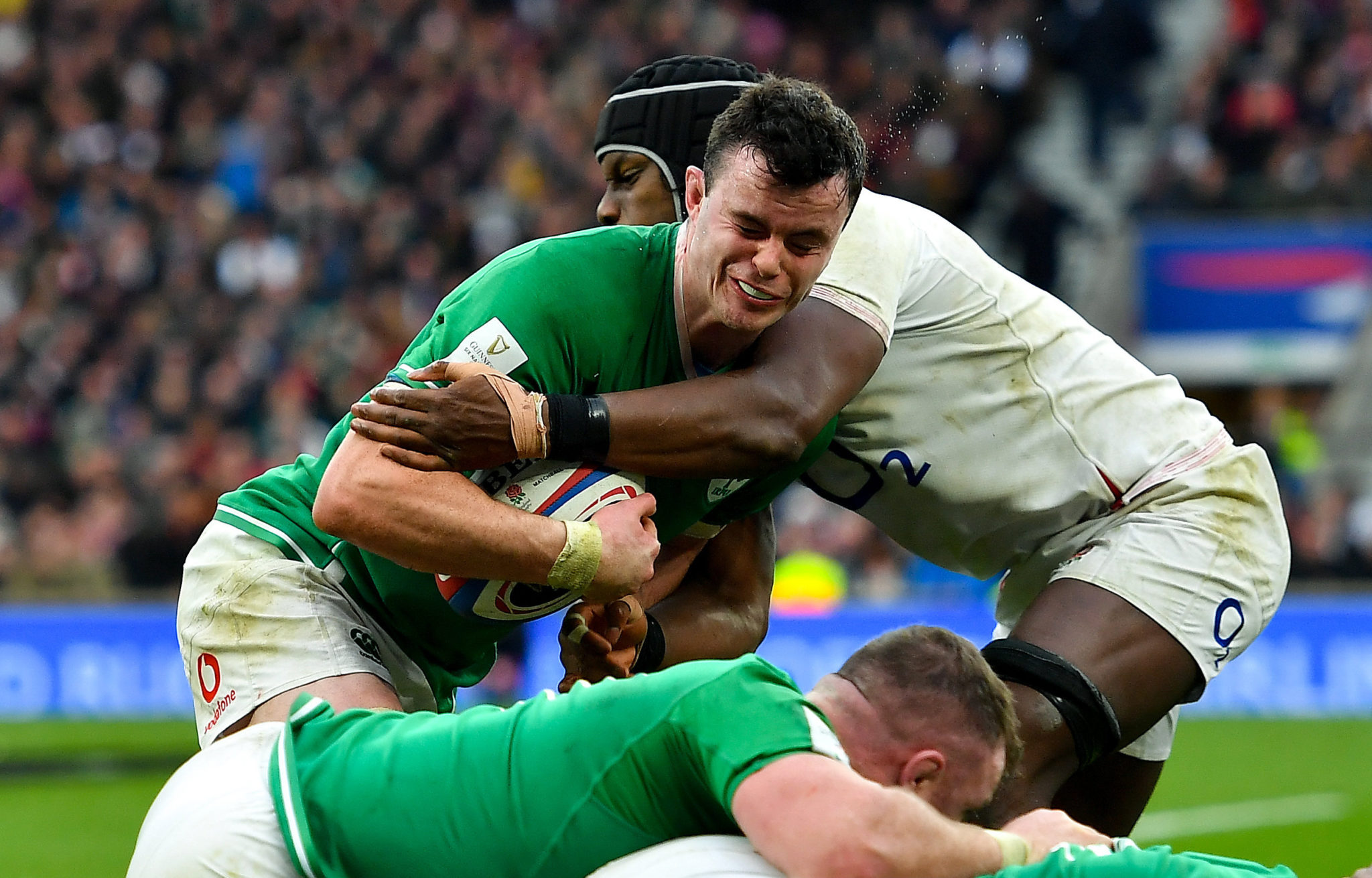 23 February 2020; James Ryan of Ireland is tackled by Maro Itoje of England during the Guinness Six Nations Rugby Championship match between England and Ireland at Twickenham Stadium in London, England. Photo by Brendan Moran/Sportsfile

In a game against England where Ireland once again looked physically inferior, O'Driscoll, pin-pointing the indomitable Maro Itoje, highlighted how effective such performers can be for the team as a whole.

"Itoje did it for the second try by holding CJ Stander and Ryan down in the ruck," noted the former Irish captain of the Saracens player's willingness to visit 'the line' frequently throughout Sunday's defeat of Ireland. "Jonathan Joseph made a break because Ireland were down two defenders.

"You run the risk of being penalised, but that was the difference. If you're there just looking to get the job done, it doesn't send out the message, 'Be afraid of us!'."

Intrinsically, Brian O'Driscoll believes that such aggression is present within Ireland's players. From his own playing experience, it has never been something that his Irish teammates or opponents have shied away from.

"Paddy Johns," he remarked of the former Ulster and Ireland Lock, "he definitely wasn't as skilfull as James Ryan, Iain Henderson or Paul O'Connell, but I remember playing against him in 1999 after playing the World Cup and I saw that his head popped up from a ruck.

"He was primed to get absolutely smashed and I came running from about 15 yards away and hit him square in the chest.

"As I'm laying there on him, he goes: "Drico, that was some shot." I'd literally given him everything I've got and he's commending me!" 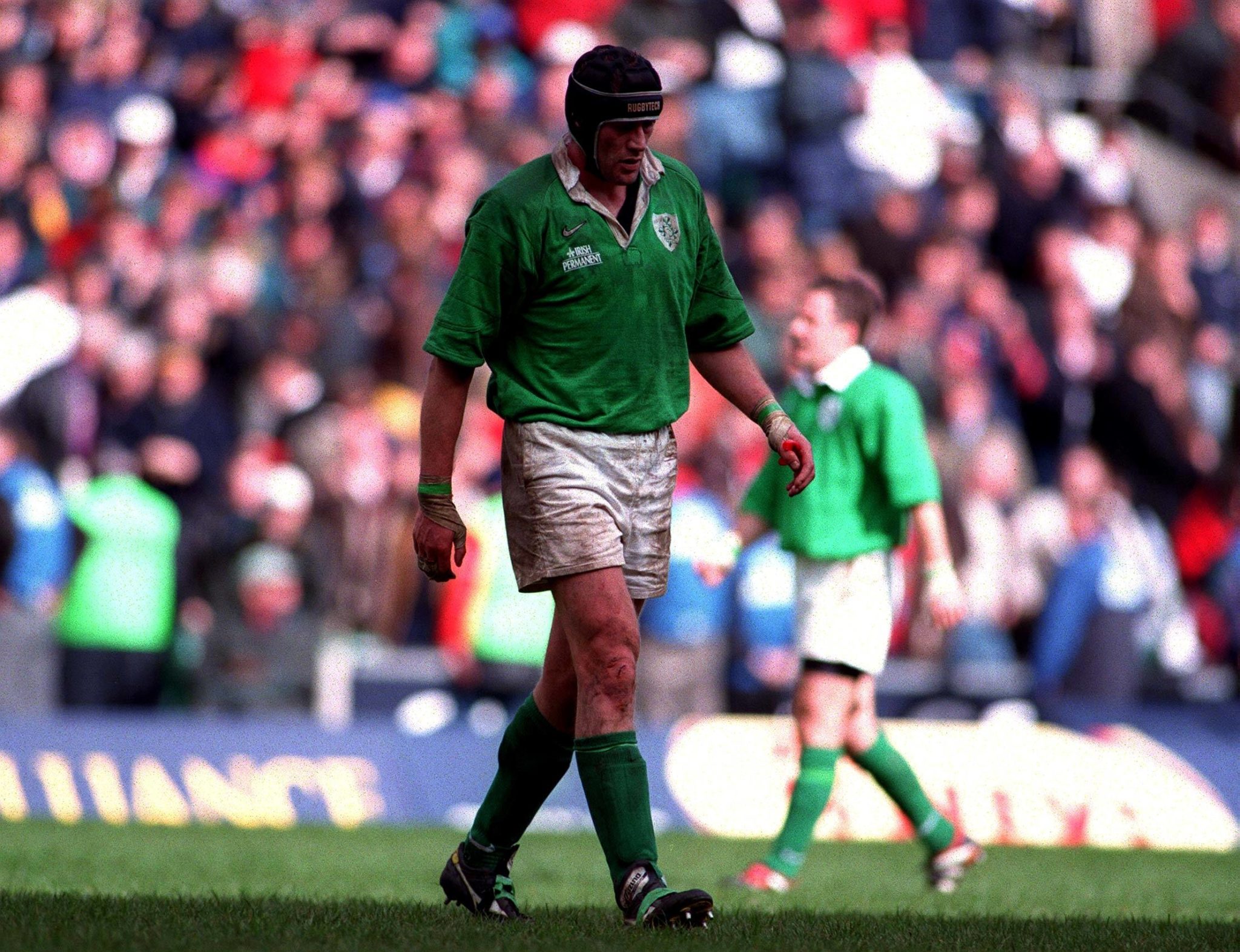 The presence of such anger and aggression in one's performance is essential, according to O'Driscoll.

"Lots of players get angry sometimes," he explained, "but playing angry the whole time is part of being a really good or world-class international player.

"To coin Paul O'Connell's phrase, you need to 'put the fear of God' in your opponent. There is an aspect of having that respect before you even take the field that you are someone who takes no backward step.

"That's why the New Zealanders rated Seanie so much because they knew they were getting it. I liked playing with guys who were up for the fight, guys unwilling to take that backward step."

Where that aspect of the Irish approach has gone may have something to do with the legacy of Joe Schmidt's rigorous determination against conceding unnecessary penalties.

"Maybe they were worried about overstepping the mark," reasoned O'Driscoll of why certain players have taken that backward step, "and being picked up [in the Monday session]."

You can watch Brian O'Driscoll back in his entirety here.