With the Rainbow Cup coming up in April, here is what Irish rugby fans need to know about the Sou...

With the Rainbow Cup coming up in April, here is what Irish rugby fans need to know about the South African Super Rugby teams. This week, we look at the Bulls.

When all four teams have been introduced, this South African writer will explain from their perspective why the Bulls are the Leinster of South Africa, while the Sharks could be compared to Munster, the Lions Connacht and Stormers Ulster.

Hailing from Pretoria, in the Highveld of South Africa, the Bulls have the most silverware of any of the SA franchises.

While they dropped off in form with the retirement of stalwarts like Bakkies Botha, Victor Matfield and Fourie de Preez, and with Morne Steyn moving to France for some time, the Bulls have found form under their new head coach Jake White.

The World Cup-winning coach has led the Bulls to two titles in the six months since he took over, and with the return of Steyn and the introduction of another World Cup winner in Duane Vermeulen, the Bulls are looking to be a force to be reckoned in the Rainbow Cup.

What makes the Bulls so dangerous is not just their experience, as they are loaded with a group of young, exciting players such as Stedman Gans and Nizaam Carr.

Speaking to OTB Sports, Gans and Carr gave some insight into their preparations for the new tournament.

“The coaching staff and management have done a bit of research on how the Pro14 teams play, their ball in play and stuff like that,” Gans said.

“We are preparing to match what they bring to the field. Obviously with the conditions that are going to be different, we are going to have to put plans in place for that.” 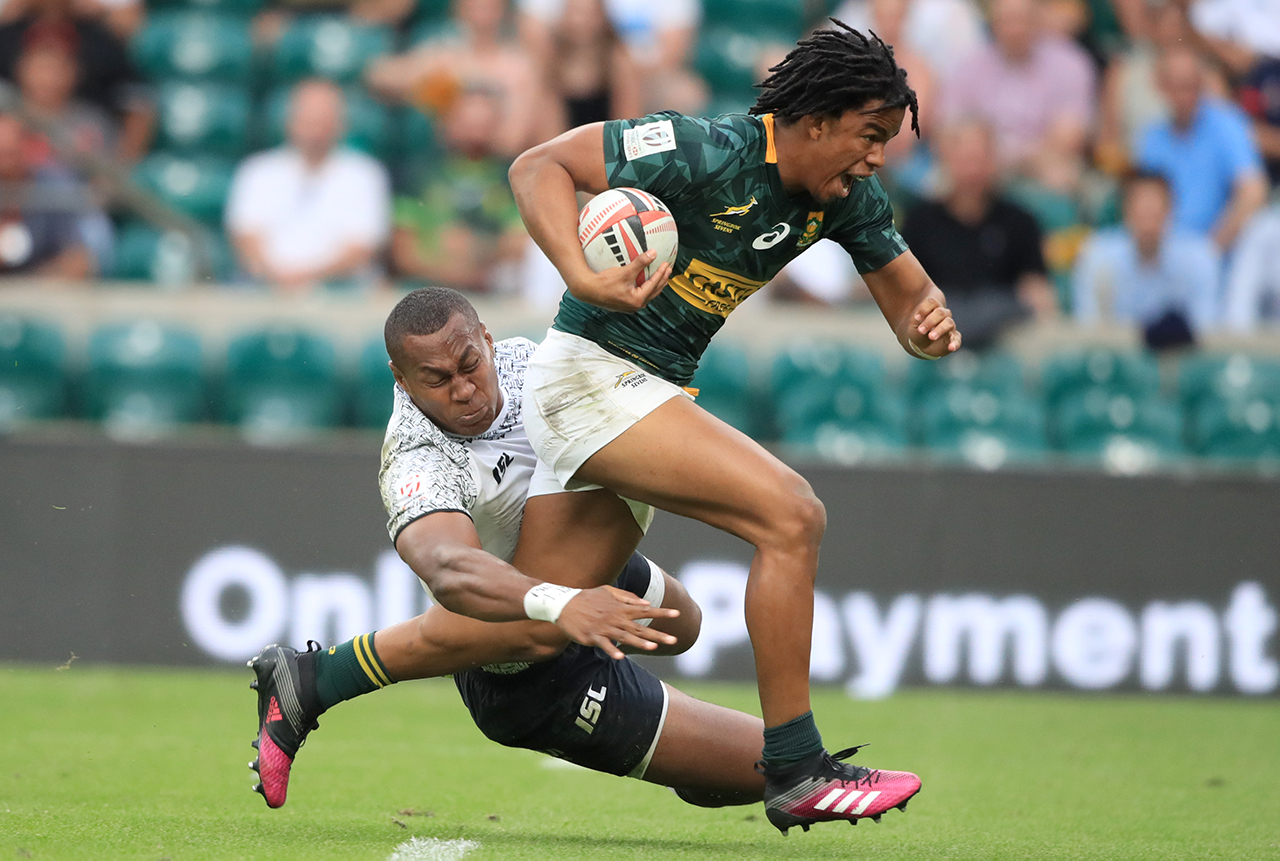 Balancing experience with the hunger of youth

Gans, who has scored 60 points for the Blitzboks on the HSBC Sevens World Series, is confident that the Bulls will prepare for each match as they come up.

“The way that we played in the Currie Cup, we played a very territorial game,” Gans said.

“We don’t actually have a set way of playing throughout the season, so for instance when we played against the Sharks in Durban, we knew that the humidity and that night there was going to be a bit of rain, so we prepared for that.

Check out our latest Rugby chat with Alan Quinlan below:

The Bulls will be well-prepared for any conditions as they travel up north, with a number of players having gained experience in France, England, Wales and Ireland.

One such player is the 29-year-old Carr, who played two seasons with Wasps, and travelled to Dublin and Belfast to take on Leinster and Ulster in Europe.

“We have got a number of boys that have played overseas,” Carr said. “But that is not the end all and be all; we cannot just rely on that.

“We said that we want to be better in everything that we are doing. We know how good the teams are overseas, the Leinsters, Scarlets and teams like that.”

The 23-year-old Gans suggested that the experience of players like Carr invaluable to his teammates.

“Players like Nizaam Carr, Morne Steyn and Duane [Vermeulen] that have played all over the world do bring a certain knowledge and expertise to the team,” Gans said.

“[They also bring] A bit of calmness around the whole new scenario. It is new for all of us and they just bring us a little bit of comfort.

“Someone like Morne is very experienced at flyhalf, he can control the game in any conditions because he has seen it all before.” 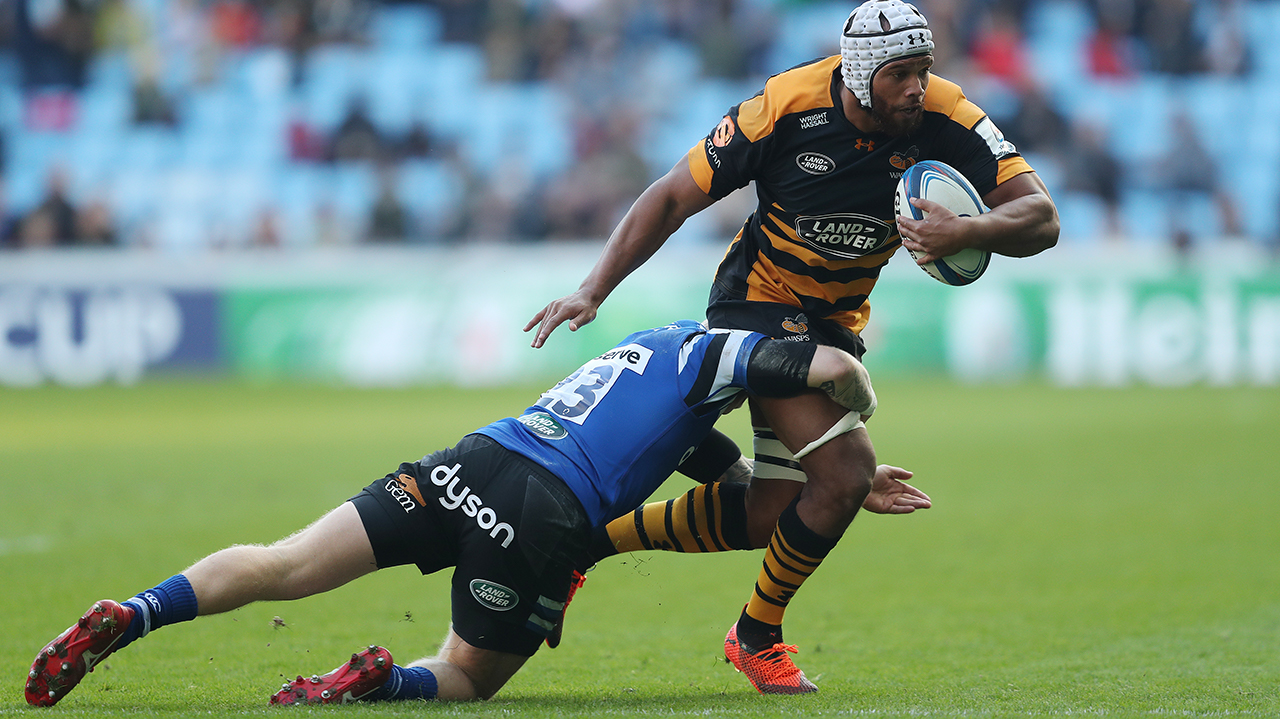 The Bulls are not just muscle and no flair

Historically, the Bulls have been a bullying team, using their powerful forwards to push their opponents around.

Carr, though, mentioned that this year his side will look to add some more attacking flair to their power game.

“We pride ourselves on wanting to maul teams and being physical, the usual Vodacom Bulls way.” Carr said.

“But with the players that we have got, they are complete athletes; they can run the ball, they can offload, and that is where I want to see us make a big step up.

“A lot of the times we think that the northern hemisphere is a lot slower with maybe bigger boys and it is quite wet.

“But I tell you, the pitches are actually quite fast; there might be rain on the day, but you can still go about and do your thing; step, have your inter-play and things like that.”

Both Gans and Carr are excited to bring the Bulls’ unique style of play to a new set of fans.

“We are really looking forward to coming up north and meeting new people, getting to know the place and playing some entertaining rugby,” Gans said.

“We know the rest of the teams in South Africa are going to bring that physicality, but we also want to spice it up,” Carr added.

“We want to be warriors; we want to win every battle. The way we grow up in South Africa it is tough.

“I grew up in a disadvantaged area, and I am sure a number of players all over South Africa have had the same upbringing.

“So that is all we know. We don’t want to fight but we will fight it out. Wherever there is a contest we want to come out on top.”

It is not yet confirmed whether the Rainbow Cup will consist of home and away matches for all sides, as fixtures are not yet finalised.

However, the competition is set to get underway in April with the provinces welcoming the Super Rugby franchises for the first time.