Connacht will have a tough route to the Heineken Champions Cup quarter finals as they will face Leinster in the Round of 16.

Connacht will have a tough route to the Heineken Champions Cup quarter finals as they will face Leinster in the Round of 16.

For the first time, all four Irish provinces qualified for the knockout stages of the Champions Cup. Ulster will take on Toulouse, while Munster will face Exeter after Montpellier's victory over the English side.

If Exeter had beaten Montpellier, Munster would have taken on Sale. However, Montpellier's 37-26 victory means that Johann van Graan's men will face Exeter in the two-legged knockout stage.

Munster will travel for the first leg of their round of 16 match-up before hosting the second leg at Thomond Park.

Ulster will have a tough two games ahead of them, as they will face the defending European champions in the home and away knockout stages. 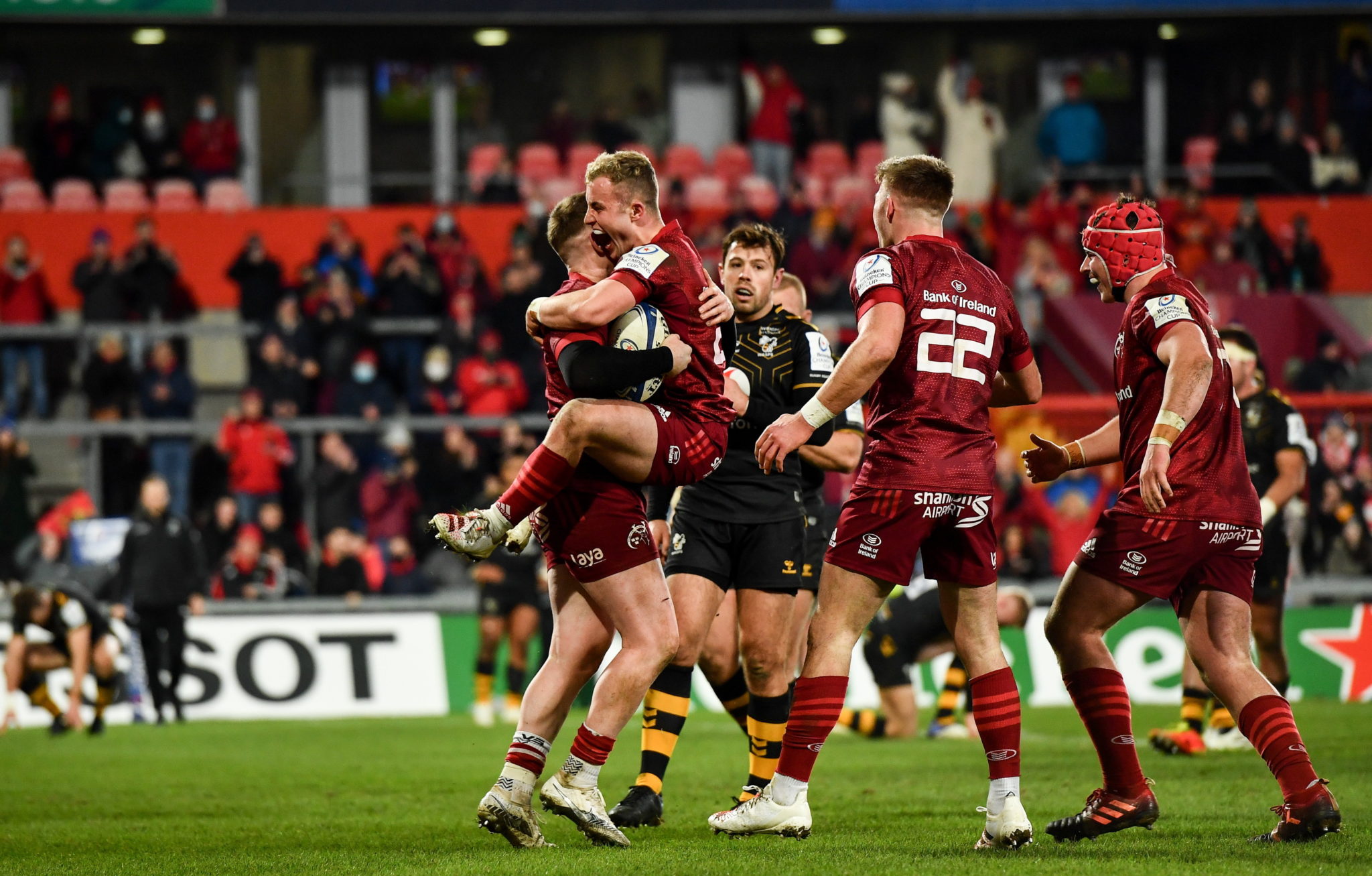 23 January 2022; Rory Scannell of Munster, left, celebrates with teammates, including Craig Casey, second from left, after scoring their side's sixth try during the Heineken Champions Cup Pool B match between Munster and Wasps at Thomond Park in Limerick. Photo by Sam Barnes/Sportsfile

If both Munster and Ulster progress, then the Irish provinces would meet in the Kingspan Stadium. If Munster beat Exeter and Toulouse win their tie, then the champions would head to Thomond Park.

Should Exeter beat Munster, and Ulster beat the defending champs, then Exeter will head to the Kingspan.

While Connacht have beaten Leinster in a final in the PRO12 final in 2016, beating Leo Cullen's men in two legs will surely outweigh the significance of that result.