Former Ireland flanker Alan Quinlan joined OTB AM on Friday to talk about the role of form when s...

Former Ireland flanker Alan Quinlan joined OTB AM on Friday to talk about the role of form when selecting the Ireland squad for the remainder of the Six Nations.

Andy Farrell announced his 35-player squad for the conclusion of the 2020 Six Nations on Thursday, with six uncapped players making it in.

Tadgh Furlong has missed out due to injury, however there a few other players that would have been expected to be named that were not.

The biggest controversy in the squad could arguably be the omissions of John Cooney and Devin Toner, although Ryan Baird has kept the experienced Toner out of Leinster’s starting line-up in recent times.

Quinlan thinks that it is important to pick on form, even if sometimes that is not always the case.

“Picking players on form is always debatable because some guys get picked and they are not in form,” Quinlan said.

“The experienced internationals sometimes [have been] brought in to various different squads in the last couple of years on the back of reputations.

“That frustrates a lot of players.” 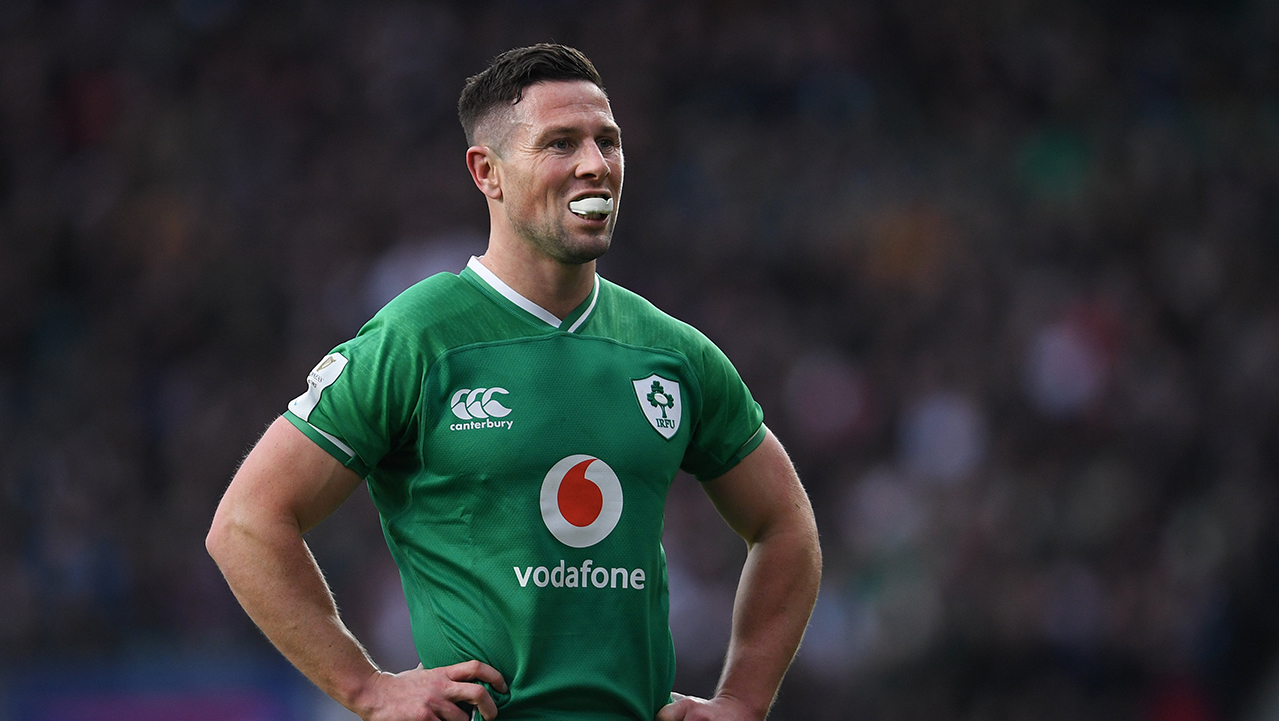 John Cooney of Ireland during the Guinness Six Nations Rugby Championship match between England and Ireland at Twickenham Stadium in London, England. Photo by Ramsey Cardy/Sportsfile

It is John Cooney who Quinlan feels sorry for, though.

Prior to the lockdown in March, Cooney was expected to start in the no. 9 jersey against Italy, and was even expected to get a number of test caps for the Lions if his form continued.

This form, though, has not been seen since rugby returned in Ireland.

“John Cooney, by his own admission, probably would say that his form wasn’t the best since rugby came back in August,” Quinlan said.

“He probably pays the price for team deficiencies in Ulster. They didn’t play that well, being beaten by Connacht.

“They had a very good win in Edinburgh, but the change made at half-time with Matthewson coming on and then not starting in the final has an effect on that selection.”

Quinlan thinks that two of the three scrum-halves selected by Farrell have earned the opportunity at the national level with a string of good performances.

“It is a harsh one, but Gibson-Park has played really well and I think [Kieran] Marmion has shown that he is back in form,” Quinlan said.

“He has had a lot of injuries in the last couple of years, and there is real ability in Marmion to play a high tempo game as well.

“It is tough on John Cooney.” 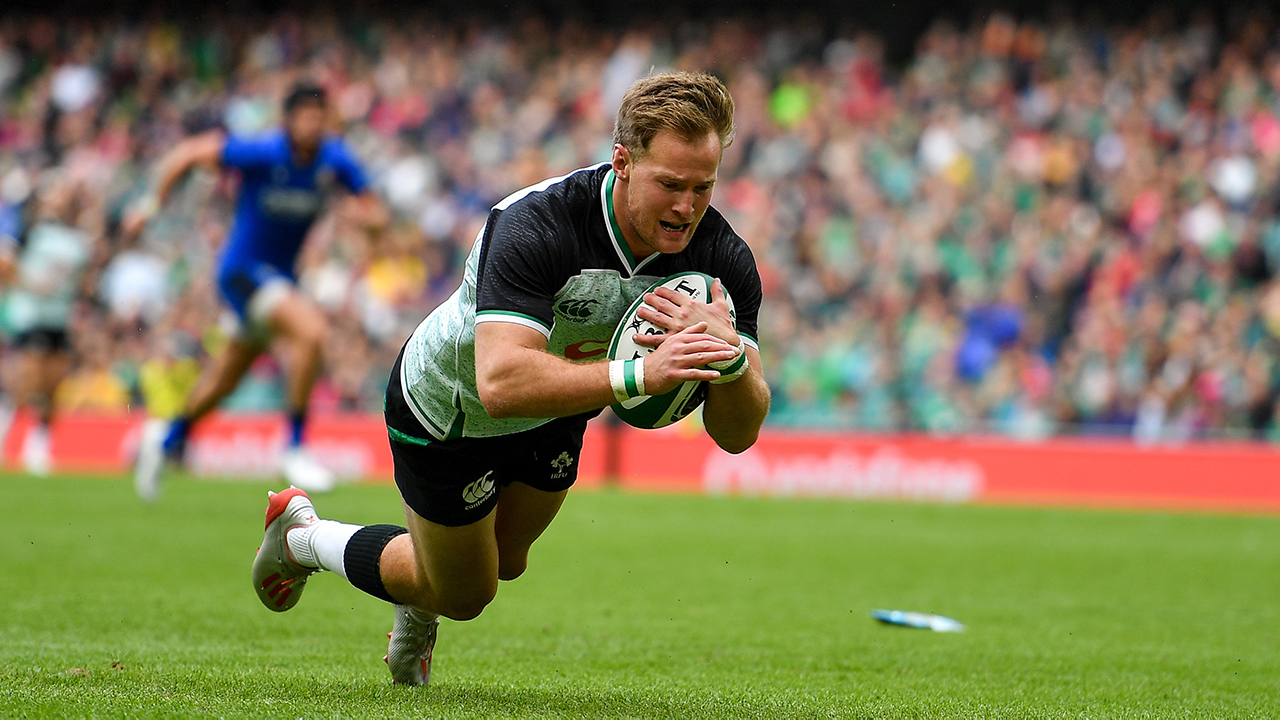 Kieran Marmion of Ireland scores his side's fourth try during the Guinness Summer Series 2019 match between Ireland and Italy at the Aviva Stadium in Dublin. Photo by Brendan Moran/Sportsfile

The question though surrounds the form of Ireland’s long-standing first-choice no. 9, Conor Murray.

Murray’s performances in the last two matches of the PRO14 season last month were criticised by many, however, Quinlan thinks that he still has the ability that keeps him in national set up.

“You could argue that Conor Murray didn’t finish out the season [well] with that semi-final against Leinster, he came in for some criticism,” Quinlan said.

“[He was criticised] not for the amount of box kicking but probably the accuracy and just his overall performance.

“Murray is always going to get picked because, in fairness, of what he has done and what his ability is.”

Quinlan suggested that, while the goal is often to pick on form, ability and service to the jersey should not be ignored entirely.

“There is a balance between rewarding players who have been there,” Quinlan said.

“Conor Murray has been world-class in the last couple of years, albeit in the last year he hasn’t been.

“He had that neck injury and he didn’t hit the ground running since he came back.

“He played really well in that first Leinster game, that first game back, so of course he can still do it and he’s a top-quality player.

“I think he is still the person in the driving seat.” 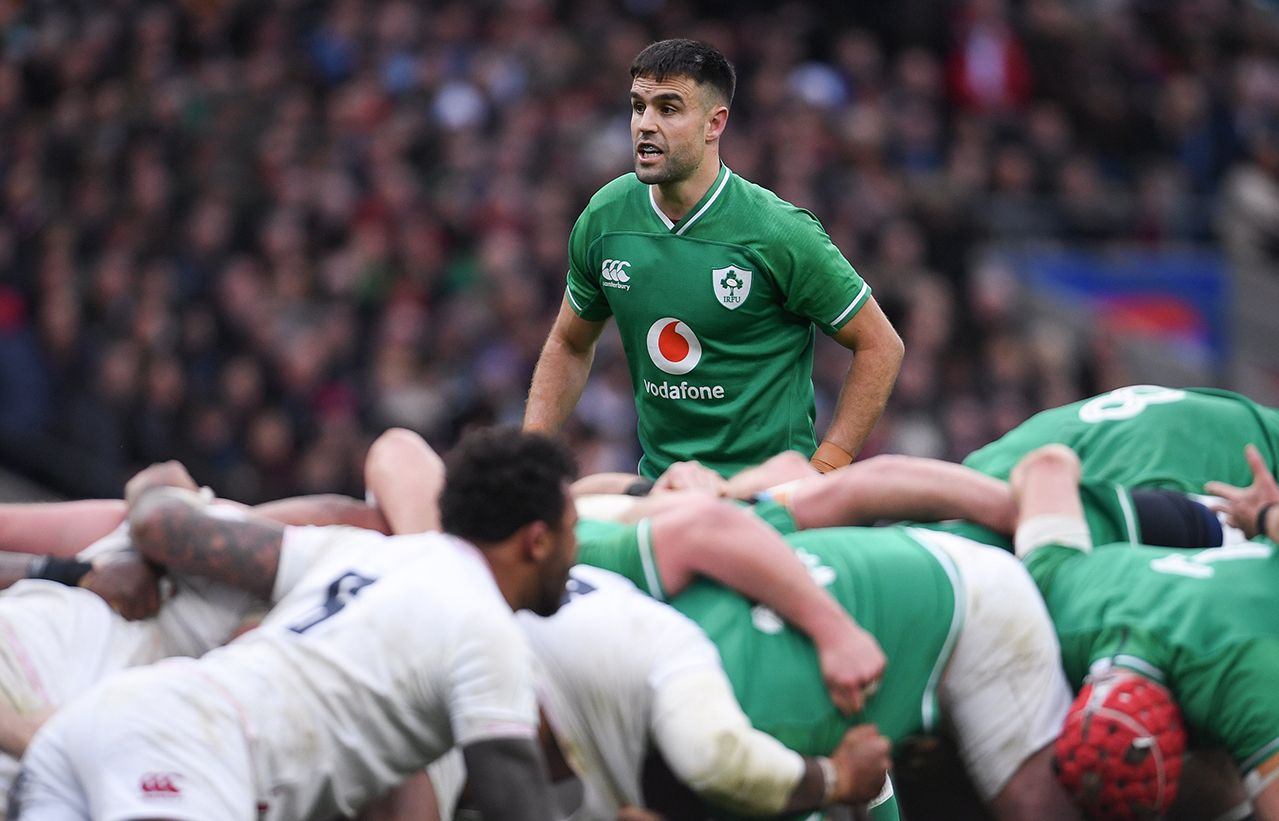 Conor Murray of Ireland during the Guinness Six Nations Rugby Championship match between England and Ireland at Twickenham Stadium in London, England. Photo by Ramsey Cardy/Sportsfile

Quinlan thinks that Murray will have to start against Italy in order to prove that he can rediscover that form that made him one of the best halfbacks in the world two years ago.

“If they get a good performance against Italy and he plays well, he starts against France when they go to Paris,” Quinlan said.

“There is much more pressure on him, much more scrutiny on his performances and that’s what you have got to deal with at this level.

“Until Ireland get a consistent run of wins going, get that feel-good factor back in, there will be scrutiny on Conor’s performance.”