The Red 78’s Alan Quinlan appeared on Friday's OTB AM to discuss Ireland's back row possibilities approaching the 2022 Six Nations.

The Red 78’s Alan Quinlan appeared on Friday's OTB AM alongside Johnny Ward and Will O’Callaghan to discuss Ireland’s back row possibilities approaching the 2022 Six Nations.

Quinlan is of the opinion that the triumphant line up against New Zealand of Caelan Doris, Josh Van Der Flier and Jack Conan will remain principally unchanged in the forwards.

Notably an all-Leinster selection from the Munster legend, he chose to 'stick with reality' in the depth chart perspective. He admitted that, while 'we all have our biases towards our provincial teams you’ve got to be honest, direct and straight'.

“It’s hard to argue with that kind of quality…They’re the best back row at the minute," Quinlan added.

The potential to 'mix and match very easily' amongst the back row mitigated, Doris’ Man Of The Match display against the All Blacks at the end of last year almost secures his position beyond doubt for Quinlan.

He believes that it proved Doris is in fact the 'full package'.

“He’s always been touted to be this good. We saw the best of him in November and hopefully we will see that going forward with Ireland whether it’s at number eight or number six,” Quinlan said.

A 'natural footballer' too, his spot on the field could arguably only come under contention at the minute if an injury were to surface or if something were to happen to number eight teammate Conan, in which case veteran O’Mahony would be The Red 78 host’s pick to replace him.

Next in line would be 25-time Ireland capped Tadhg Beirne, with the versatile Dan Leavy who is returning from injury bringing up the rear.

Honourable mentions include bolters Paul Boyle (Connacht), Nick Timoney (Ulster) and finally Cian Prendergast (Connacht) who the former Munster player styled as 'one for the future'. 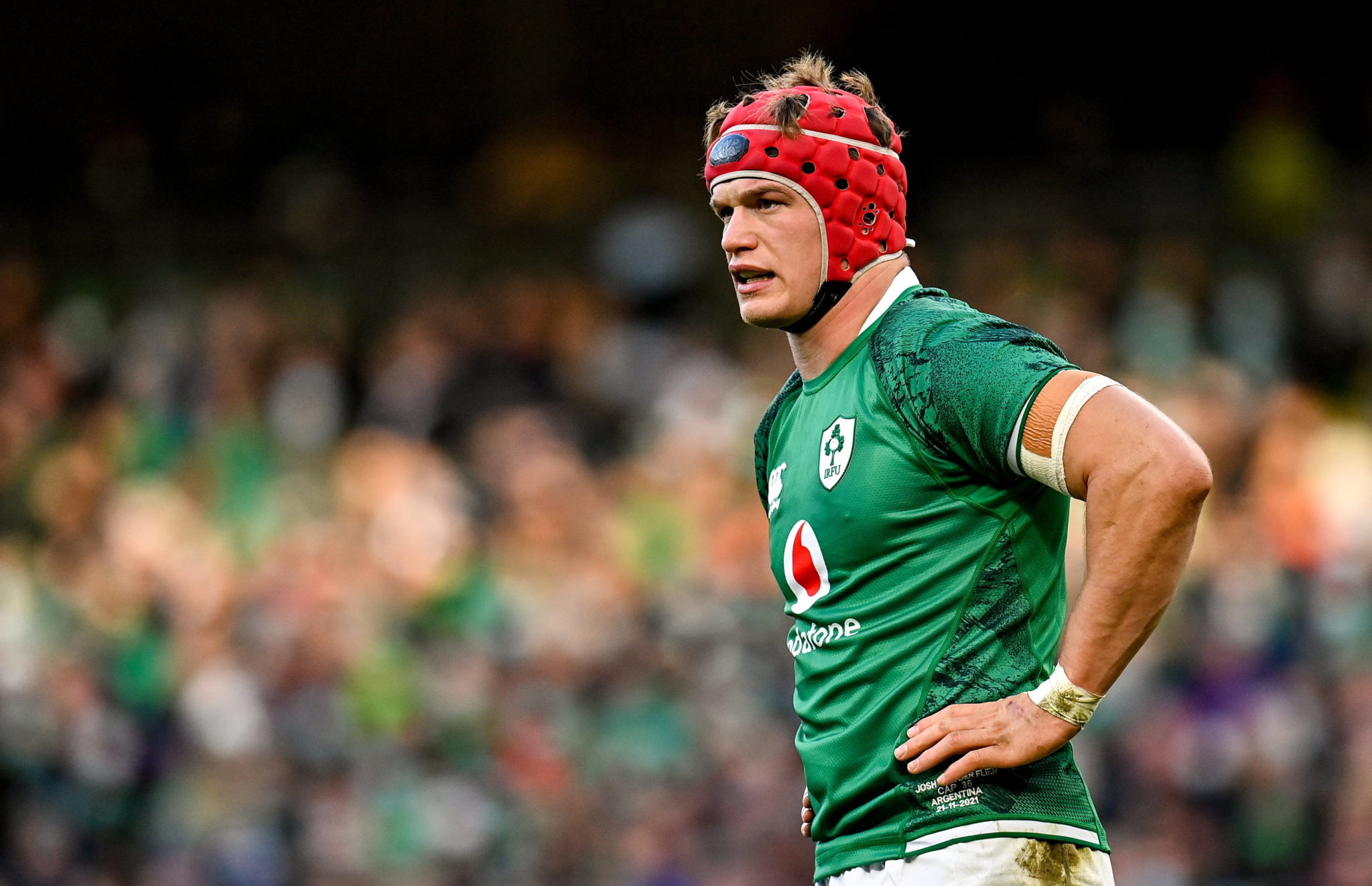 Assured that there 'will never be another David Wallace', Quinlan cites Josh Van der Flier as number one in the Ireland seven jersey in 2022. His explosive ball carrying skills and consistency are key facets to his game.

O’Mahony again graces the conversation as first backup in this location. His vital leadership performances with Munster and his 'top notch' Argentina showcase give rise to Quinlan liking 'the way he was going about his business'.

“Obviously his biggest strength is that breakdown and lineout work,” Quinlan commented.

“I just think if you are picking a team and you have a Peter O’Mahony at your disposal, you have the best out of him, he’s fit, gone through a good period of conditioning and he’s ready for action it’s hard not to consider him.

"I think Andy Farrell always will unless he has a real dip in form.”

Will Connors, Scott Penney and Josh Hodnett also enter the debate, with Conor Oliver in particular increasingly arising into the discourse.

“If I saw Conor Oliver picked for Ireland in the morning I’d be really optimistic that this guy can do a job here and compete at this level,” Quinlan explained.

“He’s had a tough couple of years with disappointment down in Munster and didn’t get enough opportunities, but he’s a mainstay in that Connacht back row now and I think his game has come onto another level.

“He’s not the biggest guy in the world but he’s making a lot of carries and is very aggressive, has that bit of niggly edge that a good seven would want. I think he’s probably used to the opposition thinking that he is a little bit fragile but he’s not.” 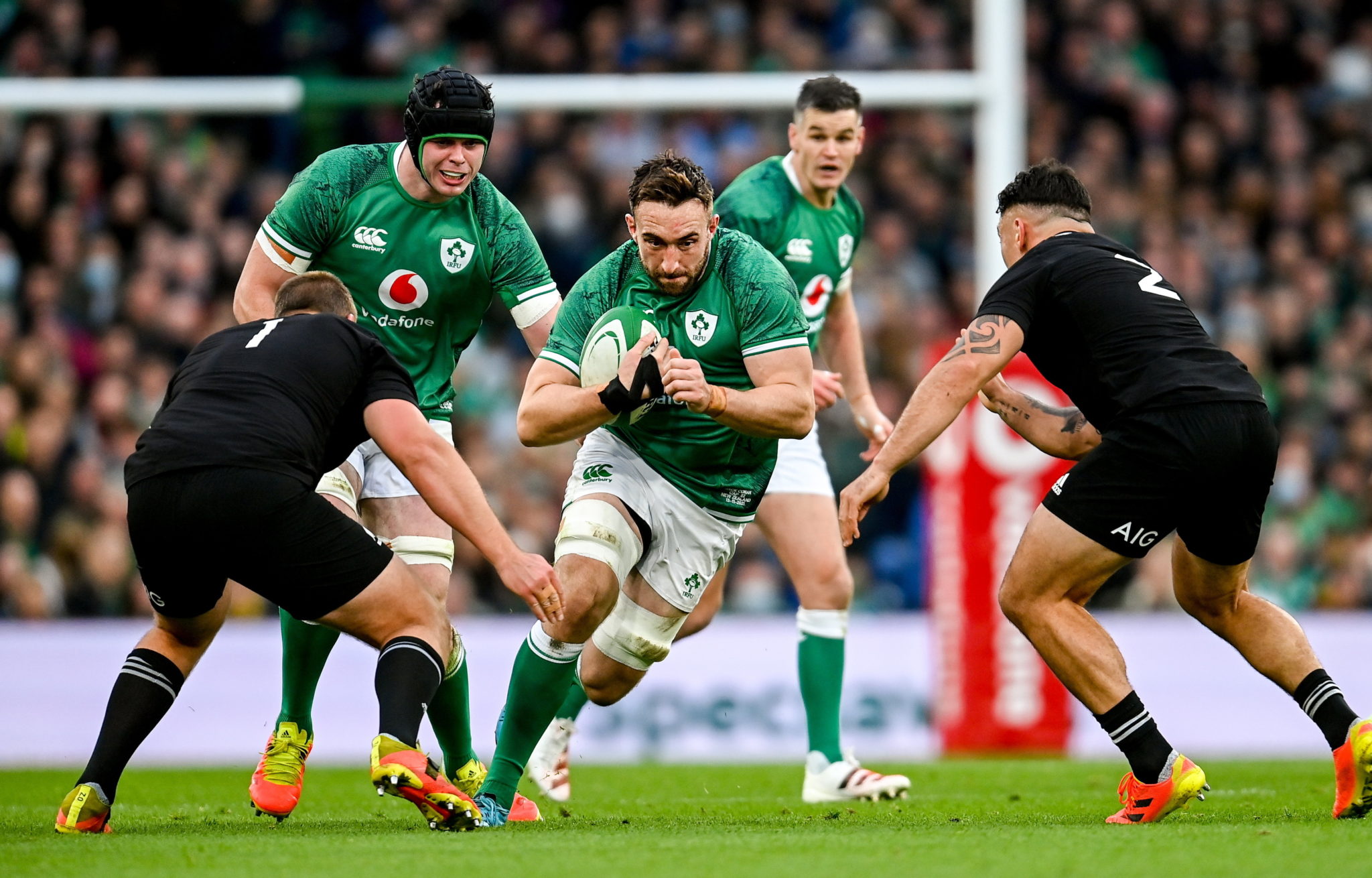 Seeing as the last year has generated 'the best of Jack Conan', the Leinster and Ireland competition for starts between himself, Dorris and Max Deegan has prospered Conan to be the ultimate number eight according to Quinlan.

Donning 'one of the best performances in a really dreadful Lions series', the 29 year old also put on a phenomenal exhibit at the Autumn Internationals, smiling down the All Black’s haka and backing it up with a stellar first face off with the world renowned outfit.

Rhys Ruddock has been pegged as a possible bolter by Quinlan too having 'never let the side down' in any major capacity, rounding off a line up with plenty of 'different attributes and strengths'.