A lack of durability cost Jonathan Sexton a place in this summer's Lions squad, according to head...

A lack of durability cost Jonathan Sexton a place in this summer's Lions squad, according to head coach Warren Gatland.

The Kiwi has been explaining some of the tough calls he had to make before deciding upon his travelling party of 37 for the tour of South Africa.

Gatland has also offered his reasons for James Ryan's exclusion, highlighting one particular game that may have cost the lock a place in the squad.

A Lion under Gatland in both 2013 and 2017, Sexton's name was one of the most high-profile absentees when Jason Leonard revealed the squad Thursday lunchtime.

The Ireland captain is currently sidelined with concussive problems, having taken a third knock to the head inside three months in the Heineken Champions Cup quarter-final win over Exeter Chiefs.

And Gatland says concerns arising from those frequent lay-offs informed their decision to omit Sexton.

"Look, there's no doubt that that was one of the toughest decisions that we had to make," the head coach told a press conference.

"And we've got a huge amount of respect for Johnny and his quality.

"But, it's such a pivotal position for us, and it's about sending a message to the 10s that we have selected that we have the confidence and belief in them to do a job. 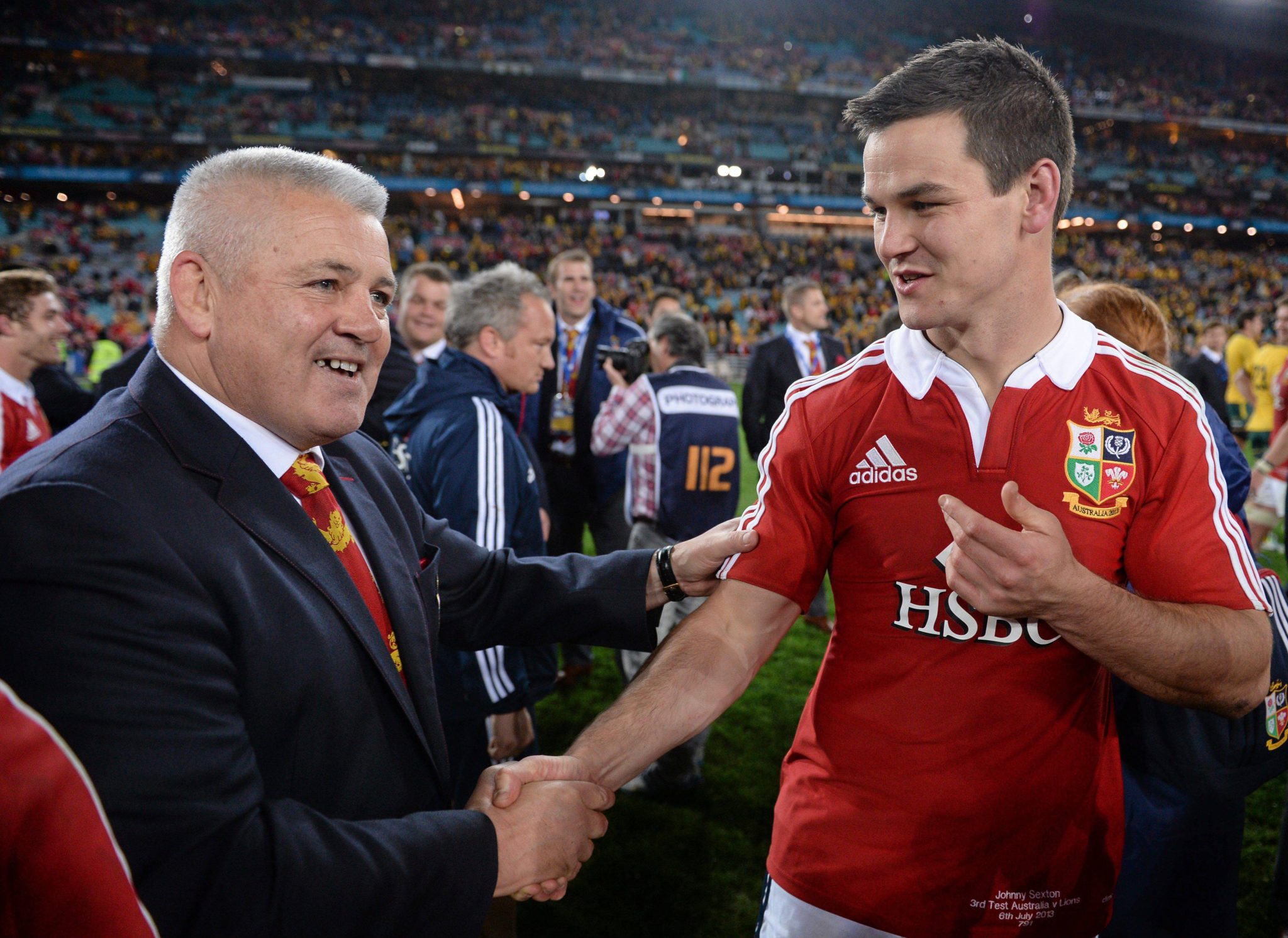 "And when we looked at where we were going, in South Africa, probably the thing that kept coming back to us was Johnny's durability and being able to put a string of matches together consecutively - and big matches together.

"He's been rested on a number of occasions, and unfortunately that's possibly what swayed it for us in terms of us not having the confidence that he can get through what's going to be a tough, physical tour."

Iain Henderson and Tadhg Beirne were both named among the second rows that will be heading south this summer.

But there was no room for James Ryan in the 37-man squad.

Gatland was asked about the Leinster lock's exclusion, and also the surprising call-up of Connacht centre Bundee Aki.

"[There were] a lot of tough calls, and James [Ryan] was pretty unlucky," the former Wales head coach said.

"For us, it was getting that balance right with our second row and back row options, and cover in certain positions as well, and players being able to play the second row or back row.

"James has been pretty unlucky. I thought we an example - for me - last weekend with Leinster against La Rochelle.

"And if you want to have a look at a match, probably the La Rochelle side reminded me of what we're going to face in South Africa.

"And probably in the last couple of years with Leinster, and a couple of those big games.... I know they were really good against Exeter, we saw in that weekend, and we saw probably 12-months ago against Saracens in the European match where people have really gone pretty hard at them physically up front.

"On the Bundee [Aki] situation, I thought that combination of Bundee Aki and Robbie Henshaw was outstanding for Ireland against England.

"We've got to be able to have that balance between the physicality that they bring, and also the ability for us to play rugby - and I think both of those players have got that.

"They can mix it, and be able to roll their sleeves up when it does get tough, but they also can play some pretty positive and very attractive rugby also."

Meanwhile, Andrew Porter was the beneficiary of another of the coaching staff's close calls.

The versatility of the Leinster prop saw him make the cut ahead of the likes of England's Kyle Sinckler.

"Looking at South Africa," Gatland said, "You have to have players - and particularly in your forward pack - that just don't put the ball under their arm and run hard and straight.

"You've got to have players with footwork, and I think Simmonds have got that - he's got pace.

"Faletau's definitely got footwork as well, so... it's not about trying to match them physically, you've got to have players who can do that, but you've got to be able to bring some variation in terms of your attacking options.

"And Simmonds, from shorter line-outs, and the way that he can use them he's got that variation where he's got the pace, and sort of variation in terms of some of the line-out options that they use off the back of the scrum.

"He scores tries, so [I'm] really excited about him getting that chance. Kyle [Sinckler] was very unlucky.

"We spoke about that, looked at a couple of the tighthead options there and went for Andrew Porter because [of] his versatility, being able to cover both sides.

"So a really tough call on that, but we're pretty happy with the balance that we've got at the moment."