We're getting to the closing stages of our 'Greatest AVIVA Moment' poll - this week we've been lo...

We're getting to the closing stages of our 'Greatest AVIVA Moment' poll - this week we've been looking to find out which rugby moment in the stadium was your favourite from the last decade.

Robbie Henshaw's try against England in 2015 has already made it through to the final, but you can still vote here to choose the rugby moment that will join it in tomorrow's decider.

It's Jacob Stockdale's 2018 try in the incredible win over the All Blacks up against Brian O'Driscoll's Six Nations record-setting try against England back in 2011.

It's time for semi-final #1 in our 'Greatest AVIVA Moments' rugby series!@henshawrob try v England in 2015
V
Ryan Crotty All Blacks try in 2013@AVIVAIRELAND has been the proud sponsor of the AVIVA Stadium since 2010. #SafeToDream

On OTB AM this morning Ger and Eoin discussed those moments, with Eoin suggesting Stockdale's try will be hard to beat.

"Last week when we were talking about the Denmark game and how amazing the atmosphere was, and it builds on that night [but] was eventually eradicated by Christian Eriksen and his compatriots, this was not the case with the All Blacks!

Ger made the point that Ryan Crotty's last-minute try for the All Blacks to beat Ireland seven years ago was unlucky to miss out on the decider.

"I think, a bit like the Mayo football team, unlimited heartbreak is part of what it means to be an Irish sports fan, in everything. The last minute, it's so iconic Ireland losing in the last minute.

"You think of Gordon Hamilton against Australia in a World Cup quarter-final... and then that great Australian team goes on to win the World Cup, march down the pitch and beat us.

"If we don't have those, we might lose the run of ourselves and have another Celtic Tiger, and sure that's no good for us, is it?

"I do think we should make an accommodation with our defeats, and think about how we deal with them and why we suffer them so often." 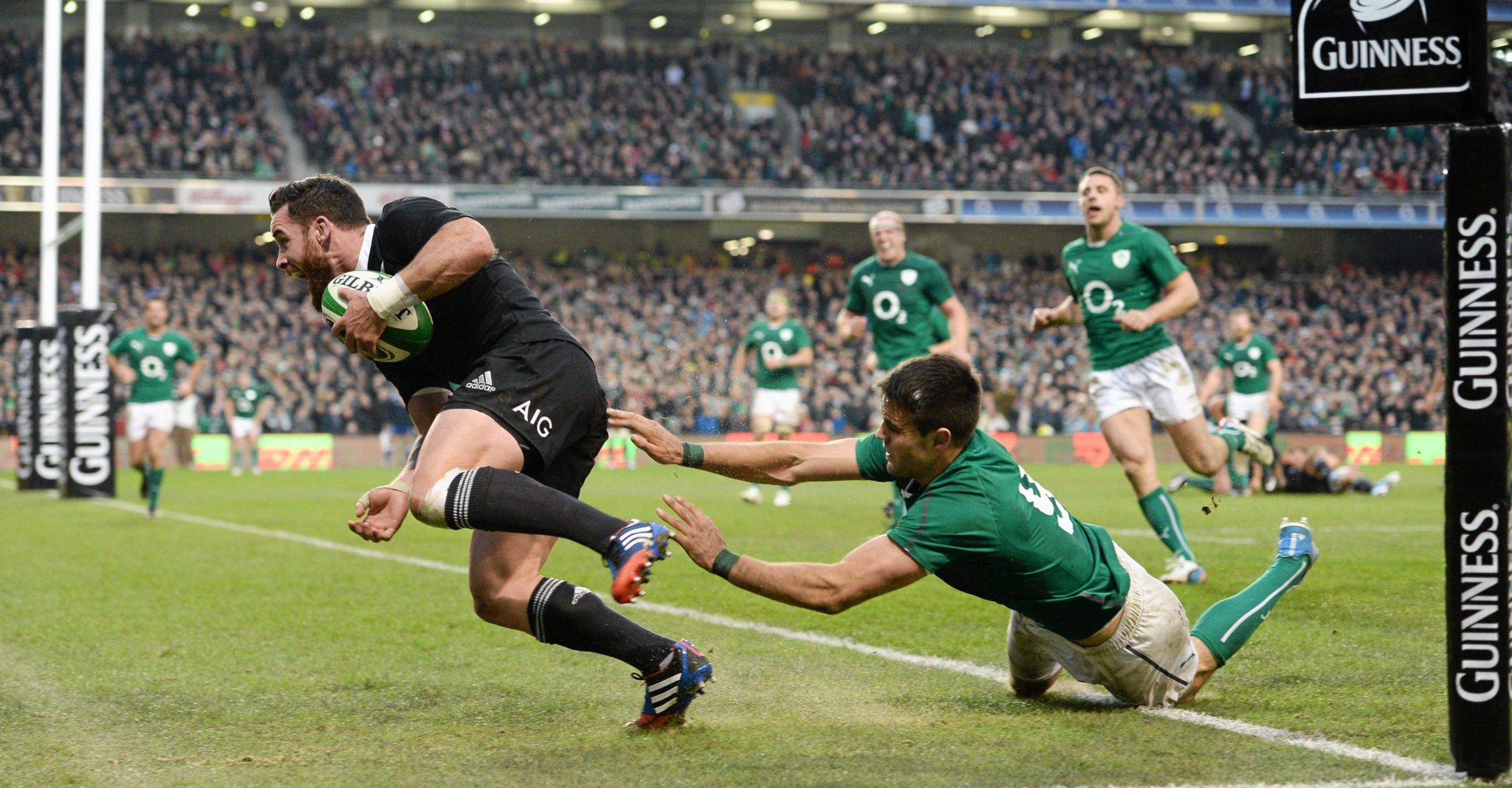 Eoin argued though that we shouldn't celebrate our defeats in lieu of the moments that have filled Irish rugby fans with joy over the last ten years.

"The just desserts of that is Jacob Stockdale's try. We're surely not going to put Robbie Henshaw's try against England, or any win against England for that matter, behind a defeat to the All Blacks, an agonising defeat at that?"

Ger ultimately agreed that the Henshaw try from five years ago deserves its rightful place among the great AVIVA Stadium moments.

"It was beautifully fielded, the best Westmeath fielding you're going to see this side of John Heslin, and it's [the] killing of England, which we very much enjoy."

Aviva Ireland has been a proud sponsor of the Aviva Stadium for 10 years. 4. Since 2010, over 7.2 million fans from around the world have attended matches at the Aviva Stadium. We’re encouraging fans to tell us your favourite moments from the iconic venue by following Aviva Ireland on Instagram and Twitter and sharing them using #SafeToDream

EXCLUSIVE: 'You're ready to move on, but re-living a nightmare' | Joe Schmidt

Ryan Crotty's stadium silencer - is it one of the Aviva's greatest moments?