Harry Byrne has "huge potential" and the "x-factor" | Alan Quinlan

Former Ireland flanker Alan Quinlan feels the time has arrived for Harry Byrne to be given an opp...

Harry Byrne has "huge potential" and the "x-factor" | Alan Quinlan

Former Ireland flanker Alan Quinlan feels the time has arrived for Harry Byrne to be given an opportunity at senior international level.

Ulster fly-half Billy Burns made three errors in the last ten minutes of yesterday's Six Nations defeat to Wales in Cardiff after getting a place on the bench ahead of Ross Byrne.

With the clock in the red, Burns kicked a penalty while attempting to place it within five-metres of the Welsh try-line, a decision which was defended by his captain Johnny Sexton.

"Like, as a 10 you have to go for it," the Ireland skipper said when asked about Burns' mistake after the game.

"I did the same thing in this corner, sometimes you miss and sometimes you get it and you're a hero, but you have to go for it because there's a big difference between a line-out from 10-metres and from 5-metres." 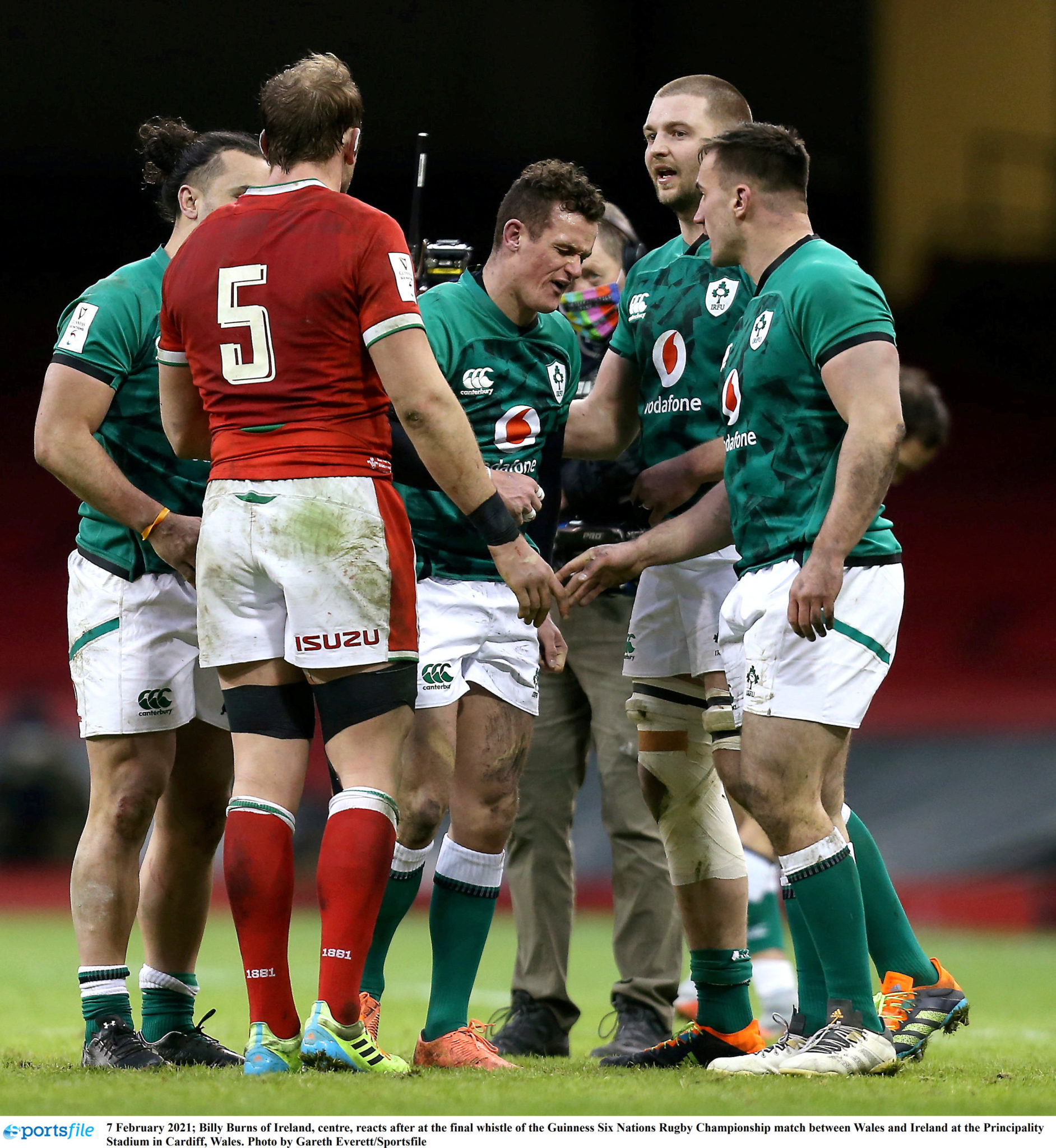 7 February 2021; Billy Burns of Ireland, centre, reacts after the final whistle of the Guinness Six Nations Rugby Championship match between Wales and Ireland at the Principality Stadium in Cardiff, Wales. Photo by Gareth Everett/Sportsfile

Sexton himself is set to have a HIA today after taking a knock to the head at the Principality Stadium, putting his involvement against France this Sunday in doubt. With debate raging over whether Ross Byrne could potentially deputise for his Leinster teammate a the weekend, Quinlan told OTB AM that he feel Ross' younger brother Harry should come into the reckoning.

"I'm leaning towards taking a chance here. Even if we were to have a poor Six Nations and to lose against France, maybe giving Harry Byrne that time to experience the pressure cooker that is international rugby is the thing to do. I'm kinda leaning towards Harry Byrne."

"He has youthful exuberance, no baggage, he's very talented. He's untried and untested at this level but we'll never know unless he's put in there. In an ideal world he'd have played a lot more of the European games for Leinster, he has played plenty of PRO14 this year and has game-time under his belt.

"He has that little bit of x-factor, that confidence and that natural athleticism as well that you want, he's a big guy. I think that's what he would bring to the team and unless we try him then we won't know.

"Previously we tried out players against Italy but maybe it's now the time to throw someone like him into the fly-half position. If Johnny Sexton is passed fit, he'll start against France but having the option of someone like Harry Byrne, now is probably the time to try that."

In the wake of yesterday's defeat in Cardiff, former Ireland and Lions captain Brian O'Driscoll called for the 21-year-old to be brought into the squad.

"Sport can be ruthless and it has to be ruthless at that level," Quinlan added. "Drico's tweet about getting Harry Byrne fast-tracked, well I think he should have been in the squad in the first place.

"I think he's been training with Ireland anyway but if you look at France where (Romain) Ntamack made his debut as an 18/19 year-old, his first eight to ten games were really poor, he made lots of mistakes, missed kicks and they stuck with him. Look where he is now, he's a really important player for France.

"Harry Byrne has huge potential. We always talk about World Cup cycles where we don't experiment enough, maybe the time is to take chances now. You have to see who is fit and healthy and training well but it's going to be their mind about who should play 10 next week if Johnny Sexton doesn't play.

"Harry Byrne seems to be the one that's the obvious choice. You know what you're going to get from Ross Byrne, he's a very good footballer and player but that talent is kinda looming in the background and maybe it's time to get him up the pecking order."