Andy Farrell should emulate New Zealand and experiment with two play makers in their year-end tou...

Andy Farrell should emulate New Zealand and experiment with two play makers in their year-end tour, according to former Ireland and Munster flank Alan Quinlan.

Ireland are set to take on America, Japan, New Zealand and Argentina in their four year-end test matches, with three of the four matches being played at home.

The key match for Andy Farrell's side, however, will be their test against New Zealand, who are currently tearing up their opposition in the Rugby Championship.

While Ireland enjoyed a much improved performance in the second half of their Six Nations Championship this season, and followed it up with strong showings in their mid-year tests with a youthful side, questions could still be asked about their attacking ability against higher quality opposition.

Speaking on Friday's OTB AM, Quinlan suggested that Farrell could emulate the attacking antics of New Zealand to a certain extent by adding a second playmaker to their backline during the build up to that all-important test against the All-Blacks.

"It has been floated a little bit in the last couple of years, but obviously Joey Carbery has been injured," Quinlan said. "Having Carbery and Sexton in the backline would be adding more potency to the attack and having a playmaker as a 12.

"How much longer will Johnny Sexton play, who knows?"

Munster's Carbery has only returned in February this year from the injury that he suffered in the World Cup in 2019. However, Quinlan believes that the more game time he sees, the better for Ireland and himself.

"Everyone in Irish rugby would love to see Joey Carbery playing regularly and being a regular option for Ireland," Quinlan said.

"You can play him in a number of positions; 10, 12, 13 or fullback, and having that ability to do that would be a big benefit to Andy Farrell.

"They play the USA in the first game [of the year-end tour], then Japan, and I think you have to try and get yourself ready for that third game against New Zealand and then Argentina at the end. So, I think it is an option." 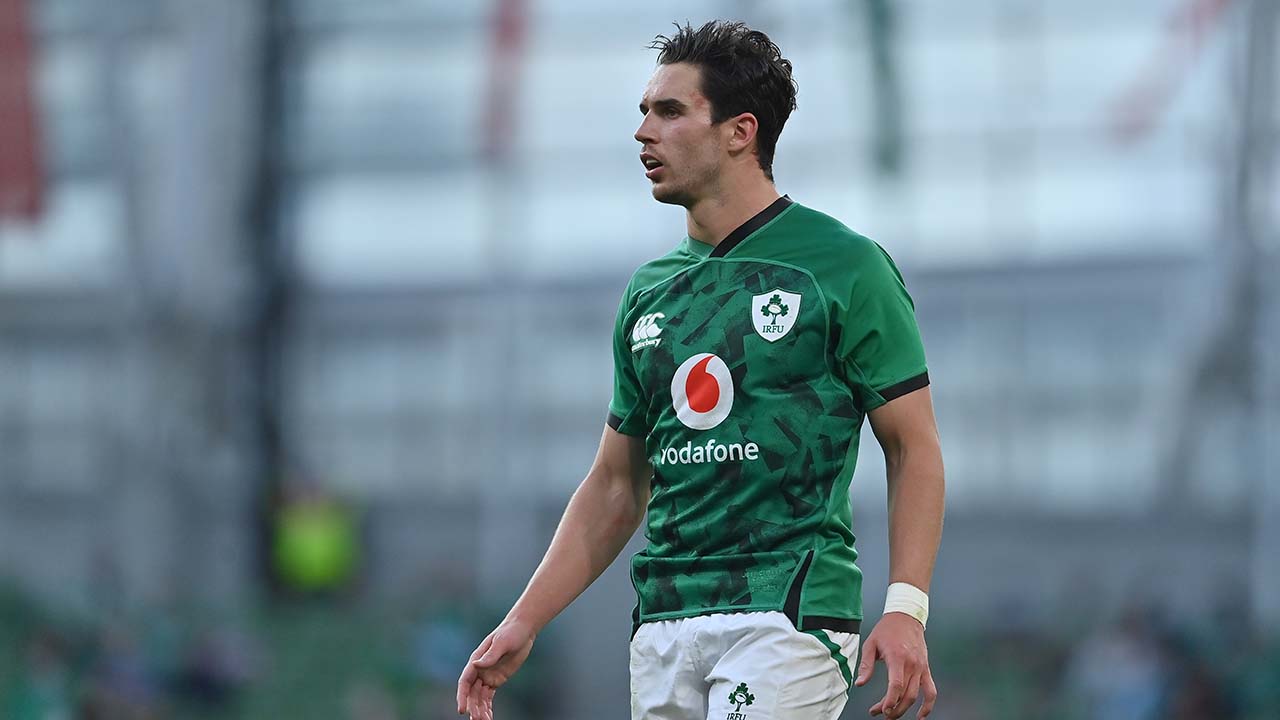 The concept of the dual playmaker is not limited to an Ireland side with Johnny Sexton in it, however, as Quinlan believes that there are more than enough playmakers in the country to mix and match.

He added that the introduction of two young playmakers in the same starting XV could see the beginning of the future of Irish rugby.

"The Byrne brothers could play at out half, either one of them, Ross or Harry," Quinlan said. "Harry Byrne could be the future; he is big, strong and physical.

"If Sexton does retire at the end of next season, it doesn't meant that the dual-playmaker role is gone completely."

Although Carbery still has aspects of his game to work on, Quinlan believes that adding a second playmaker role to a backline with the Munster flyhalf in it could be just what Ireland need to become a real attacking threat.

"With Carbery's brilliance and his footwork and stuff like that, he needs to obviously become more robust and get a long run without injuries to see his talent," Quinlan said.

"I think he has struggled a bit since he has come back with teams targeting him physically, but that is understandable when you have been out of the game for a long period of time.

"I think there are options there. Hugo Keenan is a brilliant footballer; I'd love to see Ireland try and get the ball into his hands more.

"He runs brilliant lines, so they should try to use him in the wide channels more. I just think having that in your locker and the ability to go from deep and open up when you need to is something that [is a major bonus]."