Despite expressing their "extreme frustration" with the one-month suspension issued to Munster's ...

Despite expressing their "extreme frustration" with the one-month suspension issued to Munster's James Cronin for a doping violation, Sport Ireland will not be appealing the decision to the Court of Arbitration for Sport (CAS).

Cronin tested positive for the banned substances prednisolone and prednisone when selected for an anti-doping test following Munster's Heineken Champions Cup game away to Racing 92 on November 23 of 2019.

As a result of this infraction the Munster prop was issued with a one-month ban from April 15th to May 16th.

The 29-year old did not have a therapeutic use exemption (TUE), and an EPCR investigation found the substances were in his system following a pharmacy mix-up. Having been prescribed the antibiotic Amoxicillin by Munster team doctor Jamie Kearns, James Cronin was given Prednesol in error by a pharmacy in Cork.

He took nine tablets the day before and morning of the game against Racing 92. 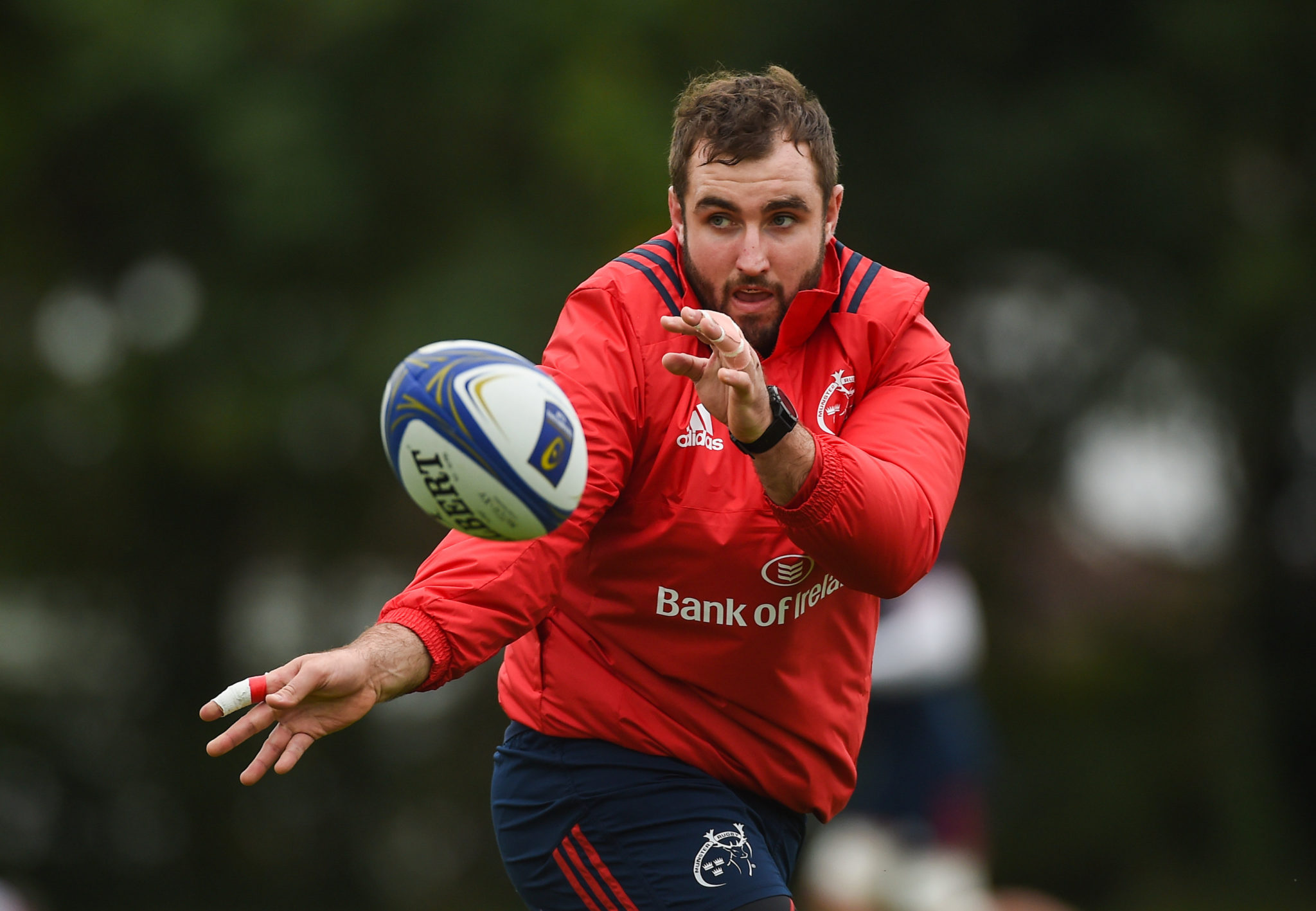 8 October 2018; James Cronin during Munster Rugby squad training at the University of Limerick in Limerick. Photo by Diarmuid Greene/Sportsfile

In the aftermath of this judgement against Cronin, Sport Ireland announced their intention to investigate the possibility of an appeal on the grounds that the Munster player's ban was too lenient.

However, the decision has now been made to go no further with this plan as it is believed there is nothing significant to be gained from pursuing it.

"It's extremely frustrating but not unusual," explained Dr Una May, Sport Ireland's anti-doping chief, to the Irish Times. "It’s quite a common frustration for us in cases where there is a small sanction. A person might be tested in the latter part of a season and their sanction is cleared before the next season starts. Or, in this case, there is no season.

"We still consider one month to be lenient. We could put up a huge battle to increase it to three months and could be unsuccessful. For the sake of two months it doesn’t appear appropriate to go into that level of work and detail, because there is a comprehensive file attached to this case." 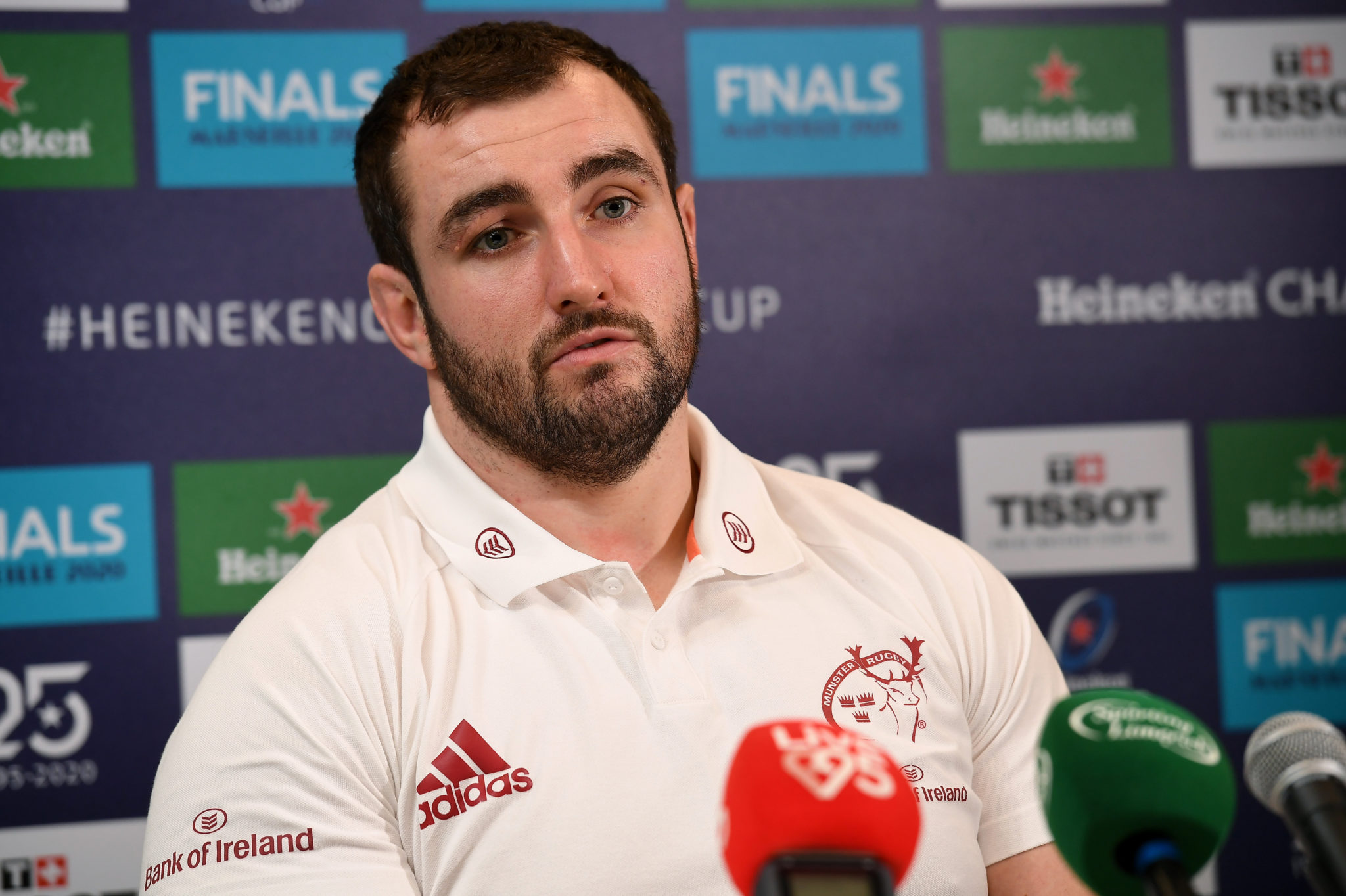 10 December 2019; James Cronin during a Munster Rugby Press Conference at University of Limerick in Limerick. Photo by Matt Browne/Sportsfile

Antony Davies, the independent judicial officer charged with sanctioning James Cronin when the EPCR referred the case to him, explained to Off The Ball how he had decided upon the one-month ban.

"[James Cronin's] level of culpability was low," he explained. "We know that the prescription issued by the doctor to the pharmacy had amoxicillin only on it and we know that he was handed a packet with two tables in it, two different sorts.

"Yes, potentially it could have been avoided but the big problem here is with the pharmacy, it's a serious and unexpected mistake.

"He saw his own name on the medication and sometimes players trust absolutely the environment they’re in their clubs, with the team doctor, the nutritionists, people like that and they don’t question in my view as much as they ought to do, exactly what they are asked to take.

"And in this case James Cronin didn’t and it was a careless mistake but an understandable one in the circumstances. I felt that his level of culpability was low, set against similar cases towards the lower end of the zero to two years.

It is understood that the pharmacy in question is now being investigated by the Pharmaceutical Society of Ireland for their role in this incident.

Why Gary Ringrose is even better than you think - Brian O'Driscoll