Joe Marler and the Mount Rushmore of Lad Banter

The labourers atop the Mount Rushmore of Lad Banter are working hard this morning to chisel out a...

Joe Marler and the Mount Rushmore of Lad Banter

The labourers atop the Mount Rushmore of Lad Banter are working hard this morning to chisel out a third head. Beside the rugged visage of Richard Keys and the splendid crown of Andy Gray, the head of Joe Marler will appear. After all, he groped Alun Wyn Jones on Saturday evening and you better believe It Was Just Banter.

The Lad Banter Bus will soon be departing to bring Marler superfans to the site. Twitter handles such as @SwingLow6969 and @SnowflakeKillah2003 will likely be the proprietors of the first photographs on social media.

There is now only one stone head left to chisel out on the side of the Mount Rushmore of Lad Banter. To be included, a sportsman may need to flush an academy player’s head down the toilet, before stealing his lunch money and shoving him in a locker.

The gauntlet has been set.

It is interesting that the first reflex of a number of people over the past 48 hours is to defend Joe Marler. Why is the fact that he groped Alun Wyn Jones lower down the priority list than the ‘mitigating’ factors? Why do we need to commend the character of a rugby player, before pointing out something that does not reflect well on his character?

But let us get into these ‘mitigating’ factors.

First of all, it has been mentioned that Joe Marler did not do any serious physical damage to Alun Wyn Jones.

No shit, Sherlock. Do you reckon?

Thank you for informing me that a 6 foot prop, weighing 19 stone, did not intend to hurt his opponent via fondling his private parts. Do you reckon that other avenues - such as boxing him in the head - might have been pursued if inflicting physical damage was his intention?

It has also been mentioned that Joe Marler was well aware of the fact that cameras were pointing at him, when he went for Alun Wyn Jones’s crotch.

No shit, Sherlock. Do you reckon?

As much as I respect your keen eye for detail, Detective, I think you might be missing the point. Joe Marler’s aim was to humiliate his opponent. His thirst for being the smart kid down the back of class was so intense, he loved the prospect of doing it in front of his teammates, the Twickenham crowd and the millions of people watching at home.

Another argument that suits those of a Lad Banter persuasion is that Joe Marler and Alun Wyn Jones know one another. Because of course.

Nothing says “I’m mildly acquainted with this guy” like grabbing his crotch.

Nothing says “I’m mildly acquainted with this guy” like deliberately going out to publicly humiliate him in front of millions of people.

Nothing says “I’m mildly acquainted with this guy” like tweeting “Bollocks. Complete bollocks,” a day after said acquaintance was in a press conference, visibly upset and dealing with questions from sniggering journalists. 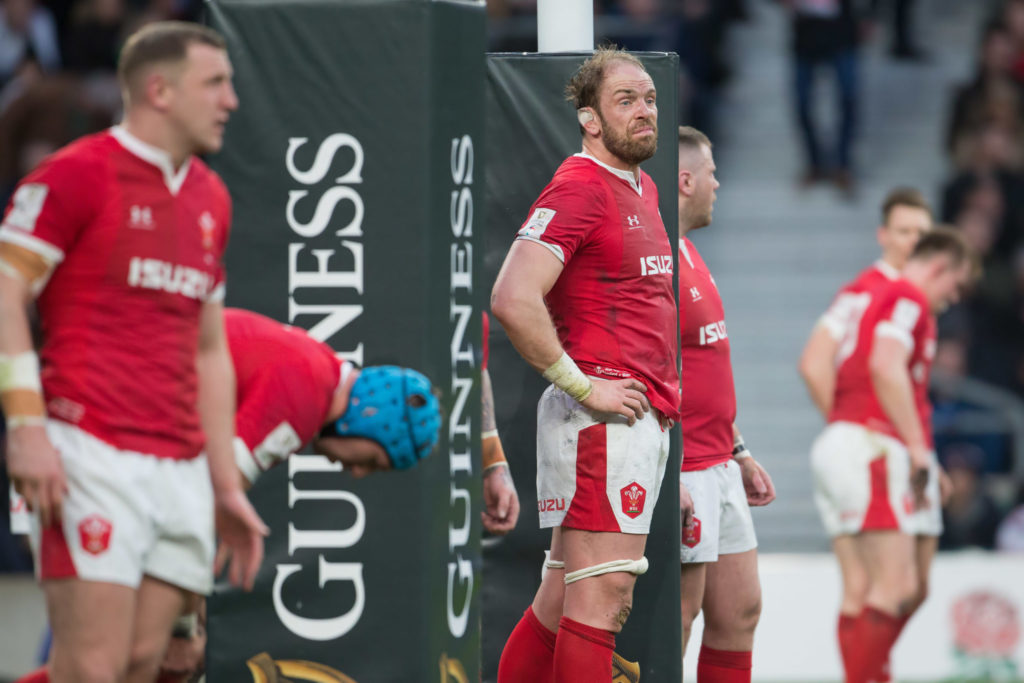 Jones dealt unbelievably well with that situation, you have to say. For many of us, it was the moment that we realised how serious this whole thing was. Admittedly, it is not acceptable for us to have to wait for the man himself to display his upset at the situation for us to realise the severity of what has just happened. The fact that the man got groped in public should have been the moment we all formed our opinion on the matter. Reaction to the upset is a delayed reaction, and possibly a non-existent reaction had Jones not been available for media duties.

Jones also dealt with the incident itself with amazing grace. He might have preferred to get a punch from Marler, rather than a grope, something to which he is powerless to respond. Marler weaselled out of the retribution by the specific action he chose.

I am sure @SwingLow6969 will be onto me in the near future to tell me of how I am offended too easily, of how I am merely a snowflake floating in the wind.

But let me tell you, SwingLow6969, I have listened to a Nickelback album. I have watched multiple episodes of Love Island. My senses are desensitised to being violated.

But perhaps people do get offended too easily these days. Television broadcasters have a habit of apologising whenever they inadvertently pick up bad language, for example. Funnily enough, though, Barry from Bath being picked up by a hot mic saying “you’re a wanker!” is not on the same level as someone groping another individual’s private parts.

Joe Marler should have the book thrown at him. What he did was pathetic, and I really hope that fact does not offend the English rugby-supporting snowflakes in the world.