The New Zealand born out-half reminded us of his instinctive ability last week with his mesmerising breakaway try for Ireland, and Ronan O’Gara was clearly hugely impressed by the 23 year-old. 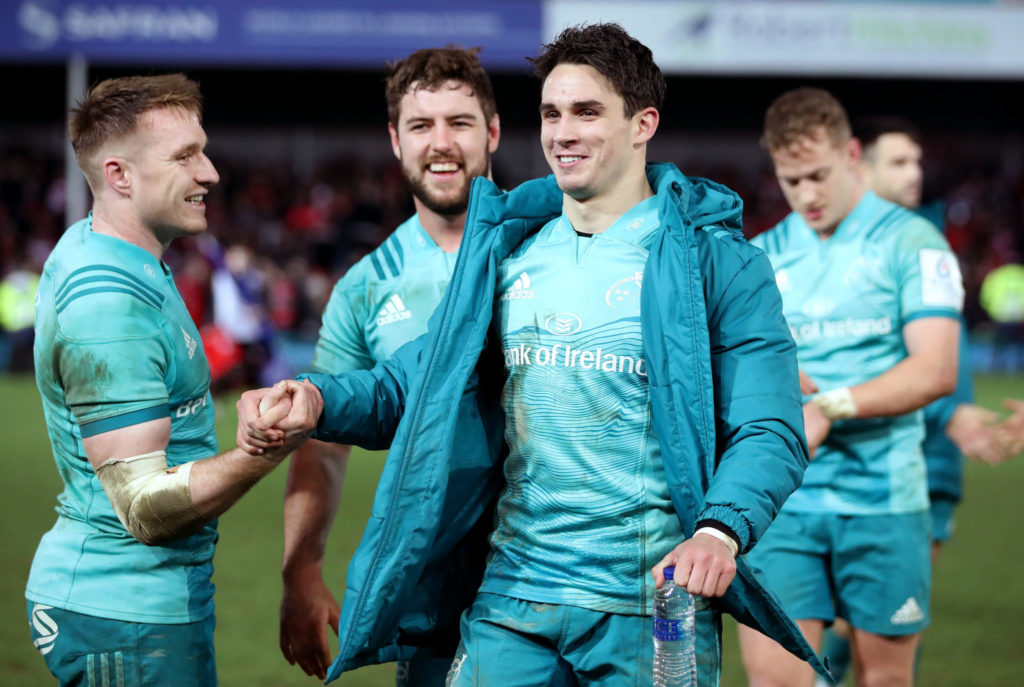 “I think he has an exceptional centre of gravity, he’s very exciting, he’s powerful and he’s brave.”

“He faded and swerved and took an inside ball and got back out to score.”

O’Gara is still quite grounded when it comes to Carbery’s overall game however. He sights  his game management as one of his biggest weaknesses, which he thinks will naturally blossom over the next few seasons to allow him to become the complete fly-half.

“I’ve always maintained that he has a long way to go in his game management because he needs to fine-tune his kicking game at the highest level which will come. He’s 23 so by the time he’s 26 hopefully that will be really really top notch”

If you watched the Off the Ball AM show this morning two things were clear; the future of Irish rugby is bright with Joey Carbery playing the way he’s playing, while Ronan O’Gara’s coaching career is going to be exciting to follow!