Ireland and Wales legends Brian O'Driscoll and Sam Warburton are excited to see what Cheslin Kolb...

Ireland and Wales legends Brian O'Driscoll and Sam Warburton are excited to see what Cheslin Kolbe does in the Champions Cup final, after Toulouse booked their ticket to Twickenham with a win over Bordeaux-Bégles on Saturday.

Despite not getting his name on the scoresheet, the diminutive South African flyer was responsible for more than one moment of excitement for Toulouse, with his electric pace, ankle-breaking step and surprising authority in the air.

Speaking in the BT Sports studio after Toulouse's 21-9 victory over Bordeaux, O'Drsicoll and Warburton were excited to see what Kolbe could do against either Leinster or Ronan O'Gara's La Rochelle in the Heineken Champions Cup final.

"He is like an Energiser Bunny," O'Driscoll said. "It just feels as though [his step] can come off of either side.

"Owen Farrell knows in the World Cup final he came off his right foot the same way, so it is frightening what he can do.

"You need those sorts of players in big moments; just like [Antoine] Dupont is turning up for the big occasion, he turns up to create little snippets.

"Even if nothing comes of it, [it is there] for us to oogle and love and enjoy and get us watching the next game he is going to play in." 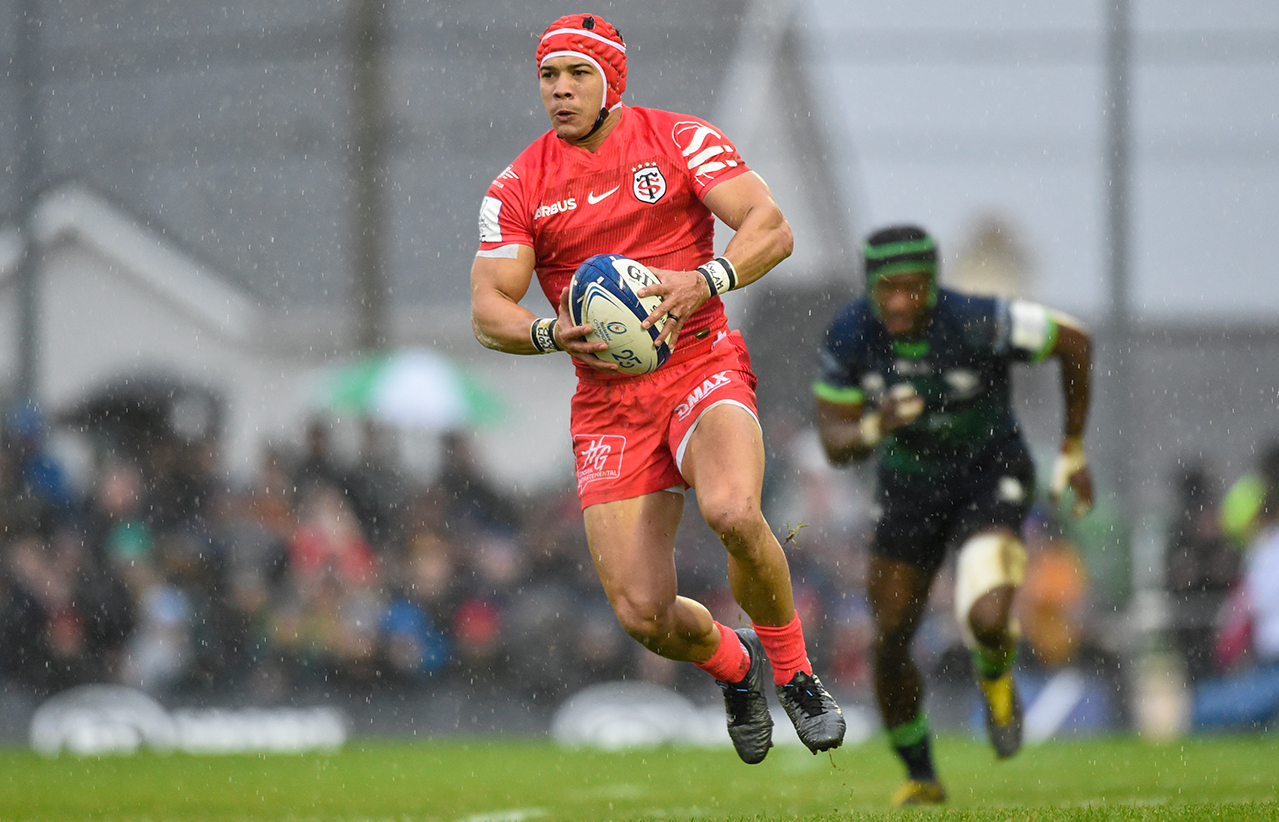 Cheslin Kolbe of Toulouse in action during the Heineken Champions Cup Pool 5 match between Connacht Rugby and Toulouse at the Sportsground in Galway, Ireland on January 11, 2020 (Photo by Andrew SURMA / SIPA USA).

Warburton hesitated when asked if Kolbe was a better stepper than Shane Williams, allowing O'Driscoll to cut across him with a definitive answer.

"I am going to say yes!" O'Driscoll said. "Shane Williams was a left-foot step. The problem was if you waited for it on the inside he burnt you on the outside.

"He didn't have double feet like Cheslin Kolbe has."

While he was not willing just yet to concede that Kolbe was better than his countryman, Warburton agreed that, whenever Kolbe touched the ball, he knew something exciting would follow.

"The only time that we jumped out of our seats in that second half was when he got the ball," Warburton said. "I love the physical part of the game, but I love watching people like Cheslin Kolbe.

"He is going to inspire hundreds of thousands if not millions of kids at home watching. In the game nowadays, he is not meant to be good but he is unbelievable.

Eventually, Warburton begrudgingly gave the edge to the South African over Williams in the battle of the better winger.

"He is unusually strong for a guy that is 5 foot 7. From that point of view he probably would have the edge on Shane Williams." 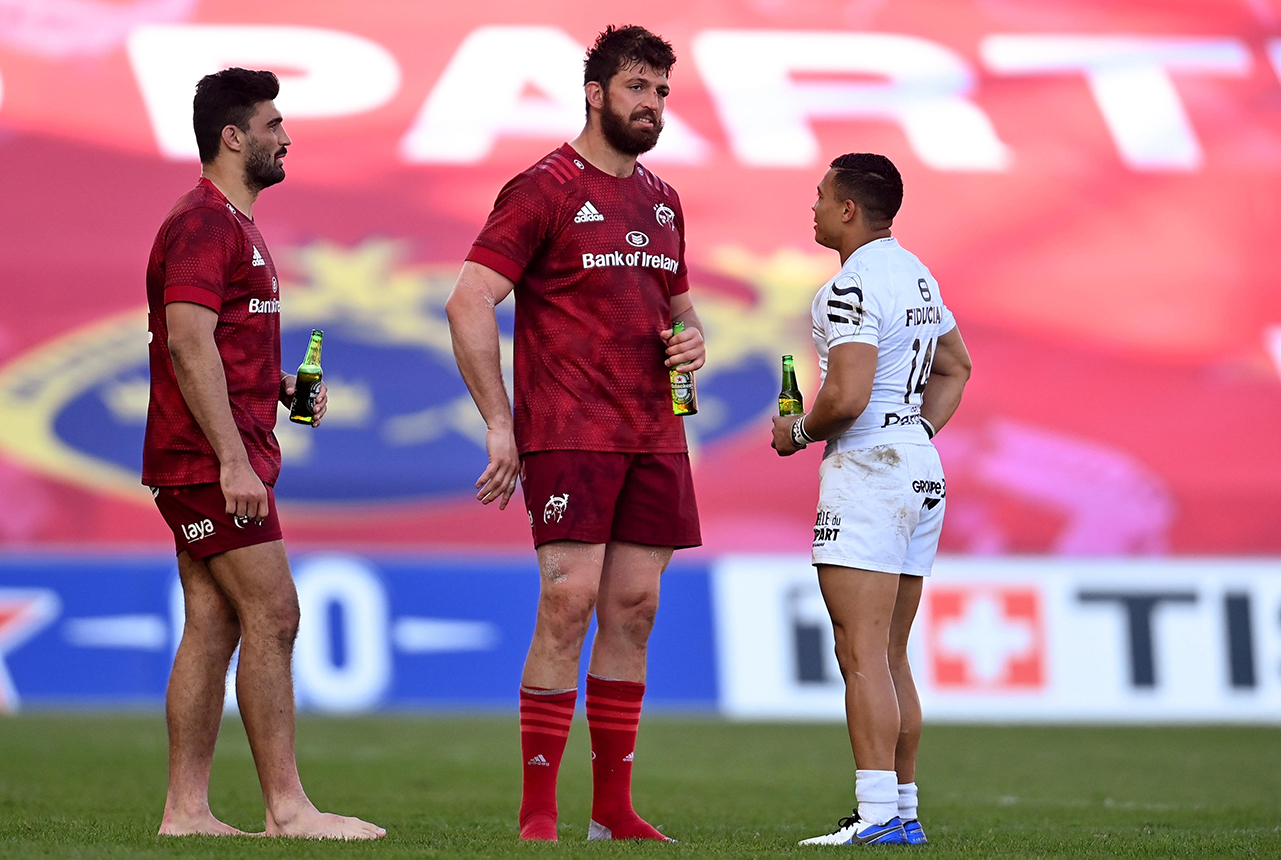 Munster players Damian de Allende, left, and Jean Kleyn, centre, in conversation with Cheslin Kolbe of Toulouse after the Heineken Champions Cup Round of 16 match between Munster and Toulouse at Thomond Park in Limerick. Photo by Ramsey Cardy/Sportsfile

For O'Driscoll, it is not a matter of who is better, but rather the joy of watching players the size of Kolbe or Williams fool bigger defenders and run them ragged.

"The similarities between him and Shane is that you know something is going to happen when they get the ball," O'Driscoll said.

"Even though they are more diminutive in size, it is exciting when you see the smaller man being able to make a mockery of the bigger man. That is what both of those are capable of doing."

Tune into Off The Ball from 3pm on Sunday for live commentary of Leinster's semi-final against La Rochelle.