Leinster have been drawn against Ronan O'Gara's La Rochelle in their semi-final of the Heineken C...

Leinster have been drawn against Ronan O'Gara's La Rochelle in their semi-final of the Heineken Champions Cup.

After a 12-point victory over defending champions Exeter on Saturday, Leinster earned their spot in the Heineken Champions Cup semi-finals.

It was confirmed during the draw on Sunday evening that Leo Cullen will go head to head with Ronan O'Gara as Leinster were drawn to travel to Stade Marcel-Deflandre.

While the dates for the semi-finals are yet to be confirmed, it was confirmed that the semis will take place on the weekend of April 30th to March 2nd.

The other Champions Cup semi-final was confirmed as Toulouse will host Bordeaux-Begles, after Toulouse defeated Clermont-Auvergne in the final quarter final on Sunday. 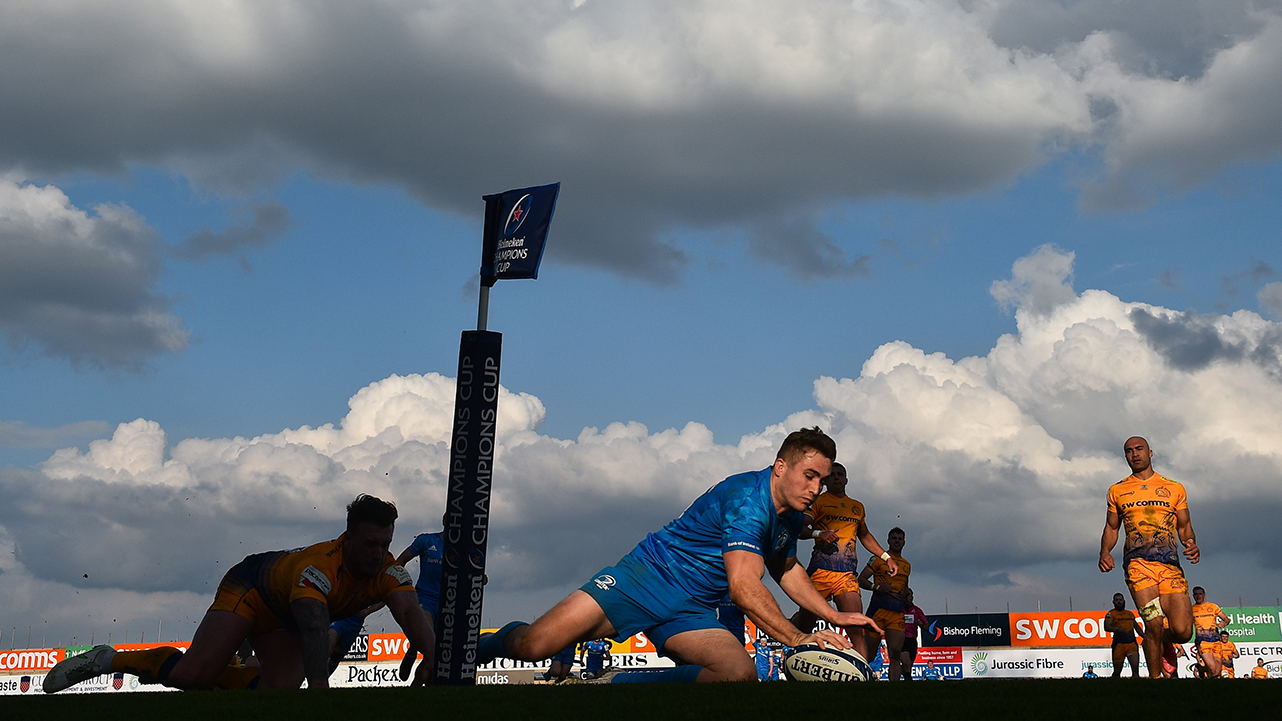 Jordan Larmour of Leinster dives over to score his side's second try despite the tackle of Stuart Hogg of Exeter Chiefs during the Heineken Champions Cup Pool Quarter-Final match between Exeter Chiefs and Leinster at Sandy Park in Exeter, England. Photo by Ramsey Cardy/Sportsfile

Meanwhile, Ulster booked their place in their first Challenge Cup semi-final on Saturday with an eight-point victory over Northampton Saints.

They will travel to Welford Road for their semi-final, it was confirmed during the draw on Sunday evening.

Should Ulster make it to the final, they will come up against the winner of Bath and Montpellier, as the French side will travel to Bath for their semi-final.

Similar to the Champions Cup semi-finals, the Challenge Cup semi-final dates are still to be confirmed, however they will take place on the weekend of April 30th to March 2nd.

"His timing was so unfortunate" - Gerry Thornley on Damien De Allende