Leo Cullen has named a strong side to face Exeter in Leinster's quarter-final in the Heineken Cha...

Leo Cullen has named a strong side to face Exeter in Leinster's quarter-final in the Heineken Champions Cup tomorrow at Sandy Park.

Johnny Sexton will again captain the side with only one change from the 23 selected for the cancelled last-16 encounter against Toulon last weekend.

The backs stay the same with Hugo Keenan, Jordan Larmour and James Lowe selected by Cullen, with Robbie Henshaw and Rory O’Loughlin in the centre.

Luke McGrath will partner with his captain in the halfbacks yet again.

In the front row, it is an all-international affair with Cian Healy, Rónan Kelleher and Tadhg Furlong all selected to start. 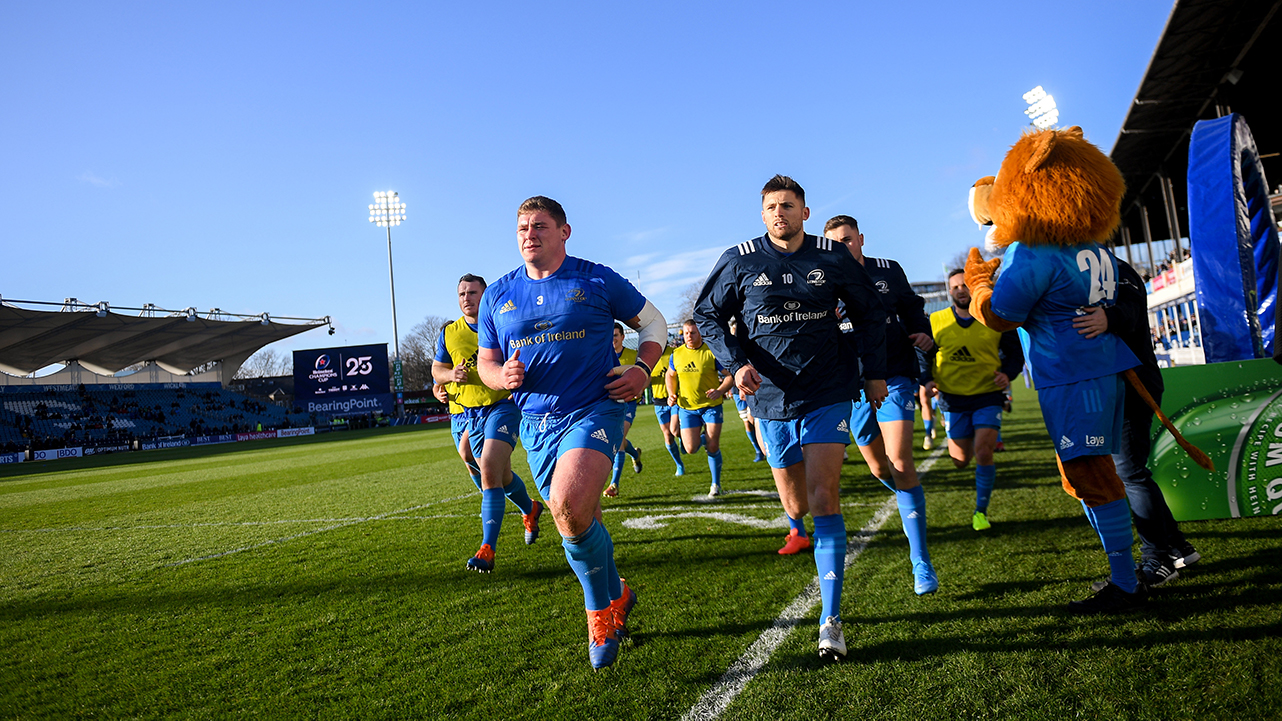 Tadhg Furlong and Ross Byrne of Leinster ahead of the Heineken Champions Cup Pool 1 Round 5 match between Leinster and Lyon at the RDS Arena in Dublin. Photo by Ramsey Cardy/Sportsfile

The solitary change from the announced XV to face Toulon last week comes in the second row with Scott Fardy partnering Devin Toner for the trip to Sandy Park.

Finally, in the back row, Rhys Ruddock, Josh van der Flier and Jack Conan all maintain their places in a well-balanced loose trio.

Exeter have named a similarly strong side, with Stuart Hogg, Henry Slade, Luke Cowan-Dickie and Jonny Gray all maintaining their starting places in the squad.

Tune in to OTB Sports on Saturday where we will have live commentary of the match, as well as post-match reaction from Johne Murphy.