Lions shake off COVID disruptions to take Sharks to school

After much turmoil in the build up to their second match on tour in South Africa, the British and...

Lions shake off COVID disruptions to take Sharks to school

After much turmoil in the build up to their second match on tour in South Africa, the British and Irish Lions took on the Cell C Sharks in Ellis Park on Wednesday night.

The Lions were forced to make a number of changes to their starting XV following a positive case amongst the playing group that forced eight close contacts into isolation as well, meaning that they ran into the match with just the one backline replacement on the bench.

The Lions kicked off in similar fashion to the way they did against the Sigma Lions on Satuday, with Josh Adams crossing over in the opening three minutes off a break down the wing.

This was followed quickly by a try for Duhan van der Merwe, who exploited the overlap and skinned his man out wide to score his first try against South African opposition.

Owen Farrell slotted both conversions to take the Lions to a 14-0 lead over the Sharks in the opening 10 minutes.

The Sharks' troubles were compounded by a yellow card to Werner Kok for a cynical foul in a threatening position.

The hosts were caught out of position a man down, as Owen Farrell sent a grubber in behind the Shark's defence for Van der Merwe to score his second out wide.

Farrell missed his first kick of the 2021 tour to keep the score at 0-19 to the tourists, with just over 10 minutes left in the first half.

Not happy with just the three tries, Bundee Aki scored his first for the Lions on the stroke of half time, busting through a passive Sharks defence to take the tourists out to a 26-point lead as the side went back into the sheds. 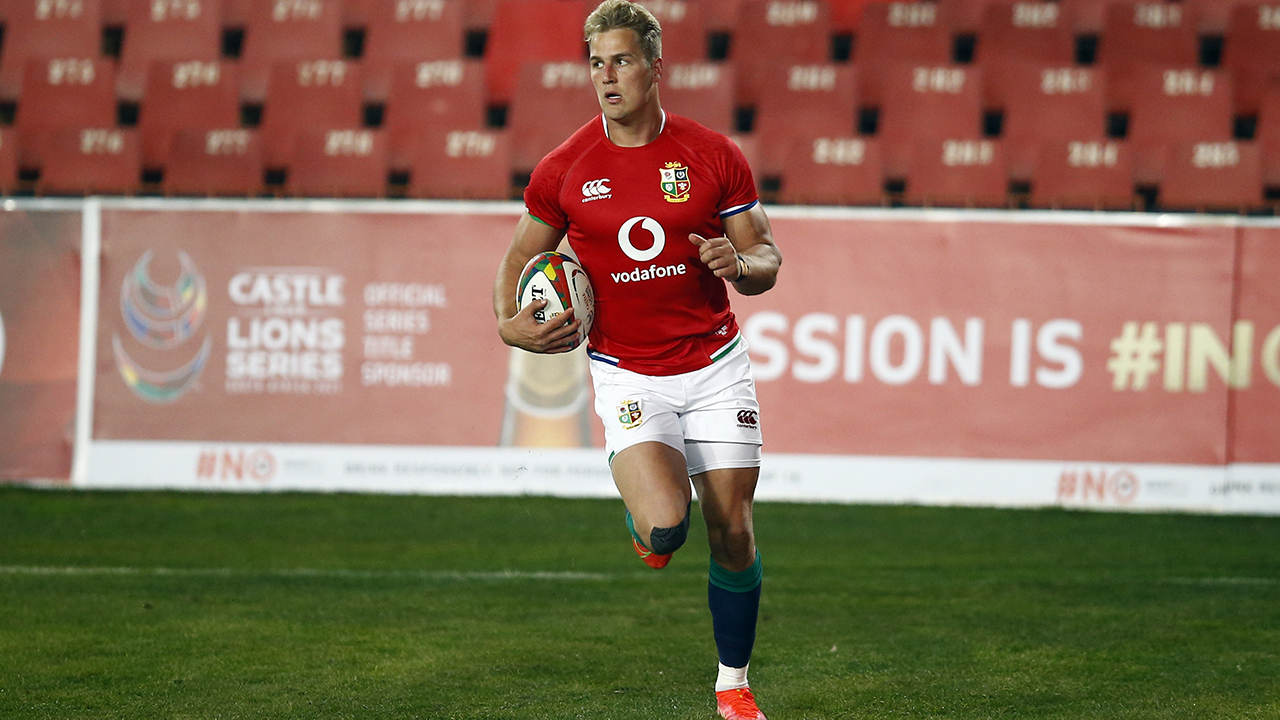 As the second half got underway, the Sharks looked to grow into their introduction to international rugby, as they absorbed pressure on their try line and ultimately worked their way back into the Lions half.

The hosts got their first try of the game 10 minutes into the second half through James Venter, who benefitted from some good hands in the tackle to beat Sam Simmonds and race up the touchline for the try.

Curwin Bosch reduced the deficit to 19, as the Sharks began to find their confidence in the game.

Their confidence seemed to have cost them as the hour mark drew near, as the Sharks looked to play the ball deep in their own 22m, fumbling the ball from the base of the ruck.

Josh Adams pounced on the loose ball, and was awarded with his seventh try in three matches for the Lions for his determination.

The Lions opened the floodgates like they had in their last match with an hour gone, as Louis Rees-Zammit turned defence into attack, countering an aimless kick with a strong carry down the wing to score under the posts, taking the tourists to 33-points ahead.

It was all Lions for most of the second half, however Josh Navidi was denied his first Lions try thanks to a laps in discipline from Maro Itoje.

The Sharks looked to counter attack from deep, but lost the ball, which was picked up by Navidi who ran in untiuced, however it was deemed that Itoje had knocked the ball out of Anthony Volmink's hand in an offside position.

The tourists would not be denied a score for long, though, as they extended their lead to 40 points after Van der Merwe scored his hattrick off the back of some brilliant hands from Elliot Daly.

The Lions made it two hattricks for the day just before the final whistle, as Adams crossed over for his third after a flat pass from Taulupe Faletau saw him cross over in the corner.

After a tumultuous day, the Lions were happy to simply kick the ball out to win their second match in South Africa by 54-7 against a soft Sharks side.