After much turmoil in the build up to their second match on tour in South Africa, the British and...

After much turmoil in the build up to their second match on tour in South Africa, the British and Irish Lions took on the Cell C Sharks in Ellis Park on Wednesday night.

The Lions were forced to make a number of changes to their starting XV following a positive case amongst the playing group that forced eight close contacts into isolation as well, meaning that they ran into the match with just the one backline replacement on the bench.

Despite the disruptions to their preparations ahead of the game, the Lions looked sharp in the first half, against a struggling Sharks side.

The altitude in Johannesburg seemed not to trouble the tourists, as they put their foot down in the second half to rack up a big victory over the Sharks. 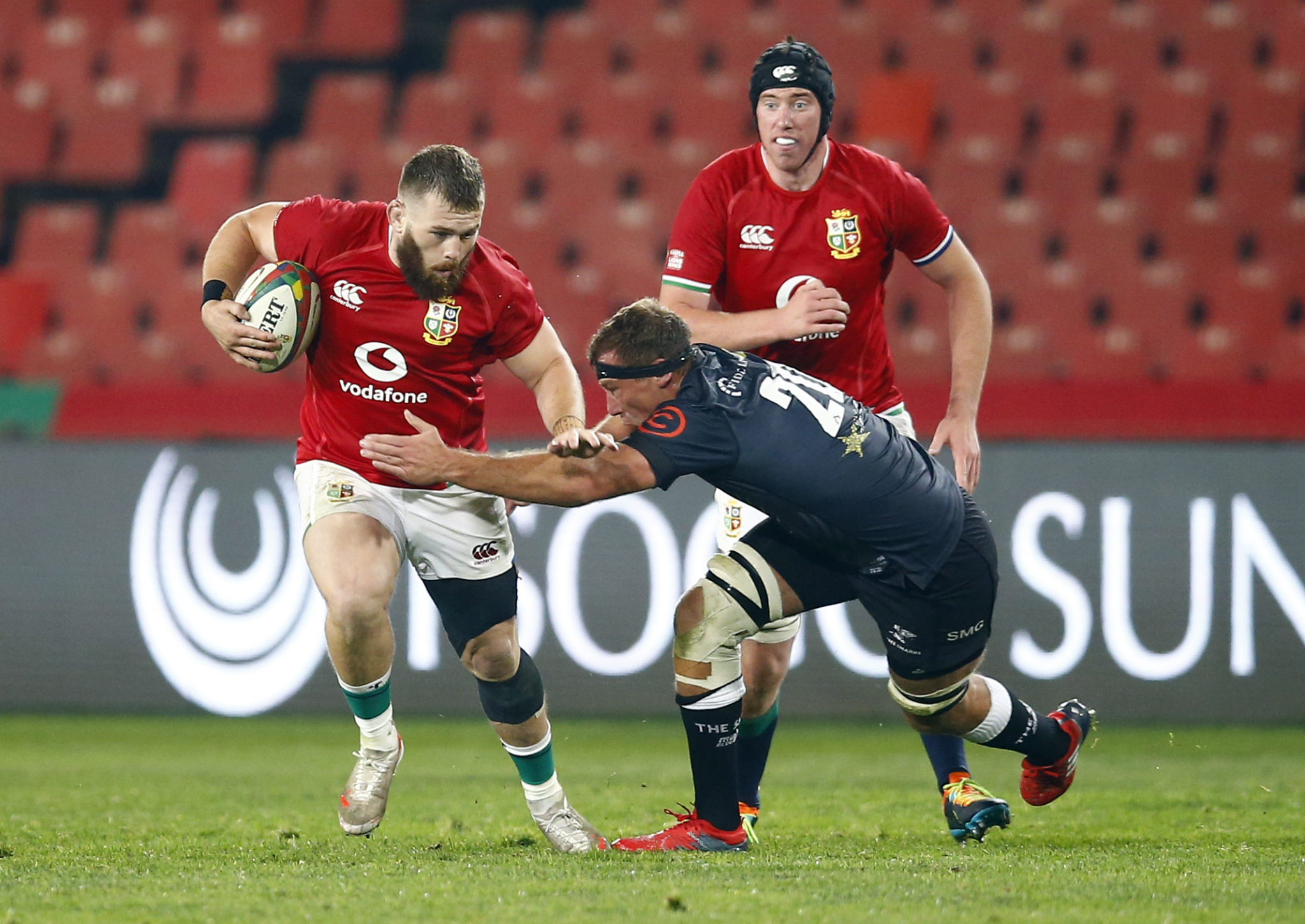 The Lions scrum suffered against a youthful yet powerful Sharks front row, which would worry the experienced head of Vunipola. As a ball carrier, however, Vunipola will be happy with his 25 metres from four carries, especially for a powerful prop.

Cowan-Dickie made a number of powerful carries, but it was his work on the ball at ruck time that stood out against the Sharks.

Fagerson was penalised on a number of occasions at scrum time, which was the only area of the pitch where the Sharks seemed to have the upper hand. With the famous Springbok scrum waiting, the Lions will be hoping that they can sort some of their scrum issues.

The midweek captain Iain Henderson was a wall on defence, making all of his 14 tackles and being awarded a turnover for his efforts as well. On a day where anyone would be forgiven for being unsure of themselves, Henderson lead the Lions well to a big victory. 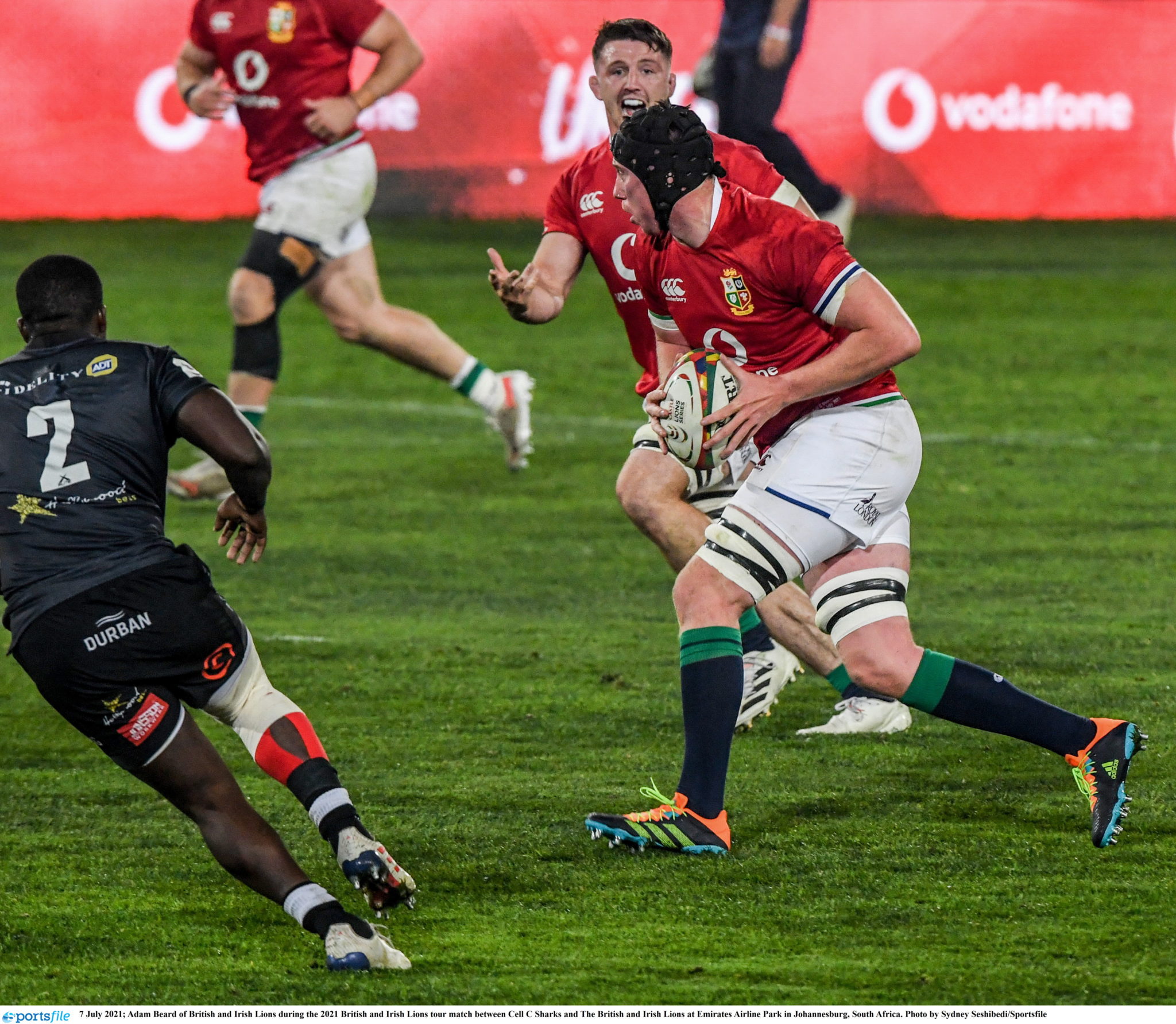 Like his locking partner, Adam Beard's main role was his defensive efforts against the Sharks, successfully making 14 tackles, only missing one. While he did not make an impact on the attacking side of the ball, Beard put up a good account of himself in his first match for the Lions.

The pick of the loose trio on the night, it was surprisingly on defence that Navidi stepped up. He was only asked to make two carries throughout the game, but his tackle count was the highest of anyone on the pitch, and he would have scored a fantastic try if it were not for the ill-discipline of Maro Itoje.

It was not the match that was expected from Tom Curry, as he made little impact in the rucks, with very few carries. The only area where the Englishman made any real impact was on defence, where he made 12 of his 13 tackles.

Sam Simmonds tried to find the running form that he has been in all season at Exeter, but with 11 carries he barely made as much metres as his front row countryman. While he did make a very good break in the first half, Simmonds was never really allowed to show off his abilities, and will be hoping for more opportunities before the test matches.

Having woken up on Wednesday morning expecting to watch this match from the sidelines (or indeed his hotel room), Ali Price did well to get himself into game mode early on. While he did not light the world on fire, it was a solid performance from the Scottish international. 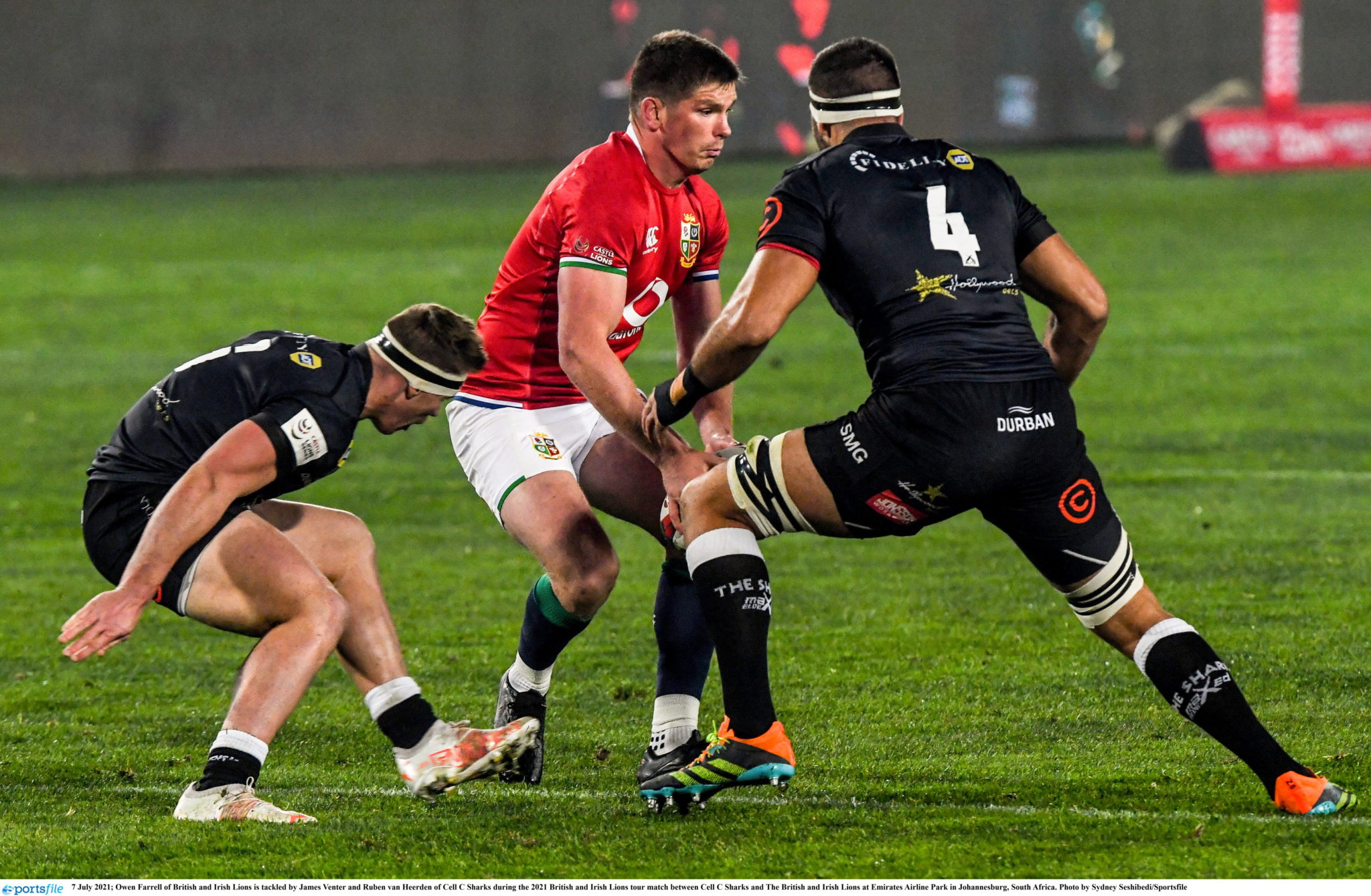 Like Price, Owen Farrell would not have expected to run out on the park on Wednesday. While he was not the attacking threat that he made himself out to be against the Sigma Lions, Farrell's clever kicks and eye for the game resulted in two good tries, before he was subbed off with what looked like a minor injury.

With two tries in the first half, Van der Merwe looked to echo the performance of Josh Adams from four days ago. While he did not score the same number of tries, a hattrick in the country of his birth and an overall strong performance across the park sees him putting his hand up for a test place.

Bundee Aki, Elliot Daly and Van der Merwe were the only backline players that had expected to play on Wednesday, and knew he had a lot to do to secure a test jersey against South Africa. His try was well-worked and demonstrated the power that he has in the centres, but he needs to get more ball in the open areas of the field to make a bigger impact on attack.

Daly's soft hands were a marvel in a very open match that will in no way reflect what the test matches will look like. With that said, Daly made decent case to start alongside Robbie Henshaw in a test match if Farrell plays at 10, with a very good display on both attack and defence.

Louis Rees-Zammit racked up a massive 104 running metres, scoring a try and an assist in an effort that, in any other team, would make him a standout winger. However, he will have to be happy with being the third best in a back three that is firing in South Africa. 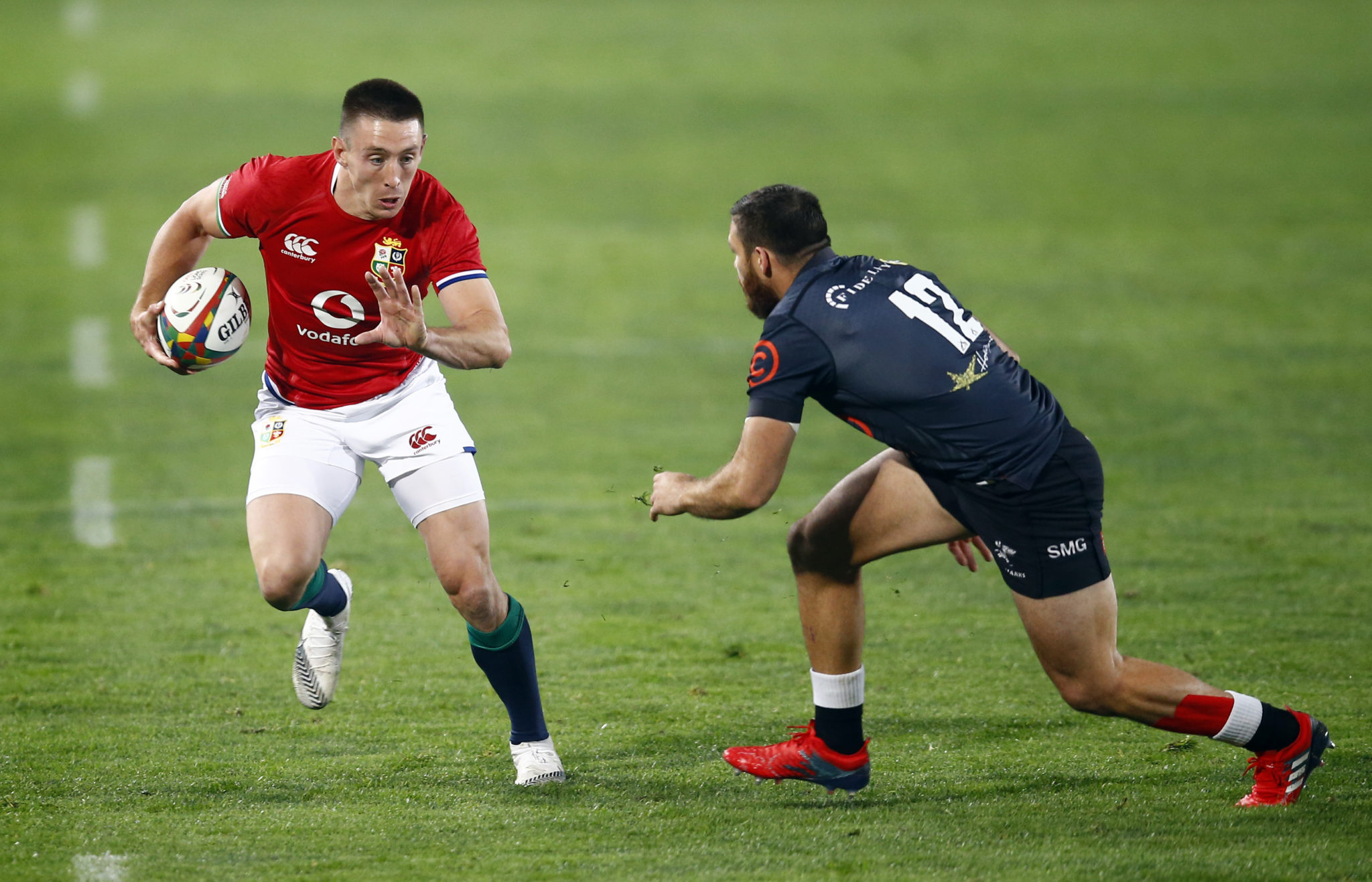 You just cannot stop Josh Adams from scoring. That is what we have learnt from his time in a Lions jersey over the last two weeks. It is impossible to leave him out of the starting XV against the Springboks at this rate.