Luke Fitzgerald gives us his back three depth chart at each position, ahead of Ireland's Six Nations opener against Wales on Saturday.

Luke Fitzgerald joined OTB AM this morning to give his take on Andy Farrell's selection headaches in the back three positions, ahead of the Six Nations opener this weekend.

Ireland take on Wales on Saturday afternoon, and the former Leinster and Ireland winger was tasked with picking his top three at number 11, full-back and number 14.

Here was how Luke decided on the depth chart for each of the three positions, and an explainer on his top picks. 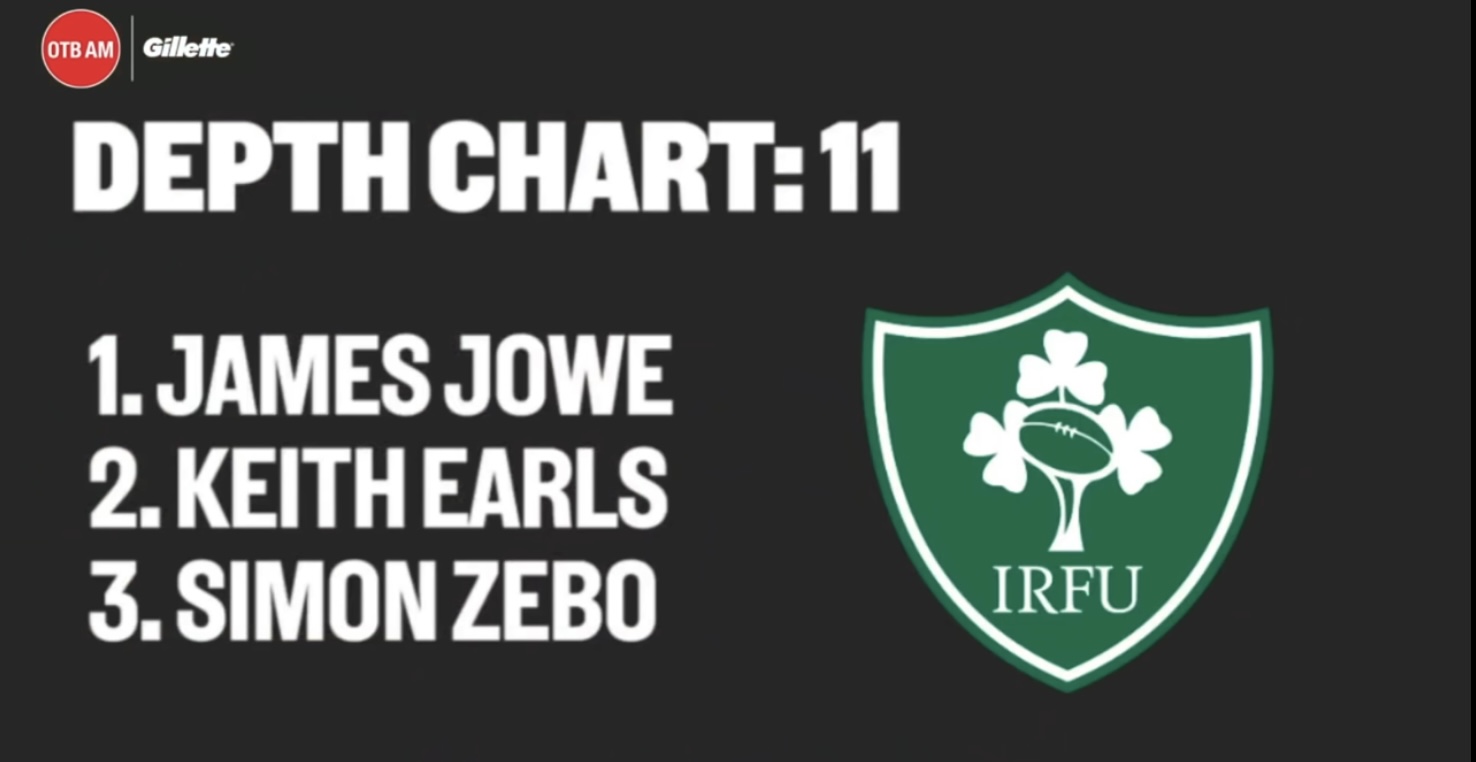 "My worry with him is that he thinks that's finished! Probably that interview after the New Zealand game leads me to that conclusion, but we'll wait and see.

"In attack he's just so strong, he provides something different, he's a brilliant athlete [with] great footwork. But I thought the ball-handling ability that he has probably differentiates him a little bit and that's probably why he's top of that chart." 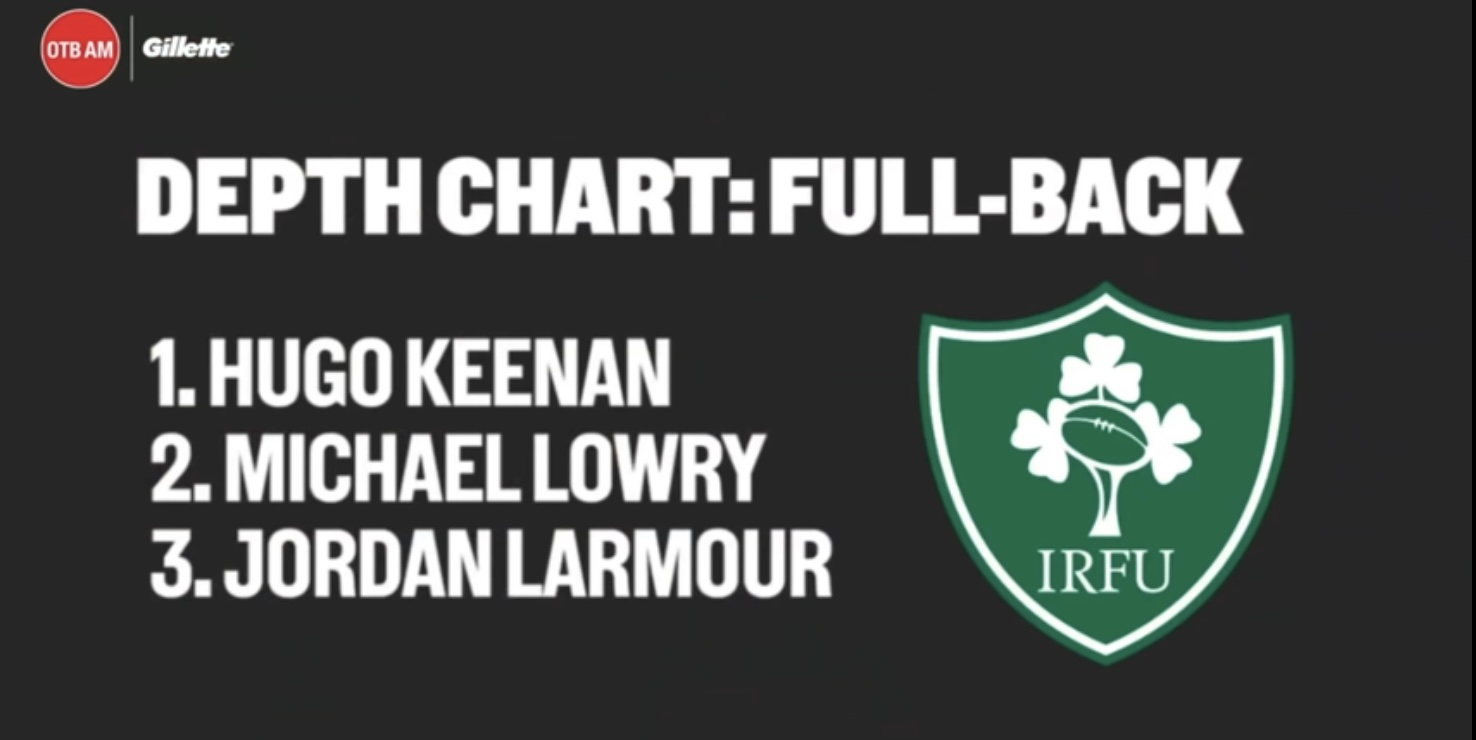 "I think Keenan really has shone over the last year or two - he's become a key player for Leinster but also a key player for Ireland. He's not the first name down on the teamsheet but he's bloody close at this stage!

"The fitness levels from his sevens days, he just looks so game for the fight all the way through. Again he's got great ball-handling ability. I think that plays in nicely to this Irish team.

"We just don't have those big heavy guys so we have to play that game we played in November, and Keenan suits that perfectly.

"He's solid at the back in terms of the defensive side of things, he's good in the air, and he's got a nice kicking game too. I think he's really rounded himself out nicely and he's become a really key player in both teams." 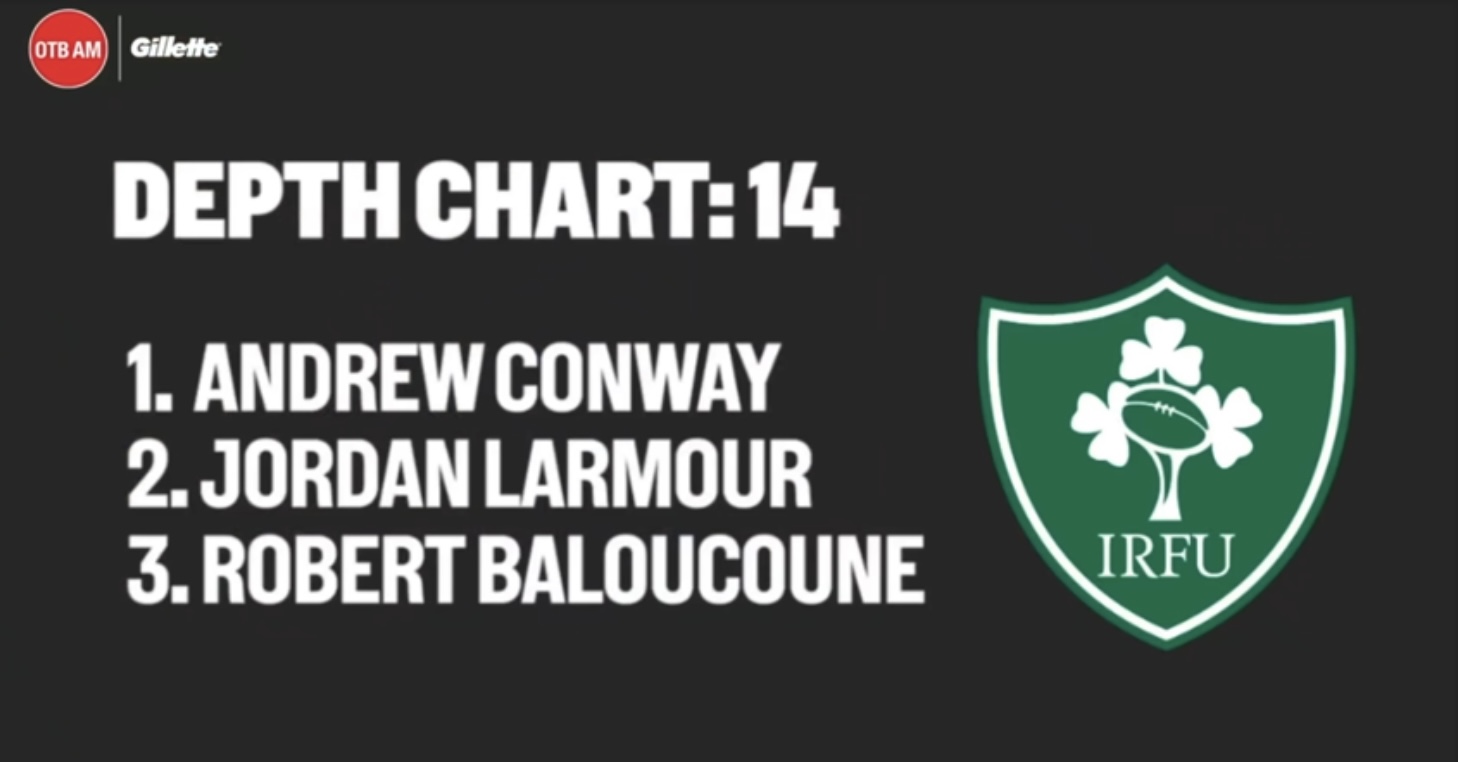 "I just really like Conway - there's a bit of a Leigh Halfpenny mould about him in the air. He's quite a small guy but he really is so good there, very committed, excellent technique.

"The high ball has got a lot of grief, particularly the box-kick, but it's still such an important part of the game. Conway is brilliant at that, he's also an excellent finisher and I think he's in great form.

"He probably could have slotted into that depth chart somewhere at 11, but I just like him on the right wing because I think he plays there more regularly, he's got a nice right-footed kicking game [too] which I think has improved massively."

Adams' hit on Sexton was 'quite reckless and cynical' | Andy Dunne