As Andy Farrell prepares for his first away day as Ireland's head coach, former England international Jeremy Guscott is expecting Manu Tuilagi to lead the English charge and make it a forgettable afternoon for Farrell's side.

If the unexpected loss of Mako Vunipola is likely to upset Eddie Jones' plans for this weekend's Six Nations clash with Ireland, the reported return of Manu Tuilagi will give the England head coach cause for optimism.

Of the five previous occasions where the Leicester Tigers man has come up against Ireland, Tuilagi has been on the winning side each and every time.

It is a trend that former England international Jeremy Guscott expects to continue this weekend, albeit narrowly as he explained on Wednesday's OTB AM.

"Manu Tuilagi is a force of nature," he expressed. "If he is in the right frame of mind and has the right attitude as we saw in Dublin last year, he can make big dents in defences and England can feed of that." 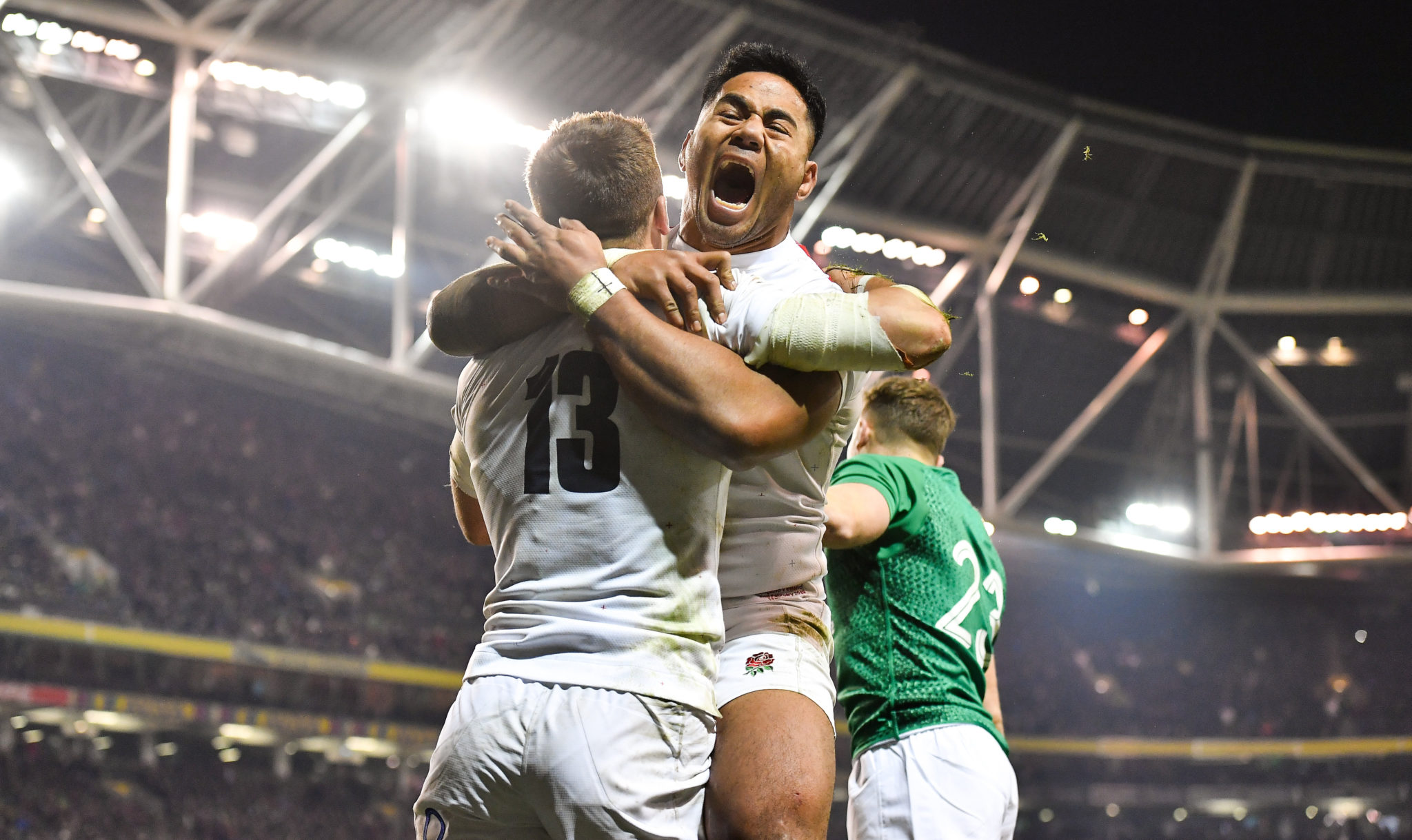 2 February 2019; Manu Tuilagi of England celebrates with team-mate Henry Slade after he scored their side's third try during the Guinness Six Nations Rugby Championship match between Ireland and England in the Aviva Stadium in Dublin. Photo by Brendan Moran/Sportsfile

Despite Guscott's expectation that Manu Tuilagi will largely decide for himself how he performs this weekend, there is some hope that an Irish partnership of Bundee Aki and Robbie Henshaw could temper his effectiveness, however.

"Ireland have got a good foil in Aki and Henshaw," he conceded.

"Robbie Henshaw caught my eye against Wales, he just really wanted the ball so much and was making ground. He seems reinvigorated.

"The Lions [tour of South Africa] is next year and he wants to put his hand up for that. If he puts in another performance like that against England, he might nullify Manu Tuilagi."

Jeremy Guscott didn't seem overly concerned about that possibility, in all honesty. 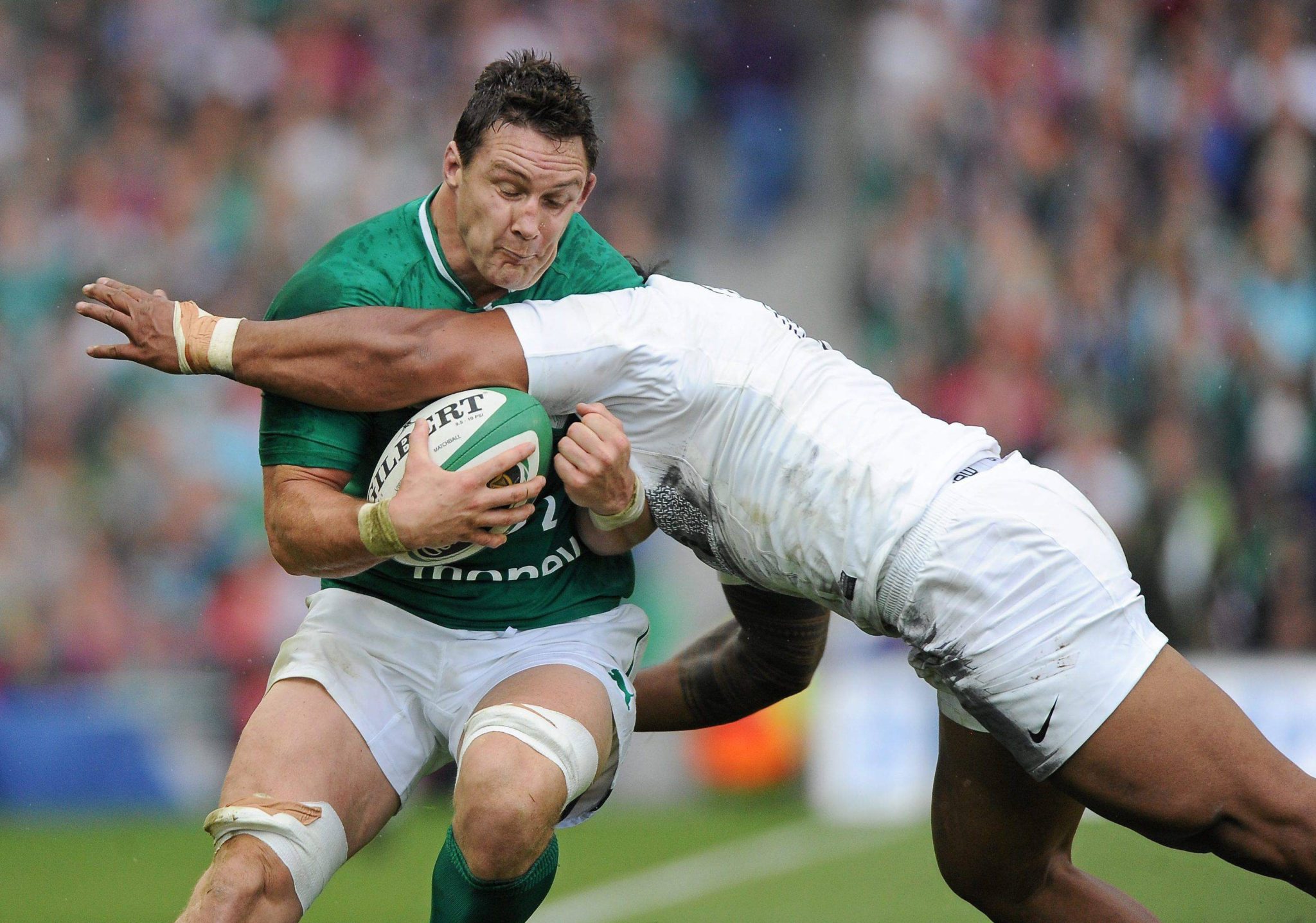 Elsewhere, in what will be the third outing for Ireland under the stewardship of Andy Farrell and his backroom team, Guscott, a player who spent the entirety of his club career with Bath, reflected on his memories of playing alongside his former teammate for club and country, and now a coach in Farrell's staff, Mike Catt.

"Definitely, Mike will have given them a lot more latitude than I would imagine Joe Schmidt did in terms of their attacking," he suggested of the impact Catt could have on Ireland. "I think you've got to give them both and the team a bit more time to actually see where their mark is, however.

"Mike Catt was one of the best fly-halves I've ever played with in terms of his vision, creativity and ambition to create space himself and to run into space.

"It was a joy to play alongside. You've just got to give them their time and an opportunity now."

Confident that Ireland would defeat Wales in Dublin last weekend, Jeremy Guscott ultimately believes that they will come undone this weekend against an England team with a point to prove.

"If England don't play a smarter style of rugby, I see them getting beaten by Ireland," he admitted. "However, at home, England will be a different team from what we've seen so far.

"I see them sneaking again beyond Ireland. I think they'll raise their game and beat Ireland at the weekend, at home.

Watch back Jeremy Guscott in conversation with Wednesday's OTB AM here.