Munster earned their place in the quarter finals of the Heineken Champions Cup as they defeated Castres on Friday night.

Munster earned their place in the quarter finals of the Heineken Champions Cup as they defeated Castres on Friday night.

Head coach Johann van Graan was also under increased scrutiny following a number of poor performances from his side after it was announced that he is heading to Bath at the end of the season.

The match started off with both sides feeling each other out with the boot. The traditionally fiery encounter lived up to the reputation early on, with neither side backing down from the physical encounters.

For one of the few times this season, Munster looked the more attacking and creative side throughout the first half.

Ben Botica with a perfectly weighted kick through and Thomas Larregain pounces for Castres.#HeinekenChampionsCup pic.twitter.com/J5ew7Qs5Nb

However, it was Castres who got the first try of the match through a beautifully weighted kick in behind the Munster defence which allowed Thomas Larregain to score.

Munster were unable to cross the whitewash themselves for the remainder of the half, heading into the break 7-3 down.

The two sides traded penalties in the early stages of the second half, with Munster taking the lead again at one point. However, heading into the final quarter, the hosts were ahead by a single point.

It was Gavin Coombes that ultimately earned the victory for Munster. He burst over the line to score in the dying minutes of the game, to earn a 16-13 victory for Van Graan's men.

It's another late show for @Munsterrugby! 🔴

Gavin Coombes goes crashing over in the final minutes for victory in France 💪#HeinekenChampionsCup pic.twitter.com/icNuVmOEQg

Munster's scrum was hit and miss, however that was largely due to the nature of most referees not understanding the dark arts of the scrum. Kilcoyne carried well in the trenches, and was a powerful defender throughout his 61 minutes.

While the 29-year-old started off strongly, he suffered an unfortunate arm injury which hindered him before Scannell was eventually taken off before the 20 minute mark.

While he was not as prolific a carrier as the man he packed down next to, Archer added his bulk well to the pods and helped secure the ball in the trenches. He was penalised a few times at the scrum, but again, this is usually a guessing game for referees in most modern matches anyway.

When the biggest problem in the first half is a team's own lineout throw, two players are to blame: the hooker and the jumper. Wycherley was not in his best jumping form, which let Castres off easy on a number of occasions throughout the match.

While the lineout did not necessarily improve as Wycherley went off, it was not made worse. Additionally, Wycherley was not a massive presence anywhere else on the pitch, making few tackles, an no carries to speak of. 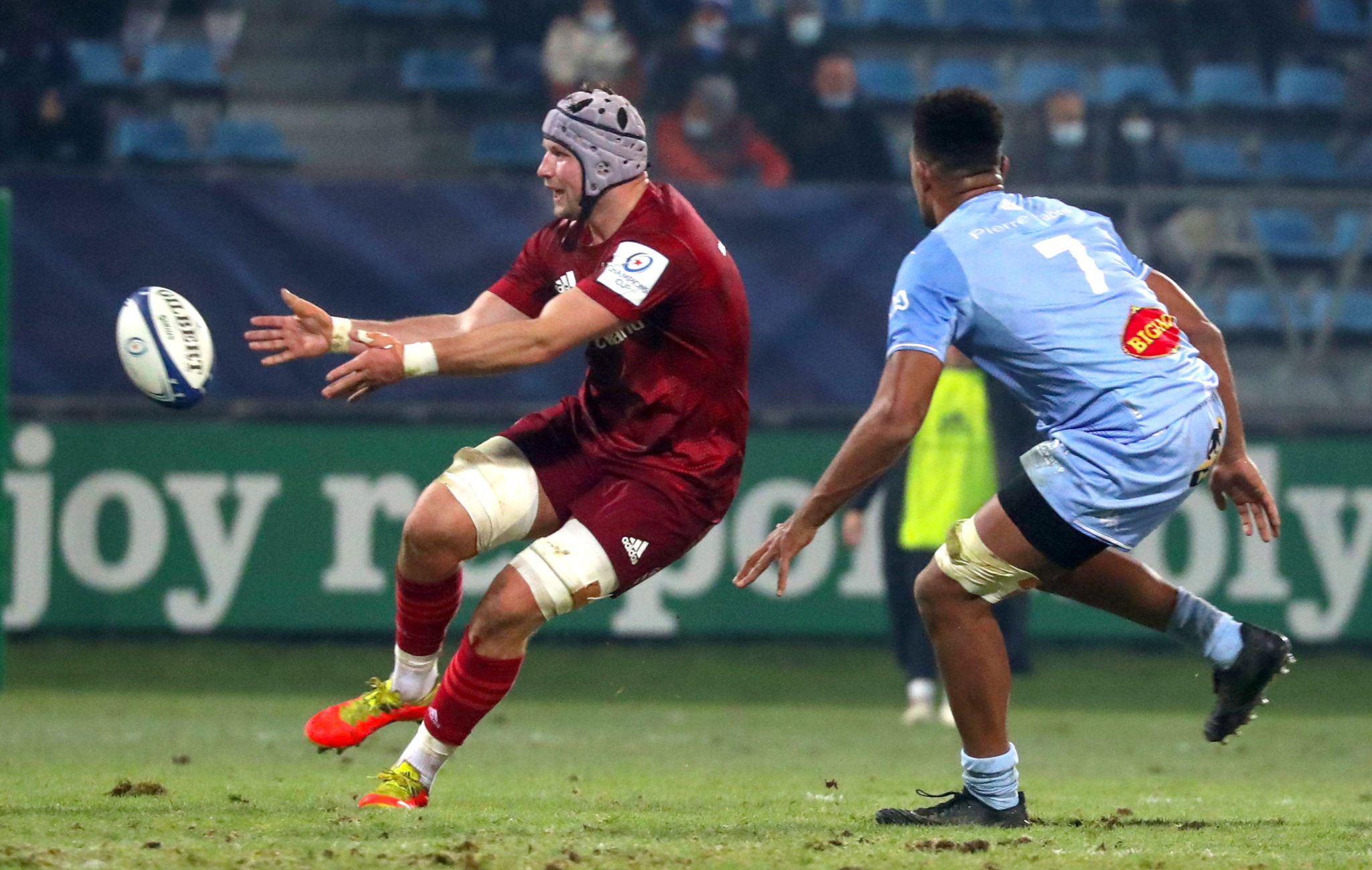 Beirne was, as is so often the case, a nuisance for Castres over the ball at the breakdown. He won crucial penalties at ruck time, and looked as energetic as ever throughout the match. Where he fits into Andy Farrell's side, who knows, but he needs to be in the starting XV in green.

The Munster captain was a towering figure on defensive lineouts, but did not lend the same skills on his own throw. As the senior statesman in the pack, O'Mahony knew all too well the history between these two sides and did not let the physicality boil over after the first bit of handbags in the first half.

The 27-year-old flanker looked to make a big impact with ball in hand, and did well to show his physicality on attack. He was a strong defender as well, and is improving week on week.

Like his back-row colleague O'Donoghue, Coombes added his considerable physicality and agility well to the Munster attack. While it was not his best performance in red, the nature of this match as it has been over the years means that if he survived it with his reputation in tact it was a very good performance. The cherry on top? He scored the match-winning try. 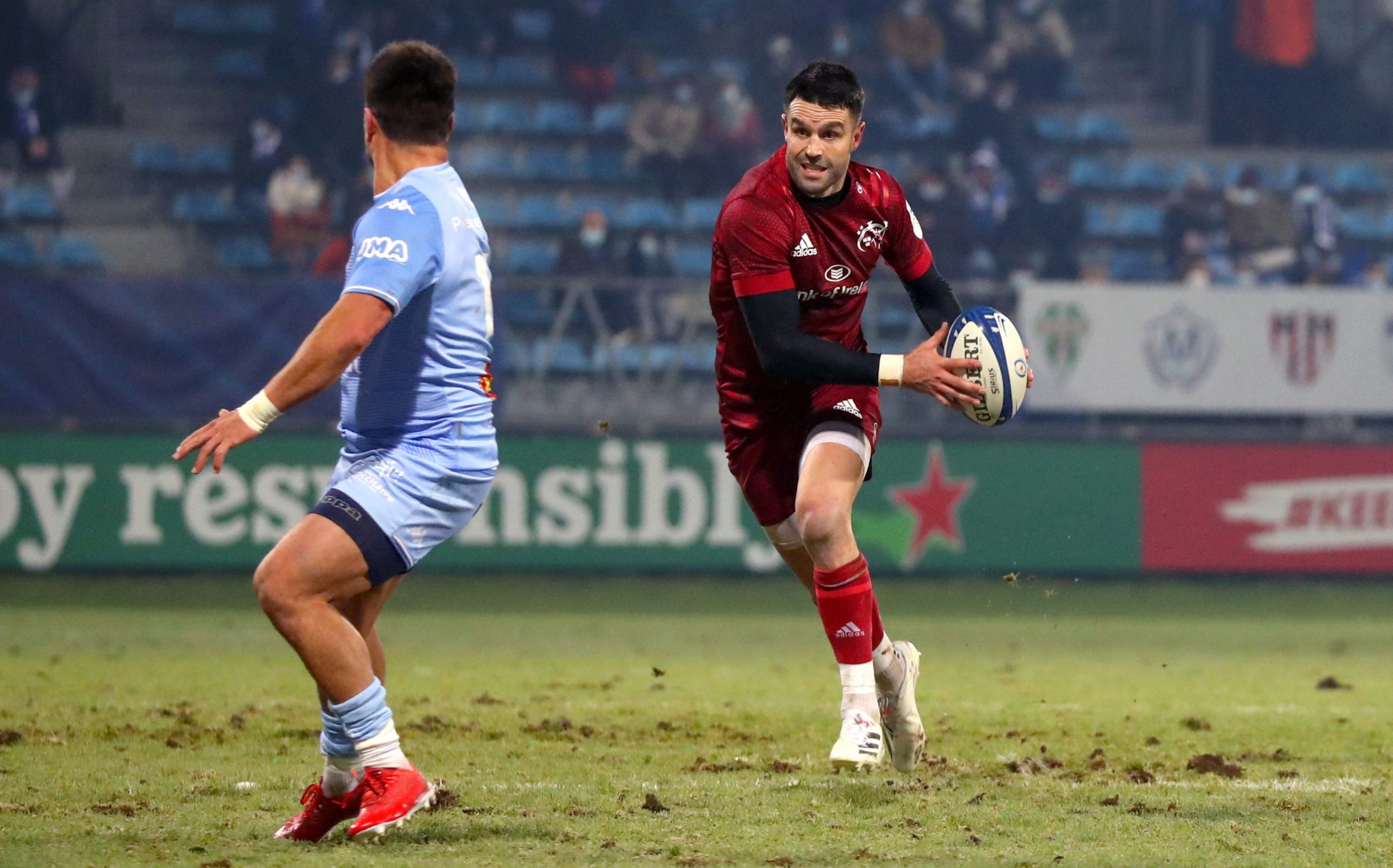 Murray's most memorable moment in the first half was being sat down in superb fashion by Filipio Nakosi. With Crowley not as experienced as some of the other Munster 10s, Murray could have taken more of a leadership role than he ultimately did to ease the pressure off of his out half.

Crowley looked to create a lot more than those in the Munster 10 jersey in recent weeks. However, it was execution that let him down on a few occasions. He followed a beautiful kick pass out wide up with a poorly timed cross kick to Andrew Conway which shut down a promising attack in the first half.

He made a few errors, particularly inside his own half, most notably after putting his side back in the lead, allowing Castres easy field position with a dropped ball.

The elder statesman looked a much more creative force throughout his hour on the park, albeit not everything he tried paid off. He was a crucial part in the majority of the positive play throughout the match for the visitors, Earls was ultimately unable to provide that crucial break or assist that helped Munster to victory. 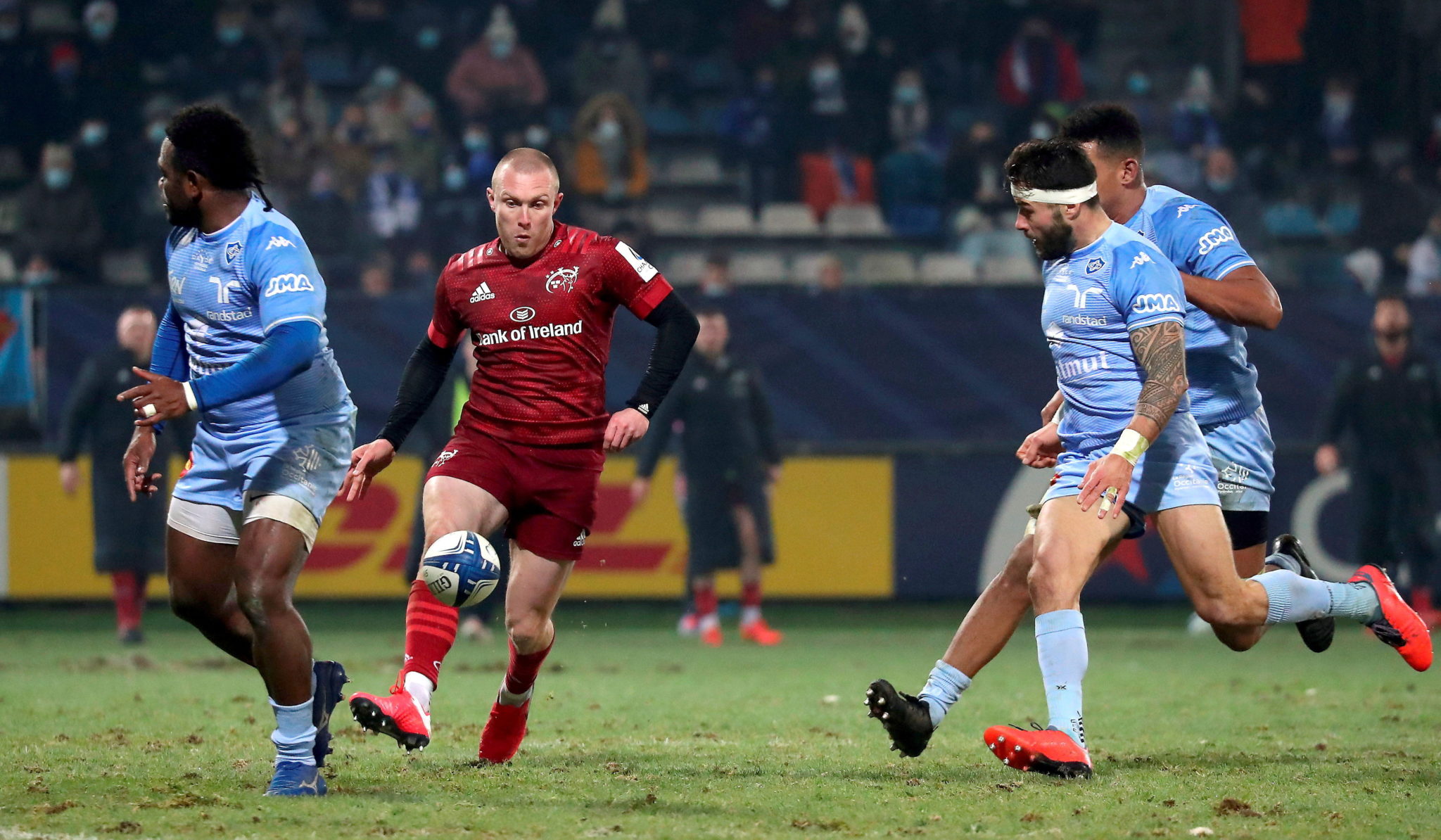 With the big boots of Damien de Allende to fill, Scannell put together a strong performance, albeit not perfect. He attempted to spread the ball wide and keep it alive in the contact, however not every offload went to hand. He was solid in defence as well.

Like Scannell, Farrell tried to be more creative this week, searching for offloads in the tackle, and supporting breaks out wide. However, he will need to be more clinical if Munster are going to shed their boring, South African style of play effectively.

While Conway tried to get involved in the more creative plays throughout the first half, his most memorable involvement was his dismal attempt at a tackle on Nakosi. He came close on a number of occasions to opening up the Castres defence, but ultimately fell short of doing so. Conway will also be needing to spend time doing tackle practice this week.

Haley was a dynamo running from the back, and was single-handedly the biggest gainer of running meters in red. While he made a few defensive errors, including a dropped high ball ball, and some slipped tackles, his endeavour on attack needs to be rewarded; particularly in this Munster side.

"IF HE WAS FULLY FIT, I WOULD HAVE HIM #1” | MALCOLM O'KELLY'S SECOND-ROW DEPTH CHART

Adams' hit on Sexton was 'quite reckless and cynical' | Andy Dunne