Matt Williams believes Munster's defence is the aspect letting them down so far this season. The ...

Matt Williams believes Munster's defence is the aspect letting them down so far this season.

The province beat an under-strength Saracens 10-3 in the Heineken Champions Cup on Saturday evening.

But Pool 4 remains right in the balance after three games. Munster face tough trips to Saracens this weekend and Racing 92 in January.

Williams senses the positive influence of senior coach Stephen Larkham in attack. But it's the defence that is troubling Johann van Graan's side according to the ex-Leinster and Scotland head coach,

"For me, I can see Larkham's influence positively in their attack," he told Off The Ball's Monday Night Rugby.

"I can see what they're trying to do and it was a very difficult night the other night. But it's really their defence that's letting them down. 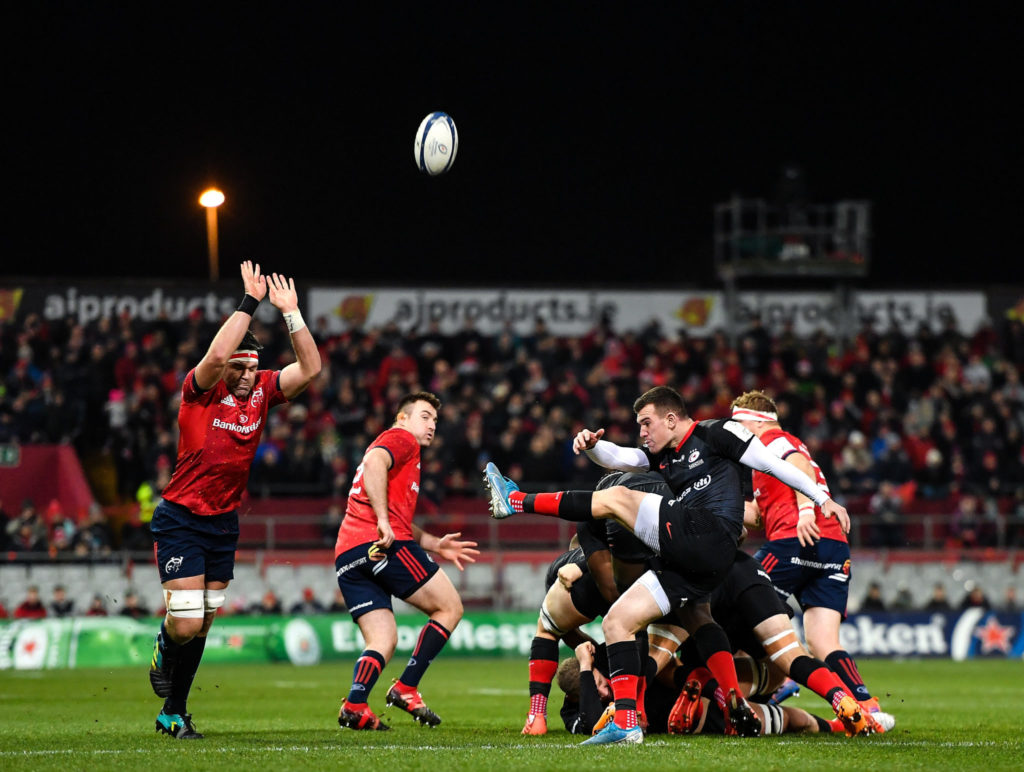 7 December 2019; Ben Spencer of Saracens kicks the ball down field, under pressure from Billy Holland of Munster, during the Heineken Champions Cup Pool 4 Round 3 match between Munster and Saracens at Thomond Park in Limerick. Photo by Seb Daly/Sportsfile

"I've said it so many times and we've seen the same defensive system from Munster in the last few years. They're standing their '9' Conor Murray in the defensive line.

"I fully understand the reasons why you do that and what the plusses are. But it leaves one man working in the back-field on their current system.

"And what we saw Racing do was cut them apart by short kicks - when you've only got one guy there. When Finn Russell kicked, there was no-one in the back-field.

"If they keep doing that and they did this in Bordeaux in a semi-final last year... you can't have one man in your secondary against these wonderfully gifted players with a short kicking game.

"You've got to have people working their bum off - it's hard - to get two or three people in that secondary line. Now, if Munster keep doing that, they'll lose. They're also missing first-up tackles."

Frawley 'looks like he's taking' the opportunity at 10 | Brian O'Driscoll