Ulster looked to get off to a strong start in the Heineken Champions Cup when they traveled to Clermont for their opening match of the new season.

Ulster looked to get off to a strong start in the Heineken Champions Cup when they traveled to Clermont for their opening match of the new season.

After Leinster got off to a flyer in their opening round encounter against Bath, Ulster were hoping to get the big scalp of the French club with a strong performance.

The visitors were in control of the territory for the opening portion of the first half, and strung together some promising attacking phases early on. Stuart McCloskey was the sole try scorer for the Ulstermen in the first half, after breaking down the French defence.

It took until just before half time for the hosts to respond with their first points, after a brilliantly-weighted cross-field kick from Tani Vili is regathered by Damian Penaud. It was eventually awarded by the TMO.

The second half seemed to go the way of the hosts, however, as JJ Hanrahan sliced through the Ulster defence a number of times. Penaud completed his brace off the back of one such break away midway through the second half.

While the Ulster backline continued to find gaps throughout the match, the power of he Clermont forwards smashed holes in the visitors' defence, which was ultimately capitalised on by Hanrahan and his backline.

However, in the final 15 minutes of the match, Ulster capitalised on the ill-discipline of Clermont, and some refereeing technicalities relating to the timing of blowing a whistle, as Nick Timoney scored their second try to regain the lead late in the game.

A late penalty only saved a single log point for the hosts as Ulster ran out 29-23 victors. 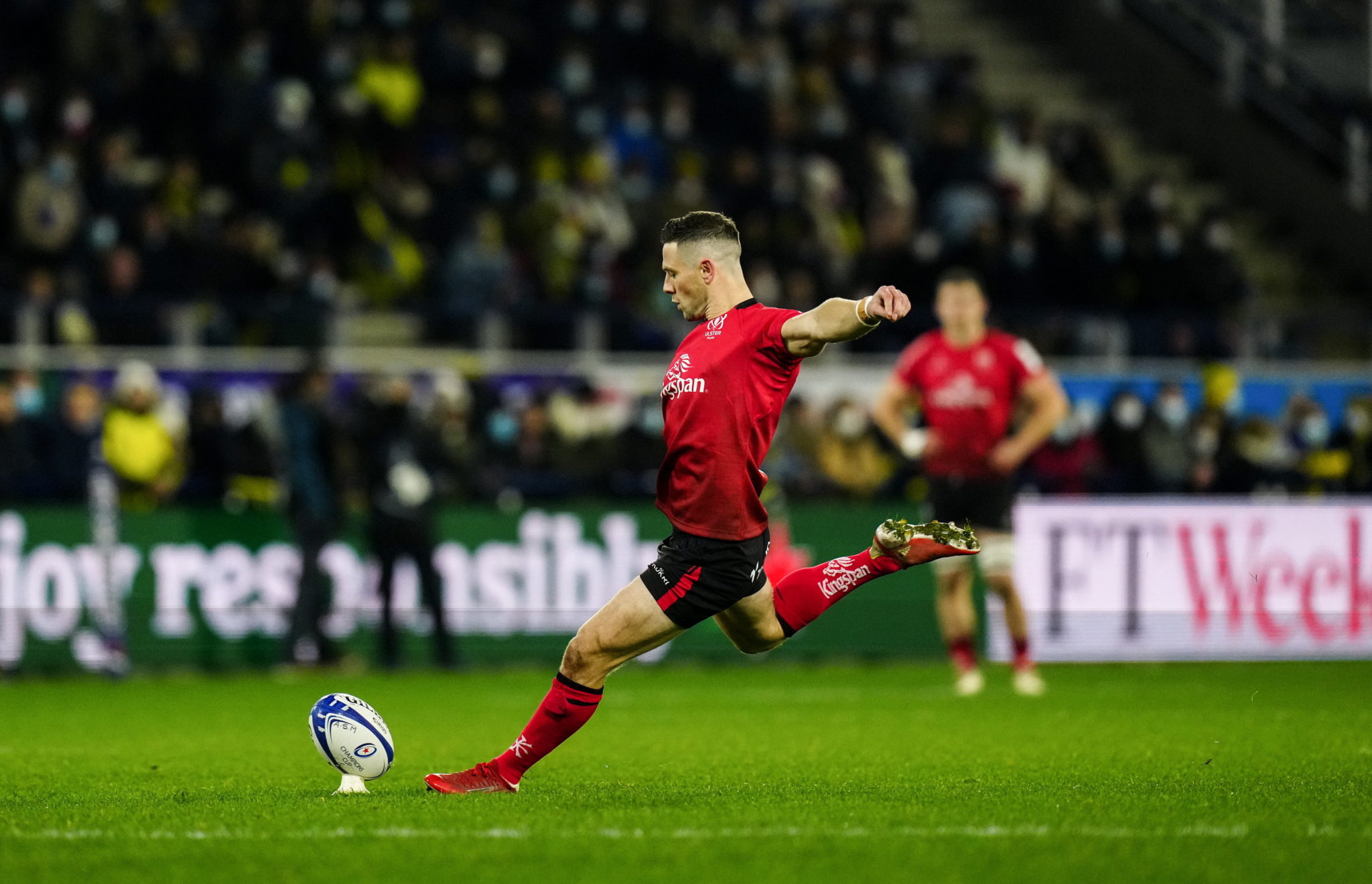 The Ulster set piece was hit and miss throughout, with the scrum in particular either being dominant or penalised with alternating frequency. Outside of the set pieces, Andrew Warwick was unable to make a huge impact, as he was not involved on either side of the ball, and was subbed off before really making any inroads at the breakdown either.

One of the three Irish hookers that Keith Wood feels is on top of their game, Rob Herring was impressive for much of his game. While Clermont are a tough opponent to travel to and dominate, particularly up front, the hooker still managed to get some go-forward with his carries and was physical on defence as well.

The forwards were always going to be under pressure against a physical Clermont side. O'Toole's performance off the ball was hit and miss, much like his front row counterpart, however, it was defensively where he put in a marathon performance, making the second most tackles and making his presence felt. 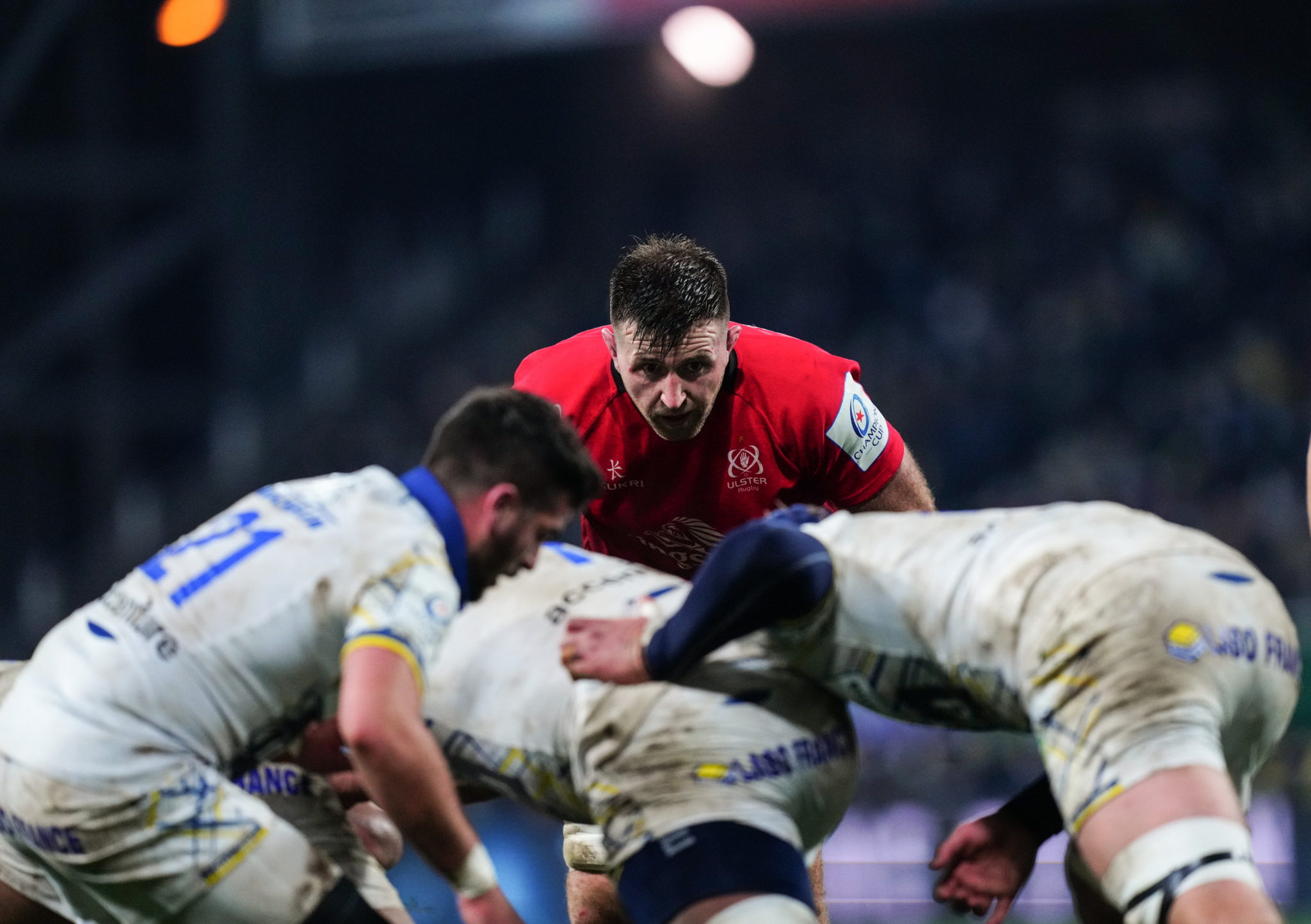 While he was not able to make any inroads against the powerful Clermont defence, it was Alan O'Connor's own defensive efforts that had a lasting impact on the game. The lineout also functioned effectively, thanks to the leadership of O'Connor.

Treadwell and the Ulster forwards were bullied in the second half, as they would have expected, by the powerful Clermont pack. While he measured up as well as he could have, it was not the most impressive performance from the 26-year-old.

Marcus Rea was all over the park, making a major impact with his carries and racking up some impressive defensive statistics as well. He is not one to take the headlines, but perhaps he should be.

Slightly overshadowed in the build up by the arrival of Duane Vermeulen, Nick Timoney quietly went about his business to put up a strong performance on the side of the scrum. His try showed not only great awareness of the whistle, but also his work off the ball to support his teammate on a long run, exemplifying what the loose forward brings to Ulster and Ireland.

Duane Vermeulen was quick off the mark on defence at the fringes of the ruck, and defensively a massive factor for the visitors. While his debut for his new team would have been expected to be one in which he dominated the carries, it was his command of the defensive line that truly shone for the Springbok World Cup winner. 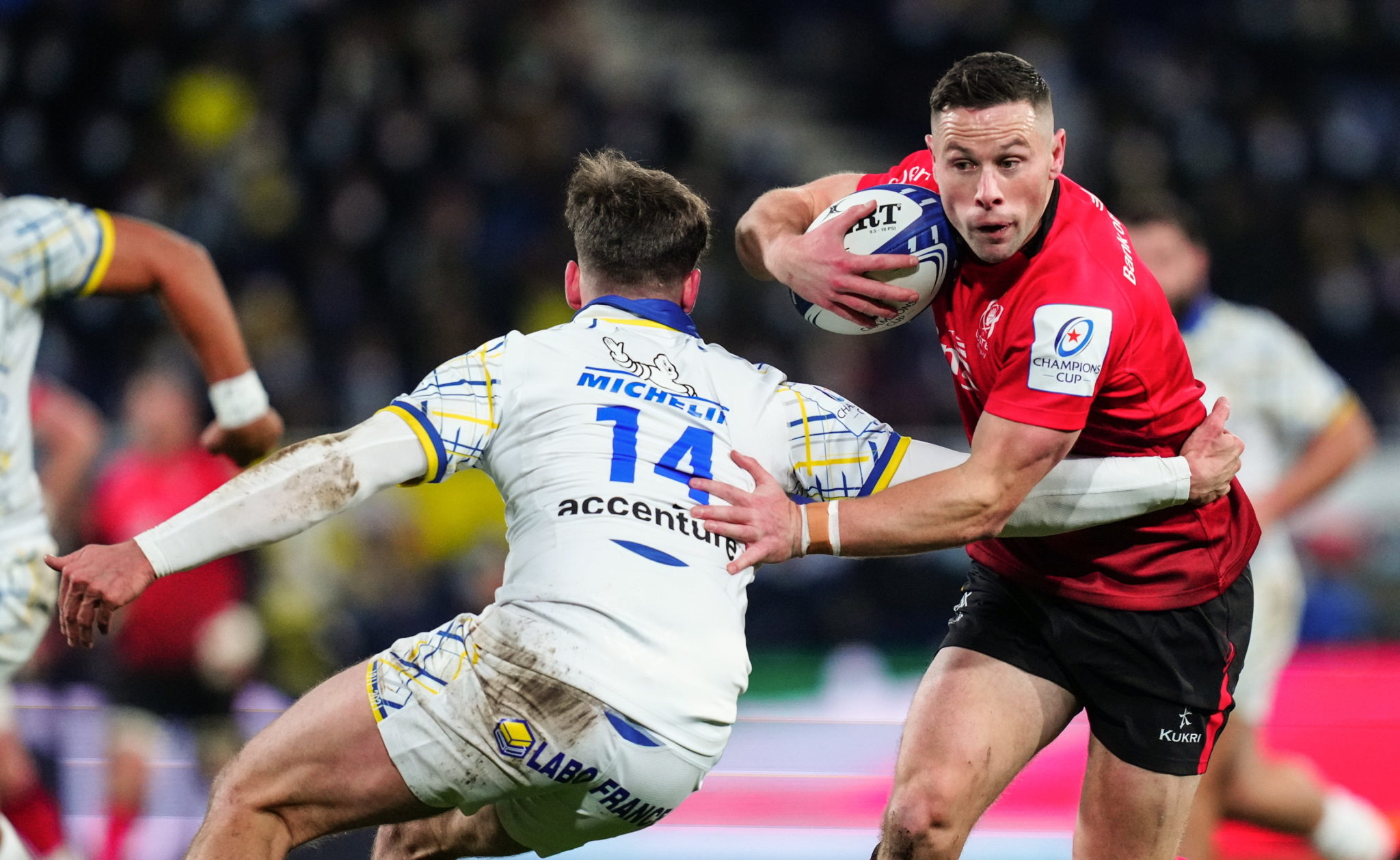 John Cooney was the one that kept the pressure on the hosts, as his metronomic boot helped Ulster earn their early lead. He was vital in getting the visitors back on the front foot after a brief period trailing Clermont. It was a complete performance that will remind Irish fans and selectors that Nathan Doak isn't the only exciting number nine in Ulster.

While Cooney organised the attack and controlled the game, he was aided greatly by a calm and collected Billy Burns outside him. It was not a night for the flyhalf to cover himself in glory, but he was consistent and helped his side earn their victory.

The Ulster backline was dangerous, from start to finish, however not as clinical as they might have been. McIlroy was one of those that made a good number of metres, broke the line well and ran strong support lines, however was unlucky not to find himself on the scoresheet. Defensively, though, there were a few lapses on his side, which resulted in a slightly reduced rating.

McCloskey scored the only try in Ulster's dominant first half, and looked threatening and physical on both sides of the ball. When Clermont were on top in the second half, some key defensive hits from the centre put Ulster back on the front foot. 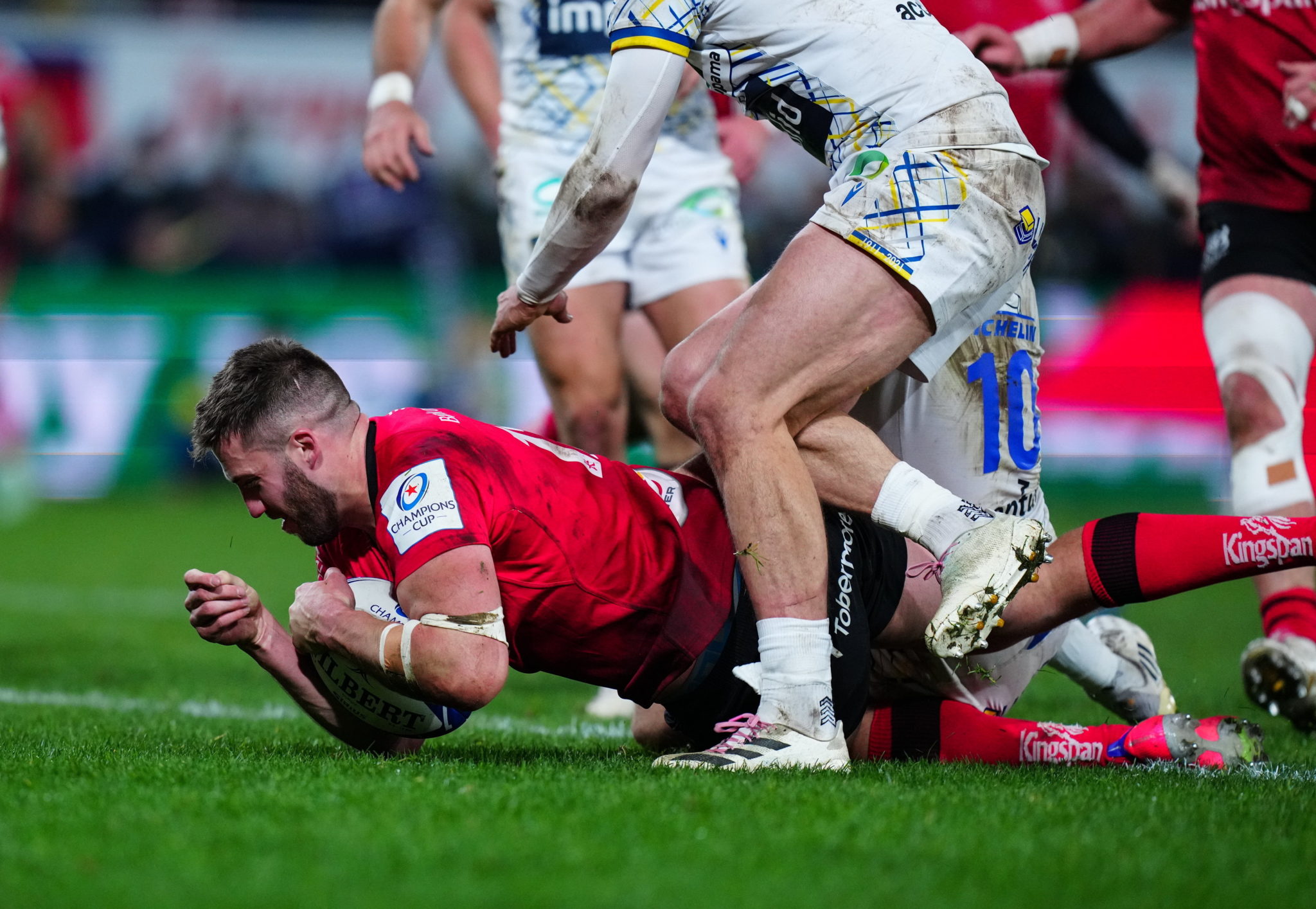 Like the rest of the Ulster backline, James Hume threatened the Clermont line on numerous occasions, breaking the line a few times and coming close to scoring himself. He made a few defensive errors, however it was a strong performance by the centre.

Baloucoune was unlucky to be injured in the tackle by Van Tonder, which ended a very promising early performance by the exciting winger.

Brilliant break through the defence midway though first half, ultimately came to nothing, but broke them up the field into good position nonetheless. He was involved in everything good for the visitors, made a whole lot of metres, and kept the Clermont defence guessing with every touch.