Leinster have the chance to win their fifth European Cup this afternoon and their second in-a-row when they face Saracens this evening.

The match sees two giants of European rugby clash with both sides littered with Irish and English internationals.

Leinster are looking to retain the trophy after their 15-12 win over Racing 92 in Bilbao last year and former Ireland and Munster forward Alan Quinlan highlighted the difficulty Leo Cullen's side have faced all season, telling Will O'Callaghan: "We would look back with regret and think 'God, we could have had four or five' by the time I finished.

"I was involved in four finals and we lost two. I played in another three or four semi-finals so we were very, very close for a number of years.

"It's difficult to win back-to-back trophies at any level in any sport because opposition get better - they look at you with envy and the challenge is how can we improve the standards that we've already set. 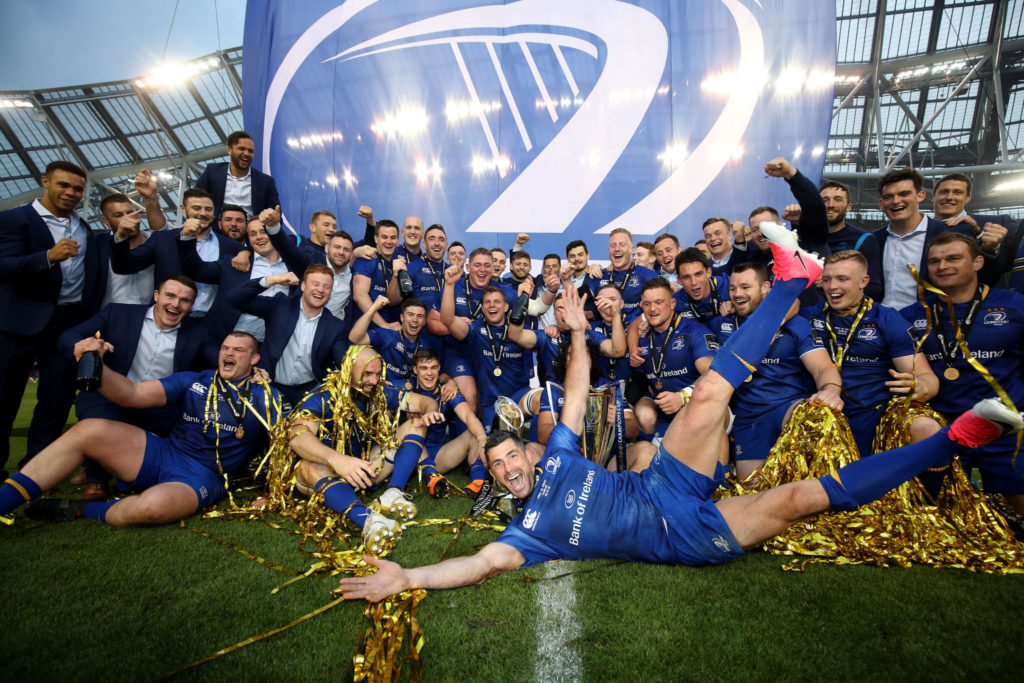 Leinster players celebrate with the PRO14 and Champions Cup trophies after the game. Image: ©INPHO/Dan Sheridan

"The hunger, the motivation, the desire - all that kind of stuff and it does waiver some times and maybe complacency sets in and all those things can play a role. So, you've a lot of movable parts to get right to back up success and that's why teams get lauded for multiple wins.

"In hurling, look at Kilkenny winning four. They missed out on the five because of Tipperary. To win four like that and any of the great footballing teams, the great Kerry team, the Dubs at the moment - it's phenomenal.

"To get that hunger, desire and to introduce new people to push guys to an different level as well. The teams around you get better and they want to be what you are."