Ulster should have been awarded the last-minute try to beat the Stormers in Cape Town, according to former Munster and Ireland flank Alan Quinlan.

Ulster should have been awarded the last-minute try to beat the Stormers in Cape Town, according to former Ireland flank Alan Quinlan.

However, the match in South Africa's mother city was not without it's controversy, as many felt that Ulster should have been awarded a last-minute, match-winning try. Included in those suggesting Ulster should have won is Alan Quinlan.

Speaking on Monday's OTB AM, the host of The Red 78 explained why he felt that the referee and TMO got the decision wrong on Saturday.

"Wrong decision," Quinlan said. "In the middle part of the second half you thought the Stormers were in control. They looked like they were going to win the game and kick on.

"But Ulster's response was phenomenal and they kept playing right until the end. They really troubled the Stormers and got right back into the game."

South African fans and pundits alike have been criticised throughout the competition for their criticism of how referees in the northern hemisphere judge the scrum.

However, this week it was the South African TMO Quentin Immelman that was under fire from the Northern Hemisphere, as Quinlan felt that it was bizarre that a South African would be given the TMO role in a match involving his countrymen.

"Callum Reid, with two minutes to go, looks like he scores a try right on the line," Quinlan said. "Ulster run back, that's the game, you think. They've won it, a brilliant result away from home in South Africa.

"The TMO calls them for a look. The problem here, and I was kind of flabbergasted by this, the TMO is a South African! If you are sending teams of referees down there, send another one, a TMO!

"As Callum Reid is touching the ball down, the Stormers player dives in to try and prevent the try, dislodges the ball slightly out of Reid's hand, it goes backwards, his body comes down on the ball and I think it's a try." 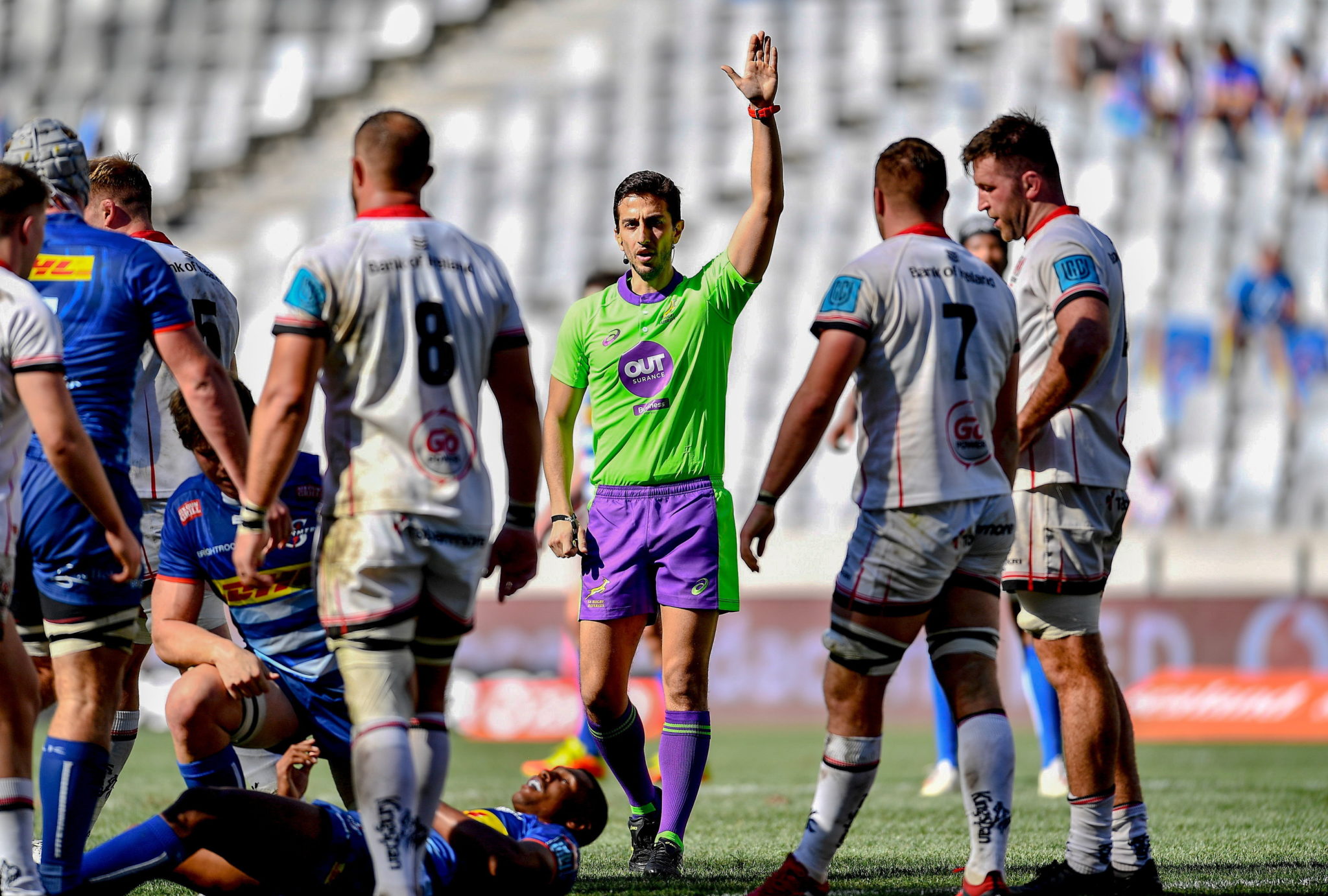 After the match, Ulster head coach Dan McFarland held little back in his criticism of the decision.

“In my head, we won that game, so we will move on,” McFarland said. “I’ve got to be careful about what I say here, but I can’t understand why that’s not a try.

"If it’s not a try, then why was it a knock-on? They deliberately knocked the ball out of our hands. I don’t get that."

Quinlan sympathised with the Ulster head coach. He felt that Ulster should have at least been awarded the scrum in stead of the feed being given to the Stormers.

"Dan McFarland was fuming after the match," Quinlan said. "The TMO calls the referee, has a debate about it, and I still think, watching it over and over again, that it is a try.

"Alan O'Connor, who probably was pushing his luck a little bit the way he was debating with the referee, was debating the point that he had awarded a [scrum] to the Stormers for Reid knocking the ball on, when he clearly didn't.

"I think, at worst, Ulster should have been awarded a five metre scrum. In turn, he awarded the Stormers a five meter scrum.

"I think Dan McFarland had every right to be really frustrated and angry with that decision."