It was announced on Tuesday that the England World Cup winner Steve Thompson is one among eight ex-players taking a case against World Rugby, the Rugby Football Union and the Welsh Rugby Union for alleged negligence that left each man with permanent brain damage.

"I've been in contact with the group that has put this class action together over the last few months," Jamie Cudmore explained, the Canadian currently embroiled in an ongoing civil case against Clermont Auvergne for their alleged mistreatment of him when he represented the French club in 2015.

"I basically gave them the run down of what's happened in my case, as it is still ongoing in France due to Covid, and we compared notes."

Across eleven years representing Clermont, Cudmore has alleged that the club bear responsibility for putting him in danger after suffering repeated hits to his head.

"Back in the 2015 Champions Cup," he explained, referring to Clermont's semi-final clash with Saracens, "I was taken off the field for an HIA. Basically, I [and Billy Vunipola] came flying into a ruck from opposing sides at literally the same time - like two rams butting heads."

What occurred next has shaped the case that he has taken against Clermont.

"My physio had grabbed me and I was taken off for the HIA," he recalled. "I was deemed unfit to be able to continue to play, but I was still asked to come back on five minutes later.

"I had been brought into the changing room, done the HIA, got stitched up and told my day was done. Then five minutes later I was asked by the doctor to come back on the field as my second-row partner had gotten injured and I finished that game."

A blatant disregard of the protocols in place, Cudmore's story did not finish there as Clermont, after defeating Saracens, prepared for a clash in the final with Toulon.

"The first tackle I made in that game I was sparked out again," he explained. "I went through another HIA and kept playing before getting another knock to the head in about the 67th minute where I was cut and taken off the field.

"I got stitched up and had started puking in the changing room while getting stitched up. [As a player], I wanted to get back out on the field and the doctor let me out there again. That was the start of a good month of serious, serious symptoms: not being able to sleep, extreme sensitivity to light and noise, etc.

"[I came to understand] what had actually happened and that the club almost killed me during those two weeks all to try to win a game. It was really disappointing... We've taken the club to court so hopefully this can be a line in the sand and it doesn't keep happening."

The grounds for Cudmore's case taken against Clermont in a French court, the club have hitherto denied any wrongdoing on their part in how the second-row was treated. 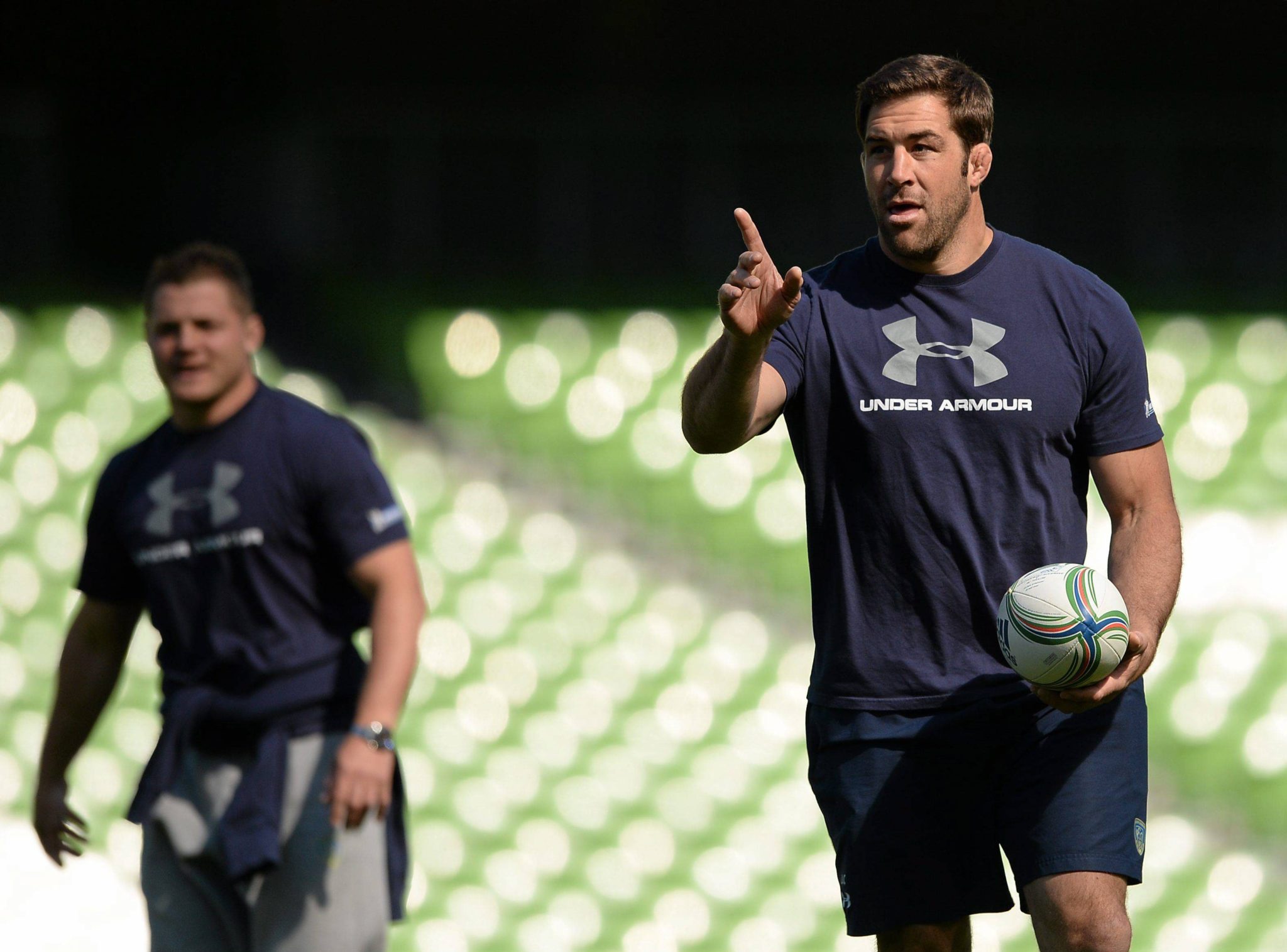 While it is widely felt that rugby union on a global scale now faces a reckoning the like of which it is difficult to comprehend, Cudmore is insistent that greater education regarding the treatment of head injuries should assure the game's long-term future.

Of the HIA protocol in place for the professional game, however, he believes that attempts must be made to implement the rule exactly as how it has been laid out by World Rugby.

Rugby's governing body determined the following when the HIA was formally adopted into the laws of the game in 2015: "Any clear or suspected signs or symptoms of concussion MUST result in immediate and permanent player removal." According to this rationale and the fact that a test will only be carried out if there is the suspicion of a concussion, 'passing' an HIA becomes illogical.

"I think rugby is taking the HIA seriously," Cudmore asserted, "but it is a 'suspected concussion' - they're still not following the laws of the game.

"When I'm with the national team then we use HIAs there but we prefer to put a fresh player on as opposed to a player who has gone through an HIA. [Even if they've passed], no we don't put them back on."

For more on what Jamie Cudmore had to say on OTB Sports, click here

Listen to LIVE commentary of Munster v Harlequins this Sunday on Off the Ball, with Neil Treacy joined by Keith Wood at Thomond Park for the 5.30pm kickoff.

How to survive another obscenely packed Level 5 weekend of sport