Ireland have a selection headache in the second row, but should one man be untouchable?

Ireland have a couple of big decisions to make ahead of the England game, but could dropping James Ryan be the solution for Andy Farrell?

Ireland are in an enviable position.

At least one of Andy Farrell's substitutes on Saturday against England won't deserve to be on the bench. There is no right decision but there's also no wrong decision. Every move you make as an international manager is judged with hindsight, but now before the game we can say that Farrell can justify any move he makes. Within reason, of course.

One of Mack Hansen, Robbie Henshaw and Andrew Conway won't even be in the squad.

On this week's Off The Ball, Brian O'Driscoll tackled the difficult decisions that Farrell faces in his backline and ultimately settled on Conway starting ahead of Hansen, with James Lowe cemented into the left-wing spot.

Ireland's backline is easier to solve than the forward pack because the gaps between the players aren't huge.

The changes in style between the players won't be massive either, so whether it's Henshaw or Bundee Aki, or Conway or Hansen, it likely won't matter too much. But the decisions made in the pack will alter Ireland's identity.

Henderson offers Ireland an anchor in the scrum and a physicality in defence that neither James Ryan nor Tadhg Beirne offer. Physicality will be a priority against this England team. If Ireland want to start Henderson, then it becomes a question of where Beirne goes. He can start at six, but that would mean dropping one of Jack Conan or Caelan Doris. Unless Farrell takes a wild swing and moves Doris to seven ahead of Josh van der Flier.

If Beirne starts at six, then Doris will move to eight and Conan will drop to the bench. An in-form, test-starting British and Irish Lion on the bench. That's an astonishing idea to even contemplate. But it's also justifiable based on the performances of those around him. Doris could drop to the bench instead and Conan could stay at eight, but that seems very unlikely.

Beirne can be the best player on the field at six. He was one of the best players in the Six Nations last year at six and will give Ireland a consistent disruptive force at the breakdown. But he takes away from the team's ball carrying when he's in that spot.

With Cian Healy likely to replace Andrew Porter, Ireland will be without one of their better ball carriers. Healy is a set piece stalwart and will do his job commendably, but Porter's open-field carrying and ability to pass the ball will be missed.

Putting Beirne in the second row allows Ireland to keep their back row intact. Doris, van der Flier and Conan are a complementary combination of high level athletes and technicians. Breaking that unit up would be a mistake. So the question becomes should Ireland start Beirne or Henderson with James Ryan in the second row. While Ryan is a great second row, he shouldn't be untouchable.

Ireland need Henderson's steel in defence and at the set piece. But dropping Beirne costs the team too much.

The big drop-off for Ireland between Ryan and either Henderson or Beirne comes in the lineout. Ryan is Ireland's best lineout option. Peter O'Mahony isn't starting, so his importance is multiplied. But Henderson can call lineouts. Henderson can also be an effective jumper. Starting him doesn't limit what you can do. Beirne is an effective lineout jumper. Doris, van der Flier and Conan can also be too. Ireland aren't lacking in options at the lineout with or without Ryan on the field.

For a decade, Ireland have endured and enjoyed an overreliance on Jonathan Sexton at the 10 spot. James Ryan has seemingly achieved a similar stranglehold on a spot in the second row since Paul O'Connell retired. Ryan deserves to start, but so does everyone else in the pack. He shouldn't be untouchable by default. Competition should reign true regardless of who is forced out.

And dropping Ryan for this specific game wouldn't mean dropping him permanently. Similar to how Ireland started Beirne and then Henderson during the Autumn Internationals, Ireland are simply playing the matchup the best way they can.

Ryan gives Ireland an impact player off the bench too, so it's not like the 23-man squad is weakened by having him there.

Ireland have an opportunity to enjoy a rare victory in Twickenham. If they get their gameplan right, they can swarm Marcus Smith and shut the England attack down at source. To do that, they will need to win the physicality matchup at the breakdown and free van der Flier to target Smith at first receiver. If Smith gets front-foot ball, suddenly there is a real threat of England winning a game they really shouldn't be in a position to win.

Andy Farrell has shown so far that he's willing to make big decisions. he doesn't shy away from picking or not picking players regardless of who they are. He's adaptable and innovative. Ireland are moving away from regimes that mythologize individuals and create sacred starters.

That's how you maintain success instead of peaking and falling on the back of the fluctuation of the form of individual players. 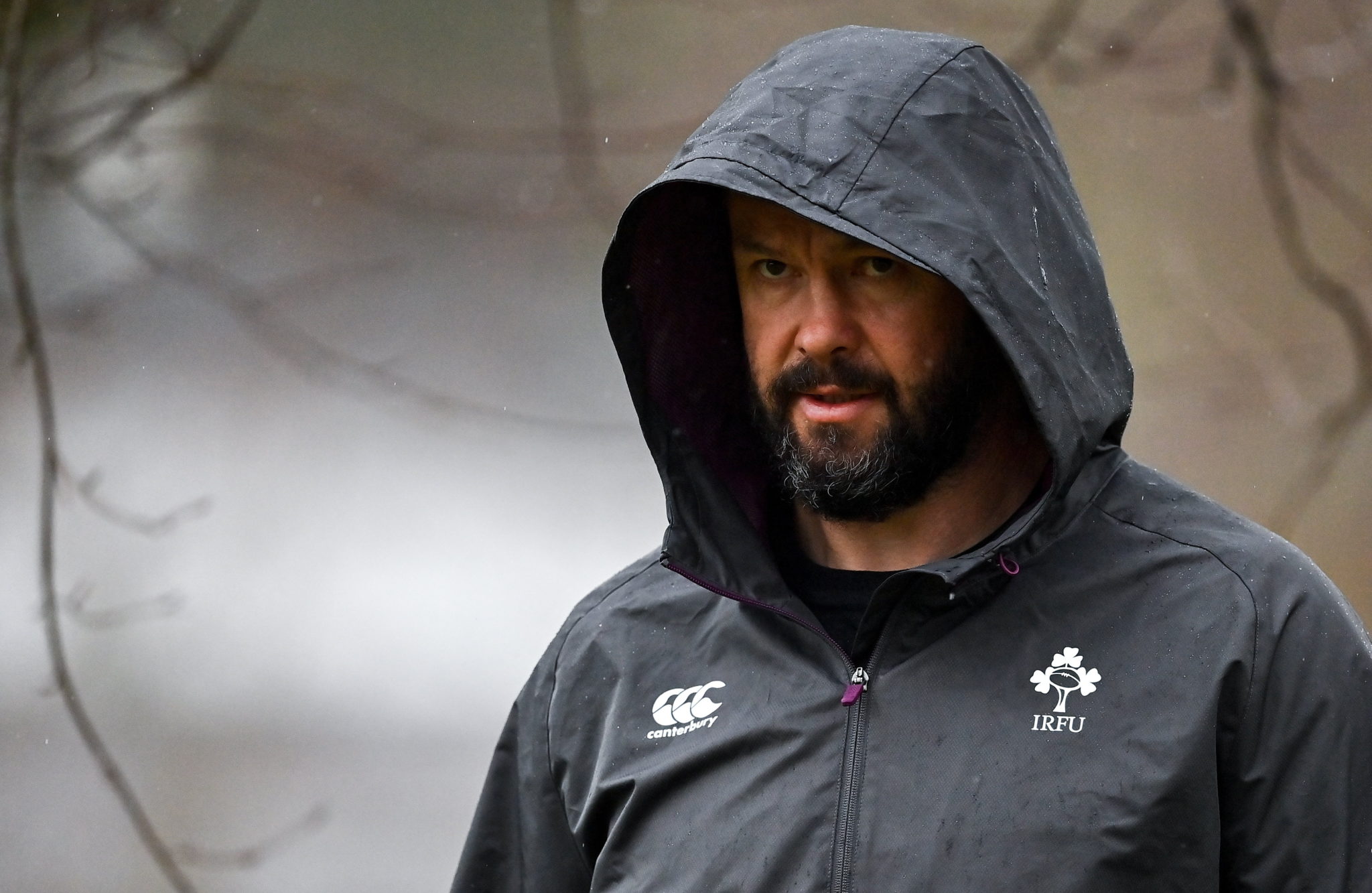