As Andy Farrell's Ireland secured a second Six Nations win in succession against Wales on Saturday afternoon, Alan Quinlan highlighted the improved performances of Johnny Sexton and Conor Murray as evidence of a drastic upturn in form for Ireland's forwards on Monday's OTB AM.

After a shaky start last weekend against Scotland in Dublin, the arrival of Wales was set to be a true test of where Ireland find themselves so soon after the disappointment of the World Cup in Japan.

While Alan Quinlan didn't shy away from the fact that Wales under their own new head coach Wayne Pivac were far from perfect, it was a performance and result that demonstrated the best of what a number of Ireland's players can offer.

"Conor Murray was outstanding as well," stated Quinlan. "But this is on the back of the pack delivering. If you have a pack of forwards who deliver, it is so much easier for half-backs." 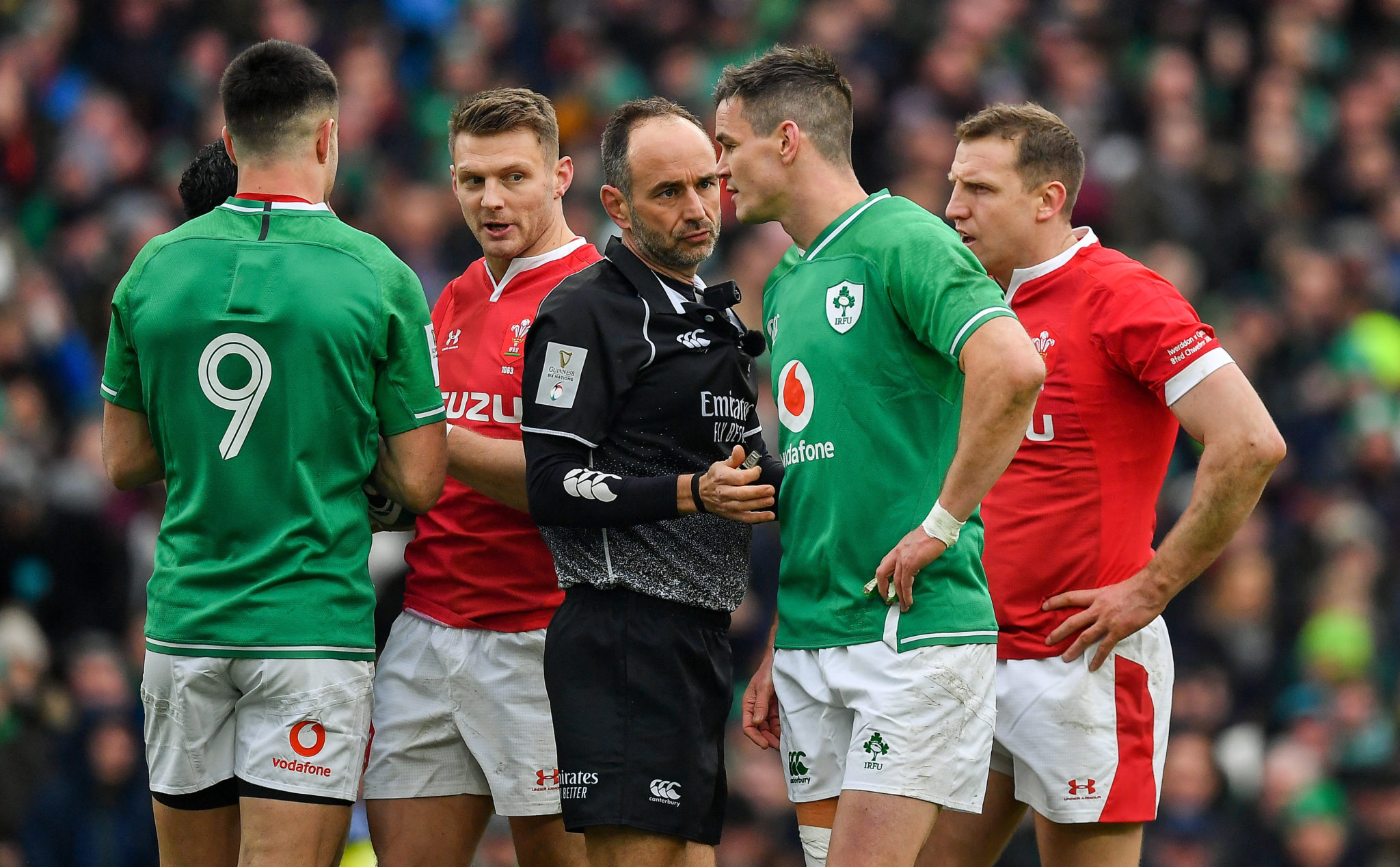 In what remain the relatively early days of Johnny Sexton's tenure as Irish captain, the out-half's occasionally tetchy relationship with French referee Romain Poite was impossible to ignore during Saturday's match-up.

Nevertheless, with the exception of the odd decision here or there, Quinlan was pleased that Sexton was attempting to impose himself on the game in a largely productive, beneficial manner.

"One of the things that I loved playing under Paul O'Connell, Anthony Foley, Mick Galwey or Brian O'Driscoll was that they had that presence," recalled Quinlan, "they'd push it with the referee.

"That is really important, to let the referee know that everyone is watching this."

By and large, it was Johnny Sexton's physical bravery and determination that set an example for his teammates.

"I really thought Johnny Sexton was outstanding in that defensive set," pointed out Quinlan. "It was unbelievable if you watch it back the number of tackles he puts in.

"These were impact tackles on big players running hard lines. He's just full-blooded, full-spirited in everything he does and he was brilliant. He led the team really well.

You can watch back Alan Quinlan's full assessment of Ireland's victory in its entirety here.

Bernard Jackman calls on support for 'Feed The Heroes' campaign

'With your shiny Adidas boots!' | Alan Quinlan talks ROG getting the glory