In August, he tested positive for a banned substance, while attending Springbok training in July. His B-sample also returned a positive test.

South Africa rugby journalist and broadcaster Craig Ray joined us to discuss the case and the wider issue.

"That sample returned a positive sample for three different types of anabolic steroids," he explained.

"He immediately sent out a release via his agent and lawyer, claiming innocence. The usual defence that you see... 'I've no idea how it got into my system'... 'I will fight to clear my name'... 'I've never been a drug cheat, never will'... and so on. The usual statements that we often see.

"He demanded, as is his right, the B sample which is obviously the same as the A sample, just to be clear. But what they use is about 70% of the volume of the sample is used for the A sample and about 30% is used for the B sample. That B sample came back as an adverse finding as well and that confirmed the A sample. Now, he'll go to a tribunal where he faces a four-year ban. At that tribunal, he'll have to explain how it's in his system." 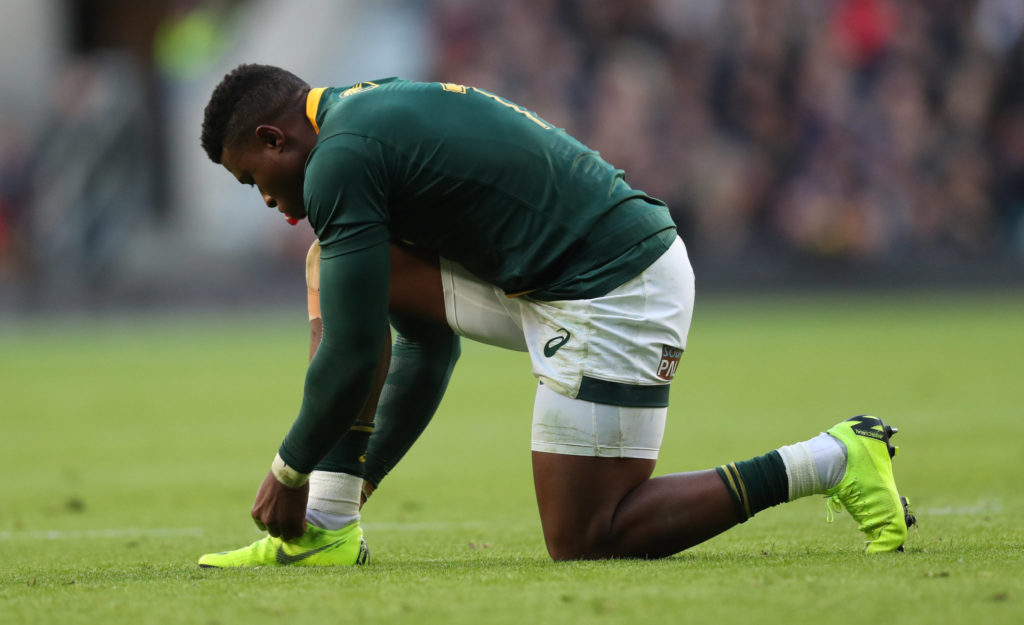 But what of the wider issue of the use of banned substances in rugby in South Africa?

"It certainly is an issue," Ray replied.

"There has been a study done that 10% of schoolboy rugby players in South Africa over the age of 15  - between 15 and 18 - have admitted to taking some form of illegal substance.

"So if 10% have only admitted to it, you can imagine that number is significantly higher. It is a problem and there is such pressure on young rugby players who want to make it in the game to perform and be better and get into the system from a young age and be contracted on a semi-professional contract to a union the year they're leaving school. So the pressures are massive here.

"And schoolboy rugby, unfortunately I think, has gone too far in terms of televisied coverage. There are huge games on TV every weekend and crowds of up to 20,000 people going to these games."

Ray also explained that there are restrictions when it comes to testing school-age players.

You can watch the full chat with Craig Ray in the second half of Monday Night Rugby: