‘Tell me about it!’ | Stuart Lancaster open to a split season for rugby

A split season or global rugby calendar would make a lot of sense, particularly for Leinster, acc...

‘Tell me about it!’ | Stuart Lancaster open to a split season for rugby

A split season or global rugby calendar would make a lot of sense, particularly for Leinster, according to their senior coach Stuart Lancaster.

The idea of a global rugby calendar has been brought up consistently in recent years, with many clubs and countries backing the idea to align their seasons so as to avoid clashes of domestic and international competitions.

In addition to the benefits for both club and country, the idea would also allow for the much-proposed World Club competition to become a thing of reality.

In particular, the installation of a split season through a global calendar would help teams like Leinster, who have a large number of international players in their squad, and face the challenge of not only filling in the gaps when the internationals are gone, but managing their overall workload upon their return.

Speaking ahead of the British and Irish Lions squad announcement on Thursday’s OTB AM, Lancaster expressed the challenges that his side face with the packed season as it is.

“One of the challenges, and this isn’t an excuse, it is just the reality of the situation and it is not something that I have seen anywhere else, where so many of the Leinster players are Ireland players as well,” Lancaster said.

“If you were to go through their season from the end of lockdown one, we went two games against Ulster and Munster, then Pro14 semi and final, the week after we played Saracens in the quarter-final [of Europe].

“Obviously we didn’t achieve that semi-final, but the week after that the new season started. Then those autumn internationals came around, then the Christmas period.

“Then you are straight into Europe. So, for a Leinster squad that produces so many international players as well, it is a challenge.” 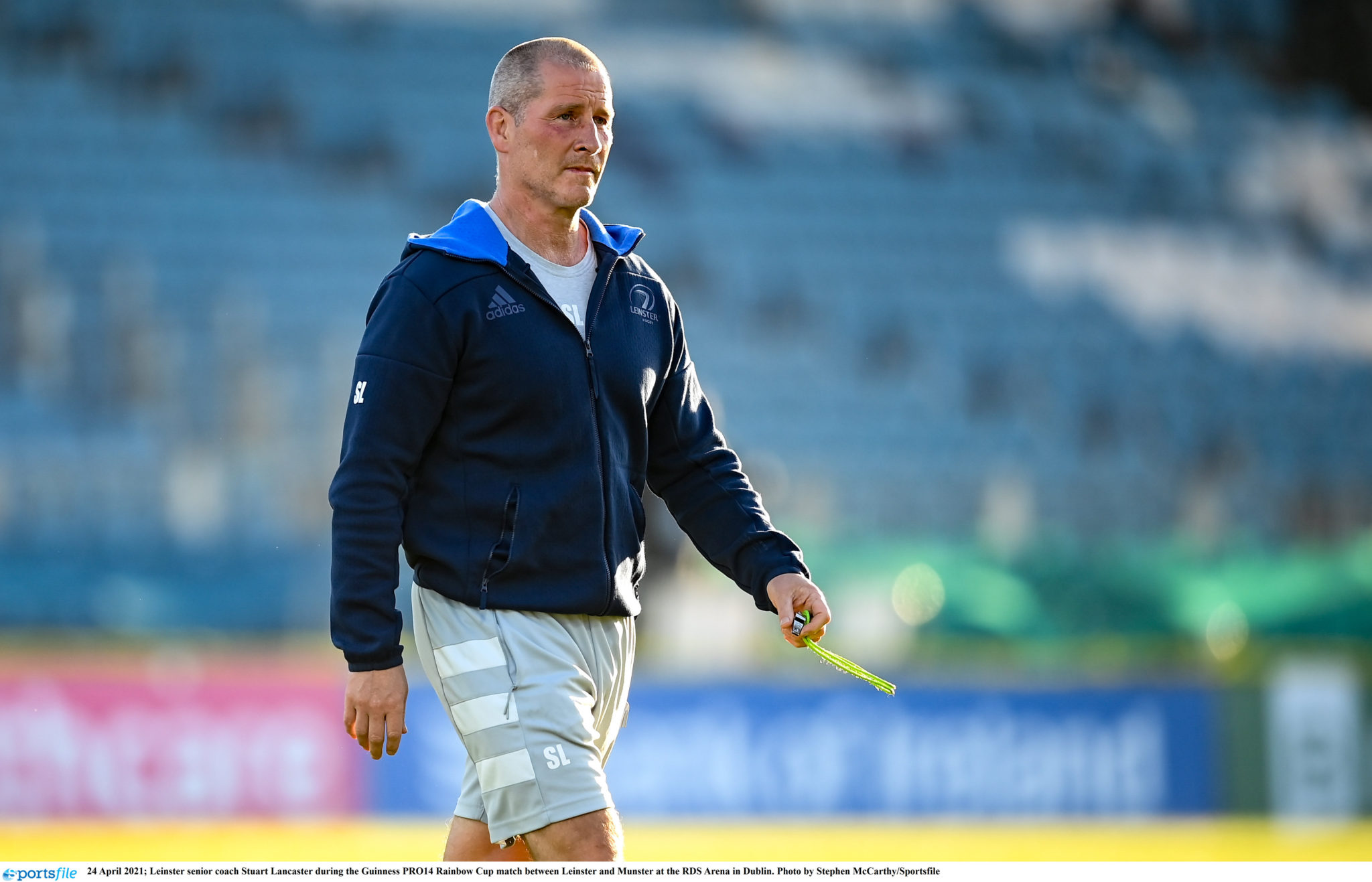 Leinster senior coach Stuart Lancaster during the Guinness PRO14 Rainbow Cup match between Leinster and Munster at the RDS Arena in Dublin. Photo by Stephen McCarthy/Sportsfile

Lancaster is in favour of a split season

“The reality is, when we look at the make up of next season, [the British and Irish Lions players] will come back into pre-season at the end of September, there will be November internationals, there will be Christmas and there will be Six Nations.

“If we were to play a Bulls or a Stormers or a Sharks, we could easily be playing them in those windows where we don’t nave necessarily the best players.

“We can still learn, and it is brilliant for the development of the younger players, but it is [a juggling act].”

“That is a lot different from say a Crusaders who are successful in the southern hemisphere, who start and finish the season as a Crusader and then become an All Black,” Lancaster added.

The way that the season works in the southern hemisphere means that club and country fixtures are separate, meaning that the players called into the international side have already finished their domestic season and can focus solely on their country.

When the idea of a similar split season was brought up, Lancaster appeared to be in full support of it.

“Oh my God, please! Tell me about it,” Lancaster said. “I am an eternal optimist, but I do think hopefully that the World Club Challenge will come around at some point in the future.

“I want to be around for that sort of competition in the future. But how exciting would that be?

“The structure in the northern hemisphere is a lot more challenging, particularly for a club like Leinster where you have so many players who have to [play club and country back-to-back].

“It is not just the playing; it is the emotional strain of playing international rugby. You can only dip into the well so many times.”