Ireland will be among the second seeds when the draw is made for the 2023 World Cup.  It means A...

Ireland will be among the second seeds when the draw is made for the 2023 World Cup.

It means Andy Farrell's side face the prospect of being drawn with one of defending champions South Africa, the All Blacks, England or Wales.

Ireland have effectively suffered due to the lack of games in 2020 because of the COVID-19 shutdown.

World Rugby have decided to determine the seedings based on the world rankings as of January 1 2020.

Ireland are currently 4th in the world, but as of New Year's Day were 5th behind Wales. With France also among the second seeds, it means Ireland will avoid a pool game against the hosts. 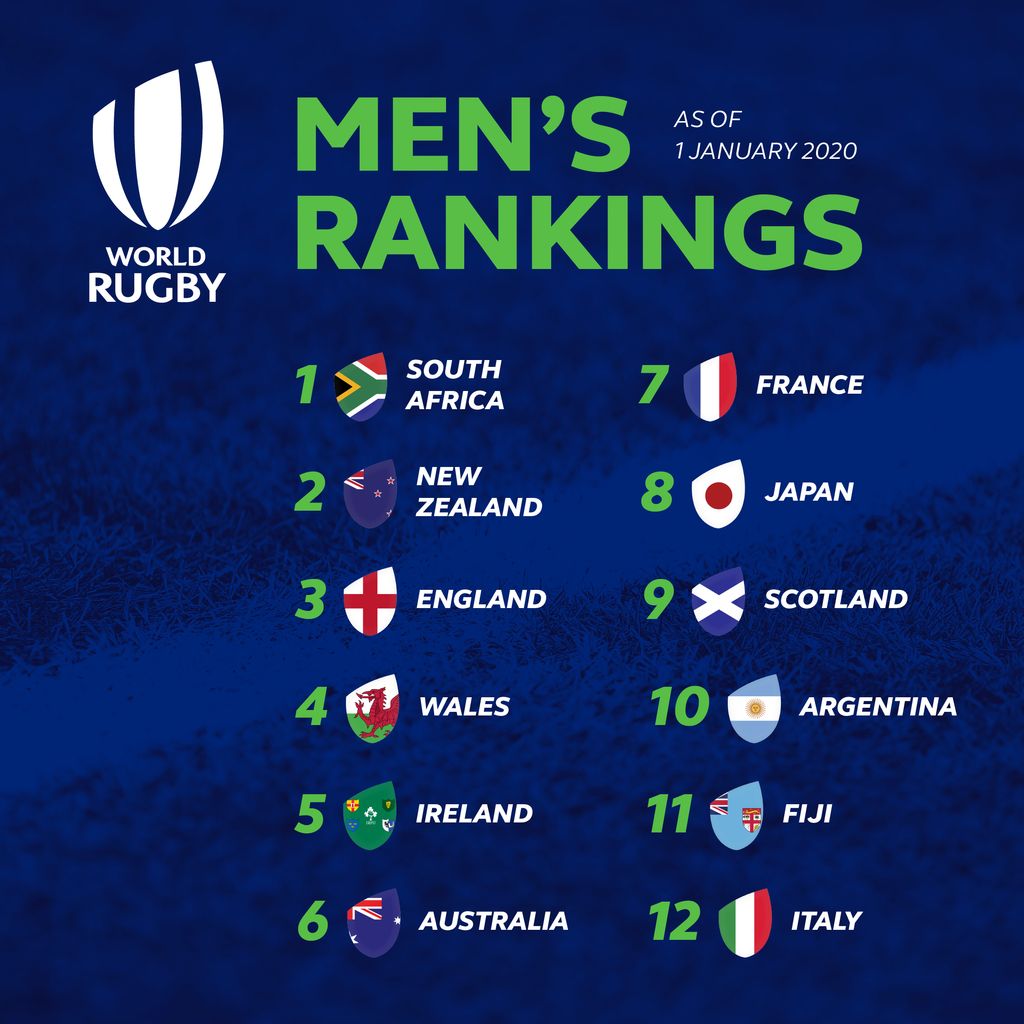 World Rugby rankings as of January 1 2020

"While COVID-19 means that, in the interests of fairness for all qualified teams, we have needed to draw a line under the rankings at the beginning of the year," said World Rugby chairman Bill Beaumont.

"Everyone should appreciate that this is a unique time, we can’t delay, and we must continue to accelerate planning for what is going to be a truly spectacular and special Rugby World Cup 2023 in France."

The draw for the pool stage will be made at the Palais Brongniart in Paris on December 14.

Jonathan Sexton confirms new IRFU deal will be his last