Johann van Graan will be looking for a huge performance against Toulouse this weekend, according ...

Johann van Graan will be looking for a huge performance against Toulouse this weekend, according to former Munster hooker Keith Wood.

Munster were beaten for the sixth time in a row by Leinster in Saturday’s Guinness PRO14 final.

They now turn their full attention to the Champions Cup and their clash with French giants Toulouse.

Speaking on Monday Night Rugby, Wood suggested that this upcoming fixture would be a big one for the under pressure South African in charge of Munster.

“I’d say he is feeling pretty vulnerable this week,” Wood said. “He has got one of the biggest weeks ahead of him as to how Munster respond and play this weekend.

“When you are trying to win trophies, these are the ones that count.”

Despite the pressure that Van Graan will be under, Wood has seen some positives in Munster’s ability to bring in new players this season.

“I actually think they have managed to blood a lot of players during the year,” Wood said. “Some of those were due to COVID and certain circumstances and injury, but they still have done it.

“There is a sense that there are more players coming through the system; it has taken a while to get there, and they have gotten there.

“They need to be trying to win these competitions.” 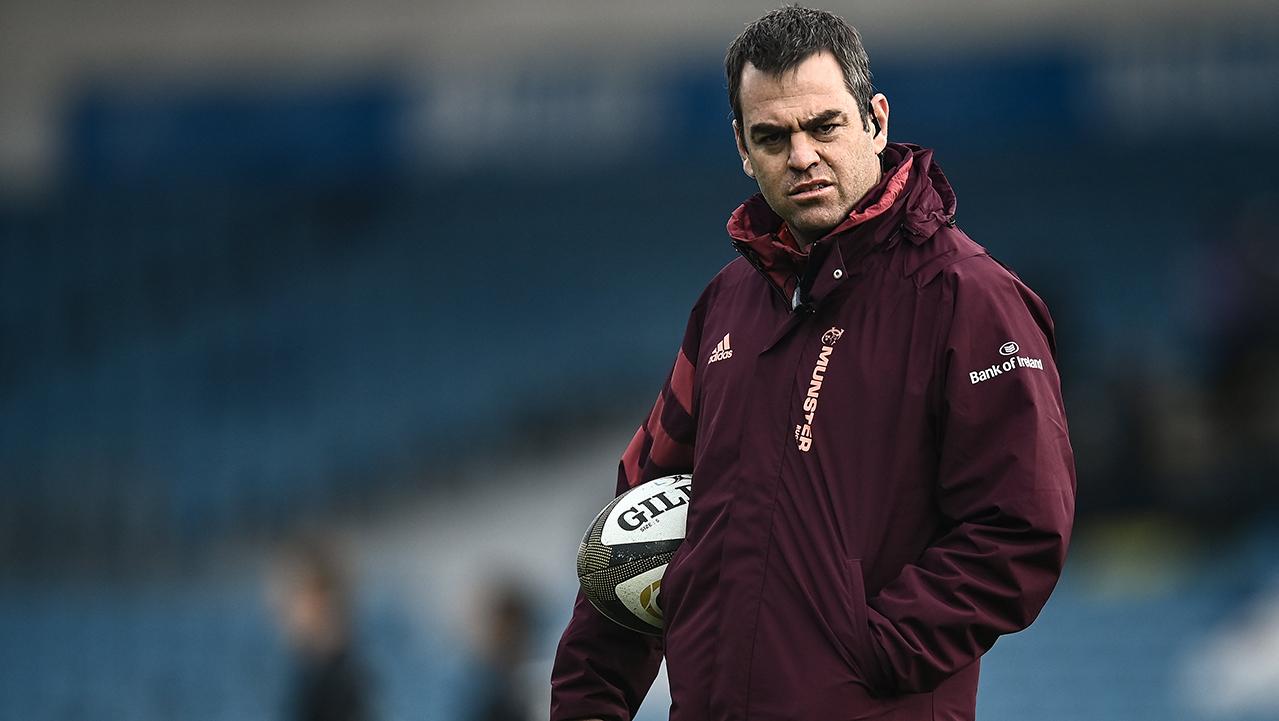 Munster head coach Johann van Graan prior to the Guinness PRO14 Final match between Leinster and Munster at the RDS Arena in Dublin. Photo by David Fitzgerald/Sportsfile

With Van Graan’s future at the western province potentially under threat, Wood is cautious of Munster’s chances at home against a top-quality French club.

“The fear for me, when I look at Munster for this weekend, is that Toulouse have a proud history,” Wood said.

“They are one of the few French teams that actually still take their form away from home.

“They love the idea of playing in Ireland or England trying to get a result. They have that capacity.”

In particular, Wood is worried about the quality across the park that Toulouse are able to front up against Munster.

“They have a beast of a front row,” Wood said. “If they pick the front row that they can, they have us under a fair amount of pressure.

“You could be chasing ghosts following Toulouse if the weather is right for them and if they get the bounce of the ball at the start.