McCarthy analyses Denmark's gameplan ahead of next Friday

Mick McCarthy gives his analysis of Denmark's gameplan and style at a press conference ahead of the Ireland match next Friday.

McCarthy began by commenting on Denmark's draw with Switzerland in March.

"Denmark were excellent in it. I don't know how they were three-nil down. They played like the home team, put the full press on and went after Switzerland."

"They looked like the dead and buried, and it ended up being three-all, so I think that tells you something about their resilience and their determination."

McCarthy highlighted Denmark's strengths, stating that they're a "big, powerful team" that's "very, very compact and organised." "All and all, they're a tough nut to crack."

He talked about how Denmark's strikers will be a threat on Friday.

"The big fella up front (Nicolai Jorgensen) who is 6"4  is a real threat playing from the right."

"They're an attacking threat, and certainly Eriksen. He doesn't have to have that much of the ball to be a threat because if he gets the opportunity, the space, the time, he can find a pass." 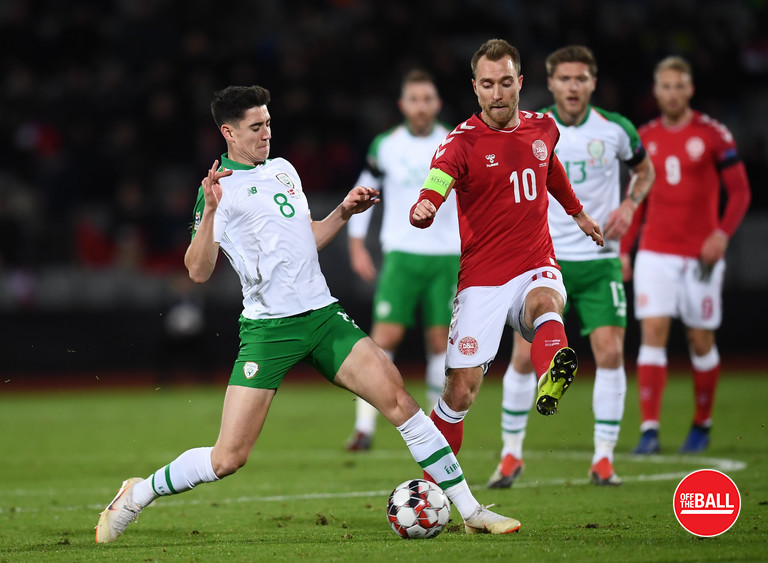 McCarthy mentioned that Denmark "doesn't play any different. They play in exactly the same way, and pretty much the same team."

"The full back pushes right up on top, the wide player comes and plays on the inside, the midfield player gets it to the full back to try and shift you around. They're very, very good. They've got good movement, but we'll be trying to stop them in their tracks."

McCarthy talked about how Ireland was referred to as 'agricultural' by Denmark players. McCarthy stated that the Irish players should be motivated by the remarks.

"Listen, if somebody insults you, I guess you'd take umbrage at it and want to do something."

Ireland will face Denmark in Telia Parken, Copenhagen next Friday.