Matt Doherty disagrees with McCarthy's opinion of his performance in Gibraltar

Matt Doherty spoke at a press conference about how he disagrees with Mick McCarthy's opinion of his performance in Gibraltar.

Mick McCarthy admitted after the Gibraltar game in March, that having both Matt Doherty and captain Séamus Coleman playing was a wrong decision.

When asked about this, Matt Doherty disagreed with McCarthy.

"Me and Séamus have spoken about it, what we thought at the time. We didn't think we were that bad actually."

"It was just one of those games. I think we believe that we can play on the same team, we can work together. But that's not our choice, we'll just have to wait and see when the team gets announced."

Doherty spoke about the Georgia game, in which McCarthy told him that he was out of the lineup.

He stated that he could "see it coming after the game. I mean it's never a good thing really when you're being taken off after 55 minutes. You're probably going to be in trouble for the next game, so it was nothing new to me."

Doherty confirmed that McCarthy knows he can play in a number of positions, however, in training, he is playing right back. 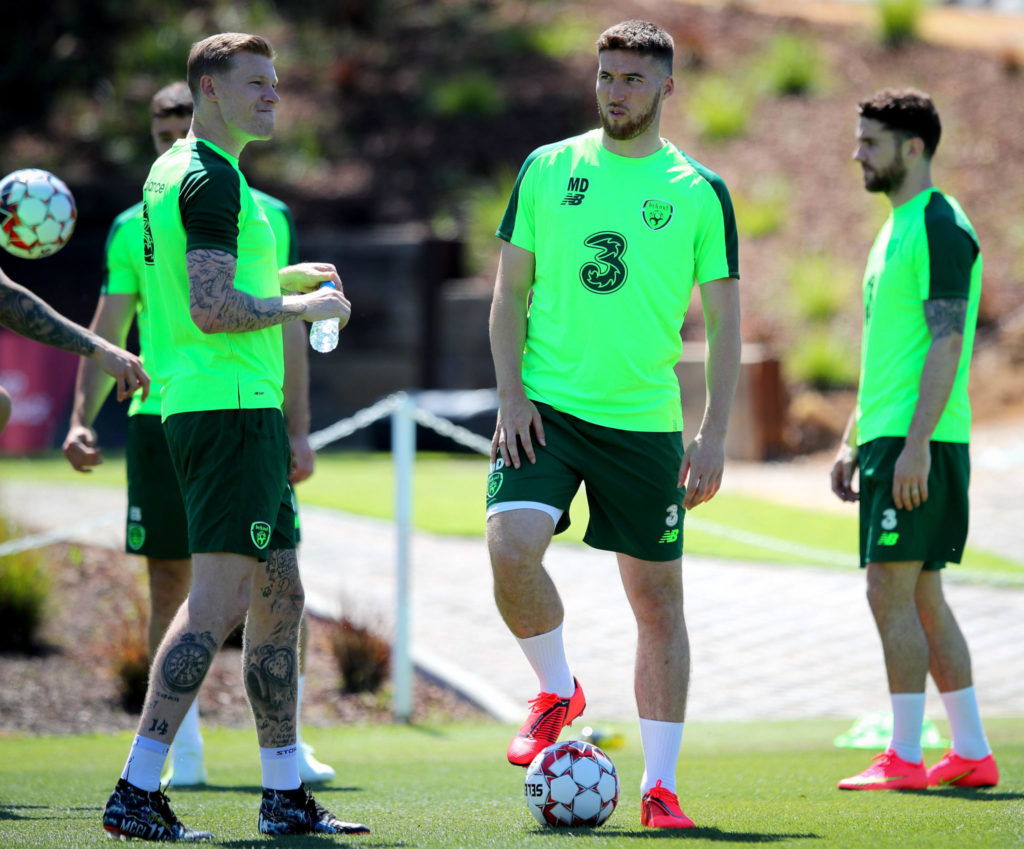 He continued to explain how he is confident that he can take on a defensive role, despite being an attacking wing back at club level.

"There is a lot more defensive responsibility, and it will be different, but I've played right back my whole life really. The wing-back role has only been the last two years so I still know how to play the conventional back four. That wouldn't be a problem for me."

When asked about his future with Wolves, Doherty is hopeful that the team will improve their position in the Premier League, having finished 7th this year.

"We finished 7th this year, and obviously next year, we're definitely looking to improve on that position. Obviously, it's going to be difficult but I don't see any reason for me to change anything right now. My future is definitely at Wolves."

Concern for Ibrahimovic Milan future after knock suffered in training

'I cried myself to sleep' | Packie Bonner on Celtic, sectarianism & bridging the divide