"I was rollerblading through the marble halls and he caught me"

As he went on to become Arsenal's record goal-scorer under Arsene Wenger, Ian Wright recalled how...

"I was rollerblading through the marble halls and he caught me"

As he went on to become Arsenal's record goal-scorer under Arsene Wenger, Ian Wright recalled how his short spell playing for the French manager left a lasting impact.

The great moderniser of English football, Arsene Wenger contended with any number of confusions upon taking over Arsenal in 1996.

Although he wasn't perhaps chief among them, Ian Wright recognised pretty quickly that he presented Wenger with something worth thinking about.

"When he found out about my story and how I'd come through, he couldn't believe it. He would ask me where I had found this footballing intelligence, the way I moved and finished.

"I think he was also fascinated by me because I would do crazy things." 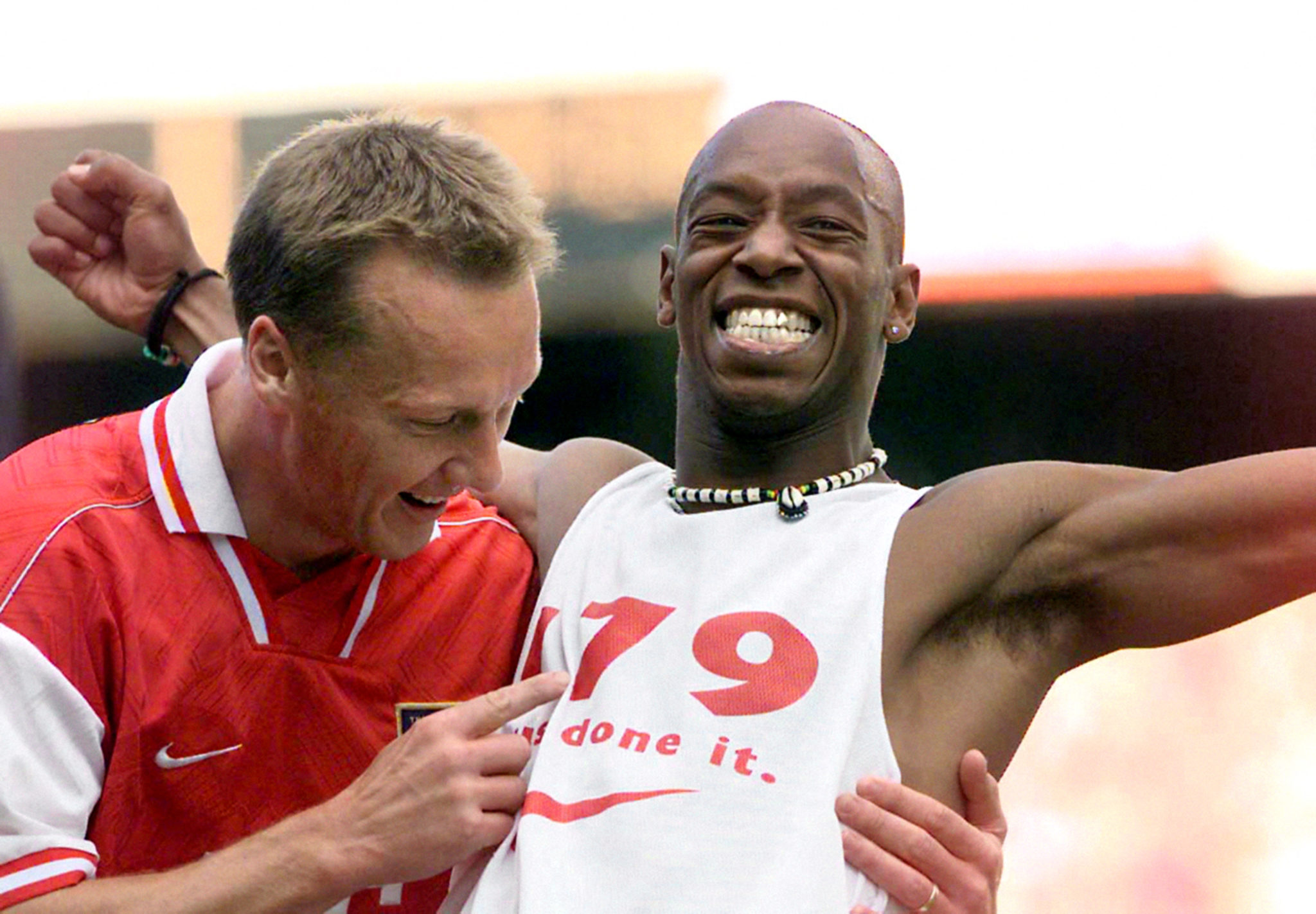 The non-league footballer who had signed his first professional contract with Crystal Palace at 22, Wright, despite joining Arsenal a few months shy of his 28th birthday, would go on to become the club's record scorer.

A stand-out figure in this regard, Wright's determination on the pitch was accompanied by a willingness to court excitement off it too.

"He caught me on rollerblades in the car park," recalls Wright of an early encounter with Wenger at Arsenal. "He told me not to do it and I said, yeah, no problem but then he caught me again.

"I'd gotten to the ground early and I was rollerblading through the marble halls. He caught me again, but for some reason he was always really good with me.

"He always treated me really well and he was really honest with me all the time. It was very refreshing. He saw how hard I worked for him and he wanted me to be the best that I could be."

Signed by George Graham in 1991, an unhappy season under Bruce Rioch eventually led to the arrival of Arsene Wenger in 1996.

After the critical influence of Dutch forward Dennis Bergkamp who was signed by the North London club in 1995, Wright puts the responsibility for Arsenal's upturn in form at Wenger's door.

"When Arsene Wenger arrived the club was literally transformed within a week," he recalls. "Where you had maybe been eating chips and pie before, all that sort of stuff you could eat for a pre-match meal, it changed within a week.

"The sooner you bought into it, the better you were going to be. He would never, ever force anything on you and you could go and ask him why he this or that was happening. He would just explain it all to you.

"He elongated my career and gave me three extra years."

OTB Sports, in partnership with Cadbury FC – are running a brand new series of in depth chats with some of the biggest names in Premier League and in Irish football history.

Check out Cadburyfc.com for updates on promotions and giveaways