Bayern Munich have come out on top against PSG in the Champions League final in Lisbon tonight. ...

Bayern Munich have come out on top against PSG in the Champions League final in Lisbon tonight.

In a cagey affair between two sides playing out Europe's showpiece game, it was Bayern's Kingsley Coman, a product of PSG's youth academy, who scored a goal that put the Germans on their way.

The one player that manager Hans-Dieter Flick opted to bring off the bench for a starting place in tonight's game, Coman's second-half header gave Bayern Munich a lead they would not relinquish.

The club's first major European success since defeating Dortmund in Wembley stadium seven years ago, Flick, a man who took charge of the club after they parted company with Niko Kovac in November 2019, has been widely credited with rejuvenating a side that appeared to be lagging.

Tonight's victory in Lisbon puts the seal on a treble for the German giants who won both their domestic league and cup already this season. 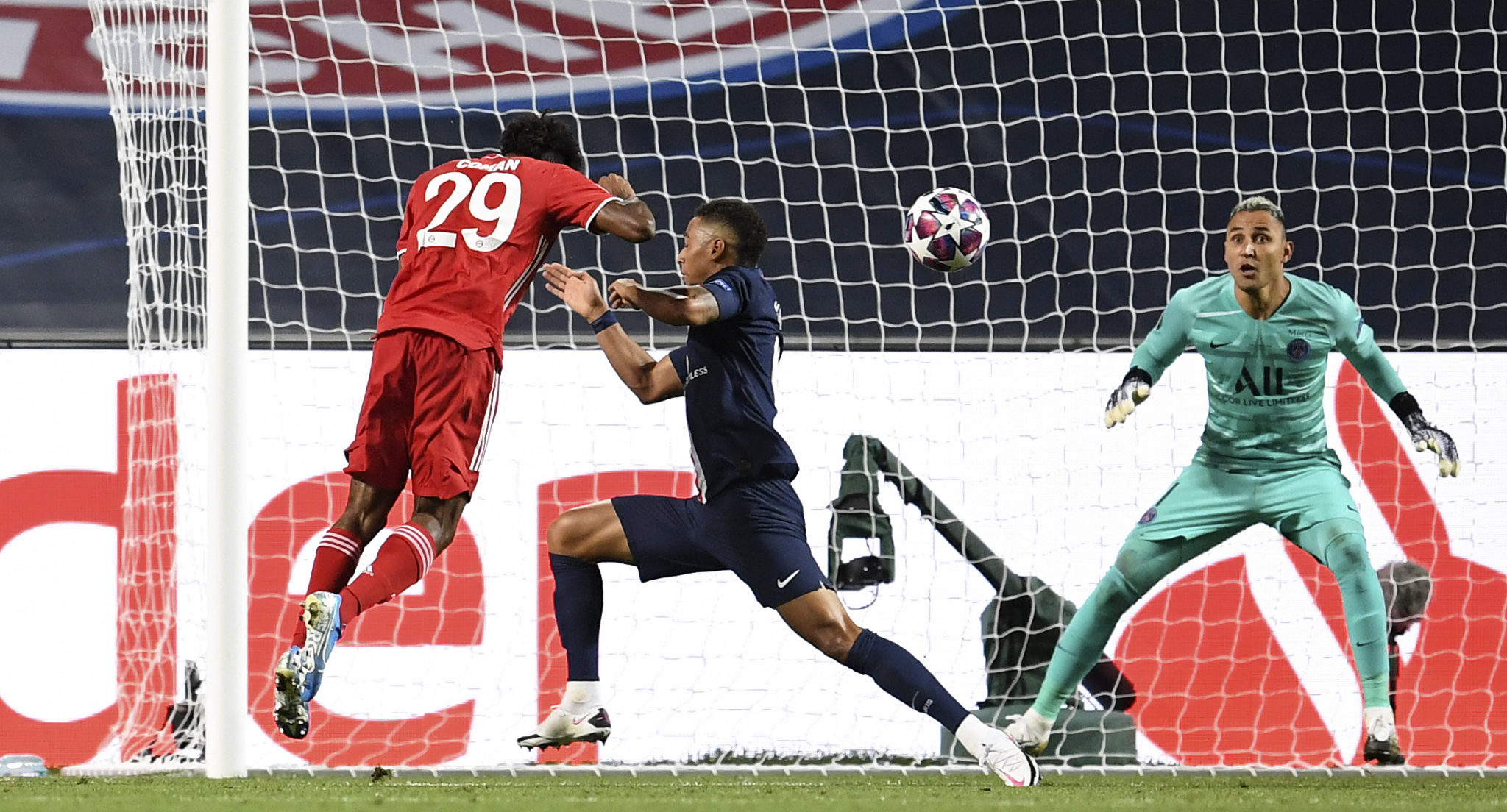 A first Champions League final appearance for PSG, victory tonight would have been the product of an expensive restructuring of the club carried out by Qatar Sports Investments in the years since its state-sponsored purchase in 2011.

After suffering numerous high-profile set-backs in European competition over the years, the club's presence in this year's Champions League final was a milestone event.

Under the management of the German Thomas Tuchel, French striker Kylian Mbappe, Argentine winger Angel Di Maria, along with a host of Brazilian stars like Neymar, Thiago Silva and Marquinhos, had combined to bring PSG within one win of achieving their ultimate ambition.

After beating Dortmund, Atalanta and RB Leipzig in the knockout rounds of the competition, however, they could not get beyond Bayern Munich in Lisbon tonight.

The Bayern keeper is on it tonight!

Although the first-half brought plenty of action, no goals were forthcoming.

While Robert Lewandowski hit the post and Kylian Mbappe sent a straight-forward enough effort right down the path of Bayern 'keeper Manuel Neuer, there was a sense that the breakthrough for either side could come at any moment.

A game expected to provide plenty of goals, in the end it came down to one well-executed header by Kingsley Coman.