Callum Robinson | 'I want to be a striker'

Heading into Ireland's make-or-break qualifiers, Callum Robinson has said that he is more than happy to play as a striker for McCarthy's side - and that he sees his long-term future in the position.

"My main threat is attacking if I can be in the final third more than say, on the wing, then that's where I want to be.

"But I am lucky enough that I can play on the wing and play upfront - I've really been enjoying it upfront this season," he commented ahead of Ireland's clash against Georgia. 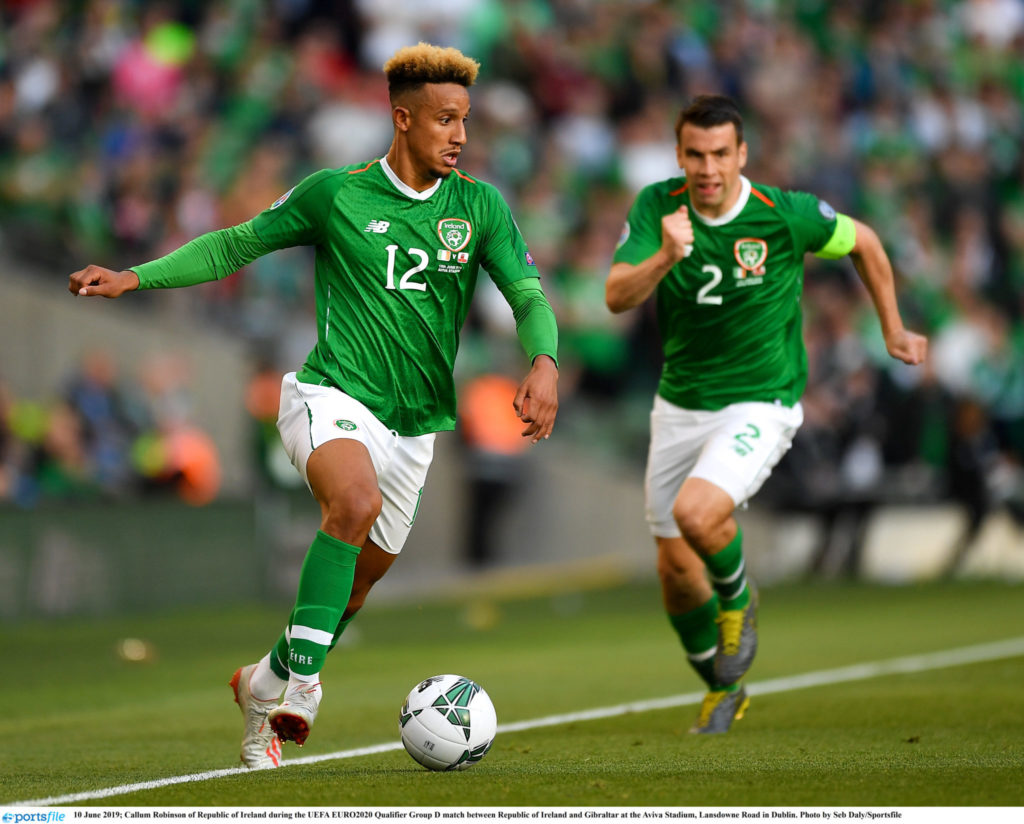 "I'm in the final third a lot more, and that gives me more opportunities to score goals and [get] assists and really be a threat and save my energy for the final third - so it's been good."

The 24-year-old netted his first-ever Premier League goal in the Blades' 2-2 away draw against Frank Lampard's Chelsea in August. 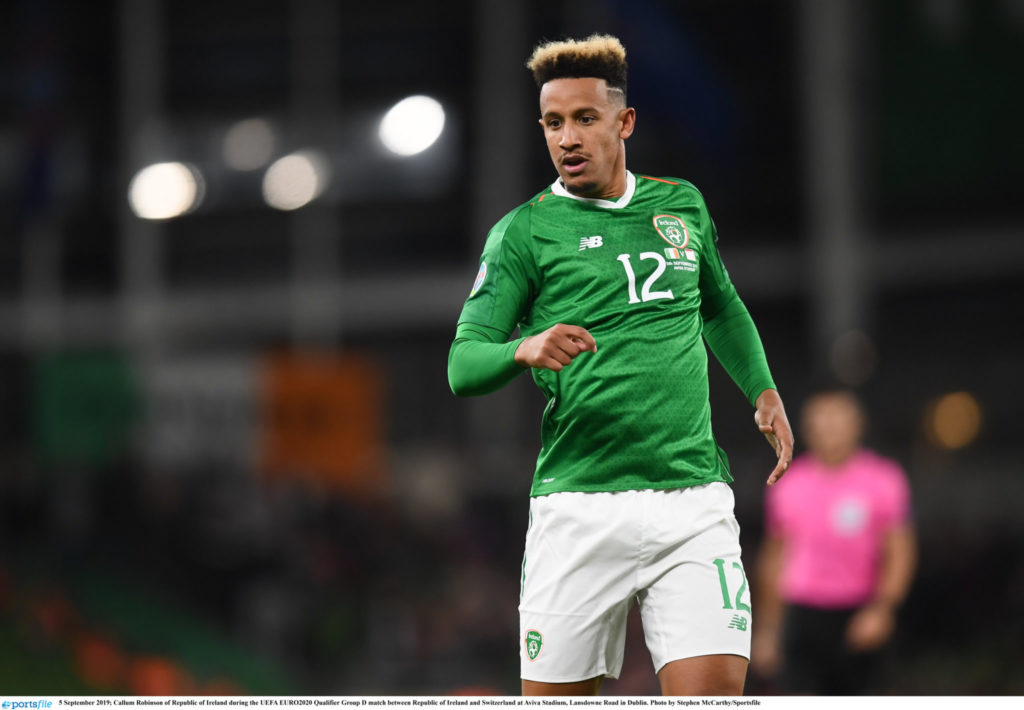 Callum Robinson upfront
"Obviously it would be really good for me to be playing in the first place and playing upfront is no biggie for me," he continued.

The Northhampton-native (who qualifies for Ireland because his grandmother is from Monaghan) scored 12 goals in the Championship last season.

Sheffield United sit in thirteenth in the Premier League table.

David McGoldrick has been ruled out of Ireland's trip to Tilibsi, but Mick McCarthy has indicated that he may be fit enough to play some part when Ireland take on Switzerland next Tuesday.

He's been struggling with a groin issue since late-September.

A win in Georgia puts Ireland firmly in control of their own destiny heading into their final qualifiers against the Swiss and Danes who meet tomorrow night.

Irish U21 assistant-coach Keith Andrews believes that the youngster will feature against Georgia.

"Anybody who's seen the Premier League action last weekend would suggest he's ready, he's ready to be involved," he told OTB AM.

"That's the plan. The plan is to get as many of these young players through. Of course, it's a blow to us (the Under-21s) for that single game or this double-header, because we lose somebody who's really, really talented."

He added that he'd be "amazed" if Connolly doesn't get some game-time against the Georgians.