Argentine journalist Marcela Mora y Araujo joined OTB AM this morning from Buenos Aires - a city in mourning after the death of Diego Maradona.

Maradona's sudden death on Tuesday at the age of 60 released a wave of mourning around the footballing world, and Marcela spoke of a city in a paroxysm of grief.

As Maradona is due to lie in state at Casa Rosada, the seat of the Argentine government, she spoke of a day that reminded of her of a similar one of national grief.

'Maradona's death reminds me of Diana's'

"There are already queues forming and people will try to get there early. I suspect the people who will queue will not solely be the hardcore football fans," Marcela said of Buenos Aires.

"A lot of people who either knew him, or grew up watching him, or felt some sense of national pride even if they are not football fans - I have seen so many people discussing that they don't like football but they still feel very sad.

"It reminds me, actually, quite a lot of when Princess Diana died; the outpouring of grief and the types of people going out into the streets to try and manifest their sense of loss.

"You couldn't say that it was just the royalists or the little girls who believe in princesses, it is a massive phenomena - the nation is gripped by this loss and this sense of loss." 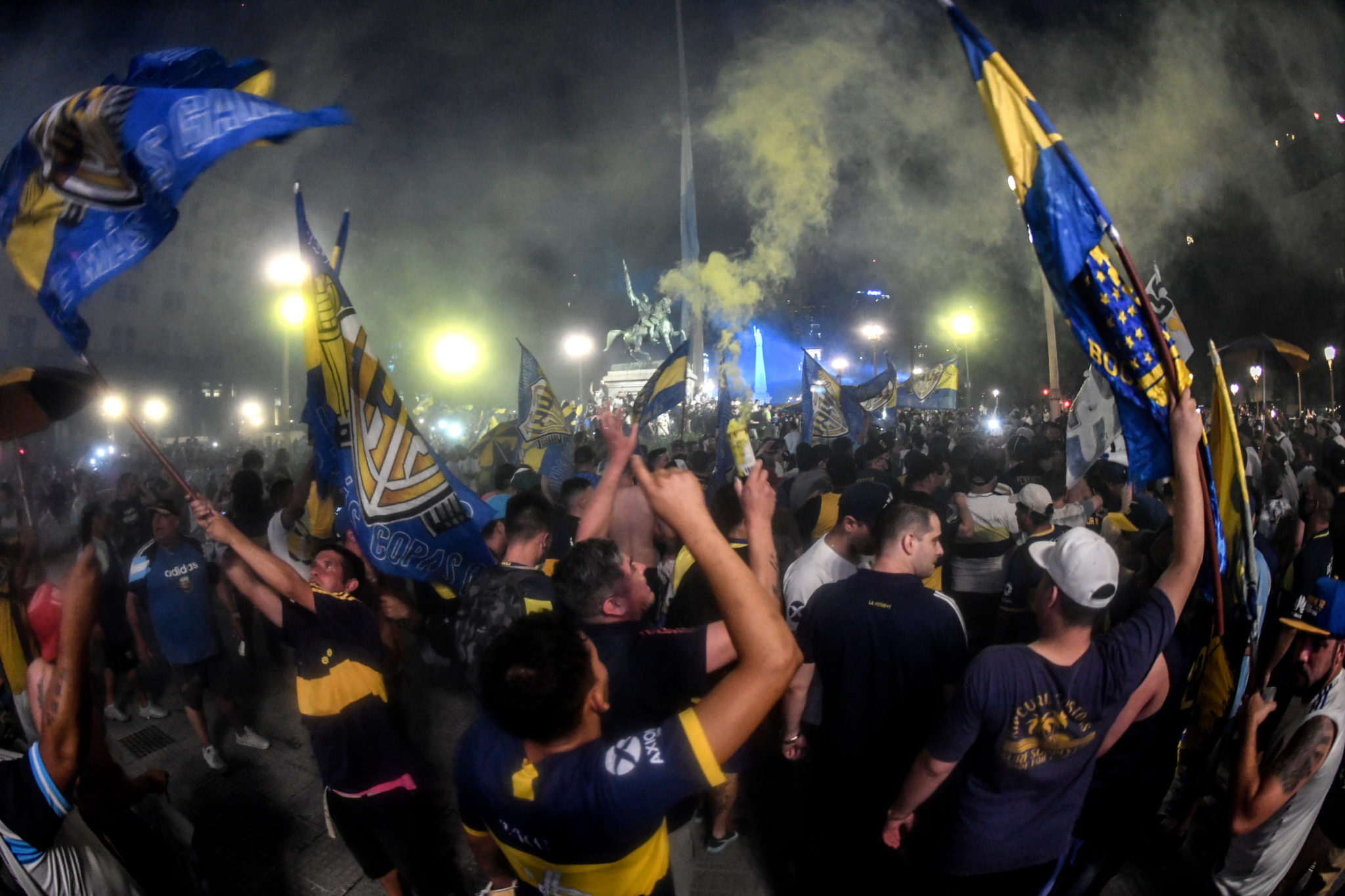 26 November 2020, Argentina, Buneos Aires: Argentinian football fans mourn Diego Maradona with flags of the club Boca Juniors. Thousands of people therefore spontaneously gathered at various locations in the Argentinean capital. Maradona had died of a heart attack on Wednesday (25.11.2020) at the age of only 60 years in his home in Tigre, north of Buenos Aires. Photo: Fernando Gens/dpa

Marcela spoke of a conflicted mood as people looked to convey their grief.

"It's interesting, it has been loud honking, quite celebratory mood with football chanting, but also quite a tearful outpouring of emotions and grief," Marcela said of the city.

"It is important to bear in mind that Argentina has been under the strictest of lockdowns since March, things are only just starting to ease up. So a lot of these people are coming out into the streets having been housebound for very many months.

"The family are trying to bear in mind that this is a huge loss for the people, and trying to retain a sense of privacy and mourning - which would be a first for Maradona..!"

Given Maradona's public problems - variously drug abuse, philandering and accusations of domestic violence - Marcela recognised a trend in the coverage at the moment.

"There is some talk of his flawed character, and quite a lot of laughter and joke about his unreliability and so on. The drug issue is prominent because his drug issue was something he was very candid about so that is the accepted flaw that gets publicised.

"There has always been a line of thought of 'very clever with his feet, very stupid with his head' or a genius for football but reprehensible in other areas.

"I find it difficult to disengage the two; people have many aspects, but him particularly it feels like the flawed and the genius are yin and yang to the same man.

"Obituaries and the moment of death are perhaps a moment of forgiveness and wishing a restful eternity to someone who has given so much."

Explaining what made Messi's relationship with Argentina so complicated