With the passing of Diego Maradona on Wednesday, former Ireland international John Giles joined OTB Sports to share his memories of the Argentine icon.

As he approached the latter point of his playing career, John Giles had two opportunities to play against the Argentine icon, Diego Maradona.

"The first time I played against him was in a League of Ireland team that was going over to Argentina," Giles recalled in conversation with Off The Ball on Thursday evening.

"We were heading over there before the 1978 World Cup and he actually came on in the second-half of the game, but I don't really remember him.

"In all honesty, I was too worried about the result. We had gone over there but I had no idea we were playing the full Argentinian national team. We were beaten 3-1 which was a miracle result for us really.

"Maradona came on in the second-half but I don't remember him making any impression on the game."

A teenager on the periphery of the national team then, Diego Maradona would not be selected for the final Argentine squad that went on to win the '78 World Cup.

In 1980, the 19-year-old Maradona would be among the travelling squad as the world champions touched down in Dublin for a game against the Republic of Ireland.

"That was my last match for Ireland," Giles recalled, "and he came on in the second-half.

"I remember him coming up to the edge of the box, with his left foot he pushed the ball inside and hit a shot from 20 yards out that nearly broke the crossbar.

"You could tell that he could really play, but he still wasn't really well known even at that time." 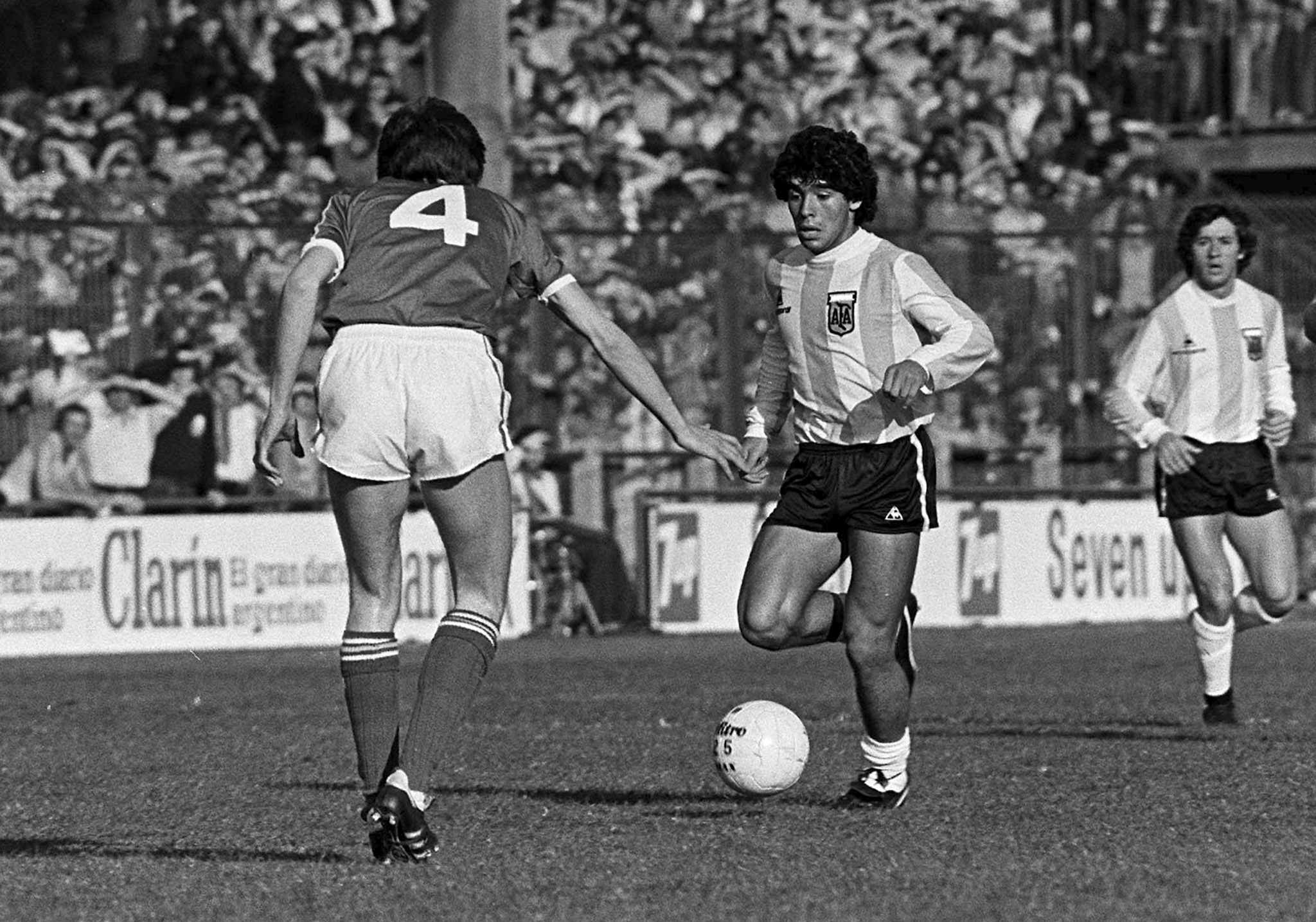 16 May 1980; Diego Maradona of Argentina against the Republic of Ireland. Photo by Sportsfile

A prominent figure in the pantheon of great players, Giles went on to outline where he would place Maradona among the game's finest.

"I would say, looking at them all and having played against most of them, I'd say Diego Maradona was probably the best of them."

Explaining what made Messi's relationship with Argentina so complicated