How Euro 2020 contenders are shaping up a year out

From an Ireland perspective, it's so far so good after earning a draw in Denmark last Friday.

That leaves us in a decent position in the midst of qualifying for a tournament which will see some games staged in Dublin.

But what about the leading contenders for European glory next summer?

Let's take a look at these nine challengers, some of whom were involved in the tail end of the UEFA Nations League.

When Portugal won Euro 2016, it came as something of a surprise. But they've gone and added a Nations League crown, albeit won on home soil against a tired Dutch.

Cristiano Ronaldo remains the talisman, but the supporting cast is maturing and will certainly be more potent than at the last two major tournaments.

Bernardo Silva leads that ensemble and Portugal have even younger exciting attacking talent coming through, namely Joao Felix who may have struggled against Switzerland in their Nations League semi but has a bright future. 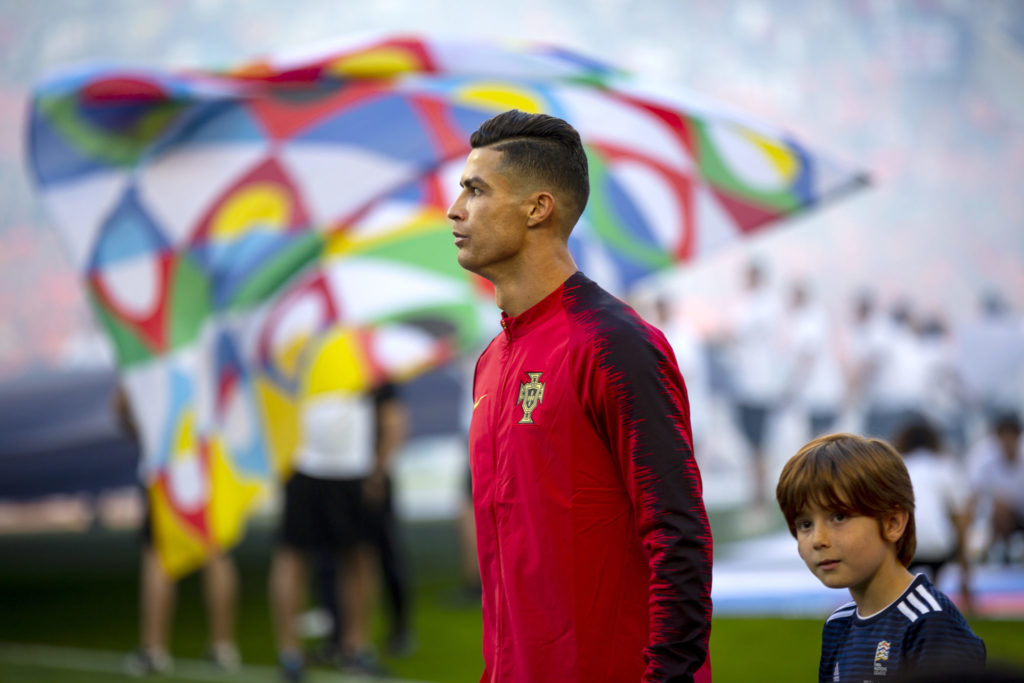 Fernando Santos' side have guaranteed themselves a playoff place by winning Sunday's final. But while they've drawn their first two qualifiers in Group B, you'd expect them to power past Luxembourg and fend off the threat of a Serbia side reeling from a 5-0 thrashing in Ukraine to seal one of the two automatic qualification spots.

One concern might be their ageing first-choice centre-back partnership of Pepe and Jose Fonte. But Benfica's Ruben Dias acquitted himself very well when called upon in the Nations League final.

They're in a pretty good place and far stronger an outfit than at the last World Cup.

It's great to have the Dutch back eating at the top table again. Unfortunately for them though, the Nations League final came too soon for a team rebuilding well under Ronald Koeman.

Playing the hosts with a day's less rest was an obvious disadvantage for the Oranje on Sunday.

There are positives. They have arguably the best centre-back partnership in international football in Virgil van Dijk and the remarkable starlet Matthijs De Ligt. Midfield has improved immeasurably since Barcelona-bound Frenkie De Jong and ex-Ajax team-mate Donny van de Beek emerged. Georginio Wijnaldum has proven himself a canny and technical operator with Liverpool.

But there are glaring issues. The rest of the squad remains average in comparison, even if Koeman has been able to wrest above average showings from the likes of Ryan Babel at times.

It's a pity for Netherlands that the Robin van Persie, Arjen Robben and Wesley Sneijder generation weren't five or six years younger as they would have matched up formidably with the midfield and defensive individuals they have cultivated.

But there is no doubt they are improving with what they have after four miserable years away from major tournaments.

Their next challenge as Van Dijk emphasised post-final was to make sure to get to Euro 2020. Two games into their campaign, they sit third behind Northern Ireland and Germany, having played a game fewer than Michael O'Neill's side who have three wins from three but are yet to face the Germans or Dutch.

Next up for Netherlands is a trip to Germany which would leave plenty of ground to make up if they lose. But eminently winnable fixtures would be all that remains for them after that and provide a chance for Van Dijk, De Ligt and De Jong gracing a major tournament next summer.

No doubt England are improving rapidly but that's mostly been against inferior opposition. Just like the 2018 World Cup when they faced decent teams, Gareth Soutgate's side were found wanting in the Nations League.

Granted it took John Stones performing an impromptu 'Swan Lake' and 'Bambi On Ice' mash-up at the edge of his own box to start their unravelling against the Dutch. And in fairness, they did beat Spain en route.

The problem appears to be most pronounced in midfield. It's abundantly clear they don't have a midfield conductor of note to dictate play. That problem is more noticeable in the 4-3-3 rather than when they play three at the back.

In the short-term though, they will breeze through to Euro 2020. England have already put five each past Czech Republic and Montenegro. And Bulgaria and Kosovo aren't stiff opposition either.

The World Champions suffered a setback against a rising Turkey this weekend in their Euro 2020 qualifying group. That 2-0 loss leaves Les Bleus second in the group behind the Turkish.

But given that the group contains Iceland, Albania, Moldova and Andorra, Didier Deschamps' side should progress to... the many host cities staging Euro 2020 next summer.

Given that the team that won the World Cup was far from ageing, more or less the same team will hope to carry them through to a third major tournament final in a row. Indeed, the leadership group of Antoine Griezmann, Raphael Varane and Paul Pogba are in the 26-28 age range which in football years would translate as their peak years. 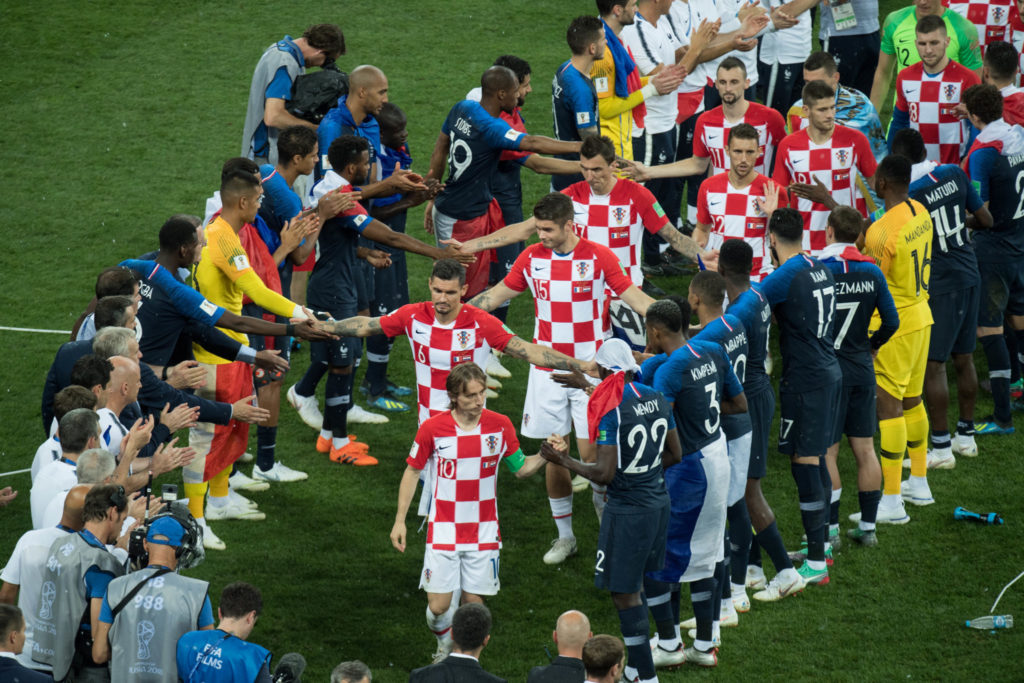 The 2018 World Cup runners-up initially struggled in the Nations League after a long post-Russia hangover.

But Zlatko Dalic's side are in reasonable shape again as the qualifiers take shape. However, the results haven't been glittering.

They beat Wales at home 2-1 this weekend, the same result they edged Azerbaijan by back in March.

And in between that, they lost 2-1 in Hungary. It's more or less the same group of players that almost made history in Russia last summer.

But Luka Modric, Ivan Rakitic and Ivan Perisic are now 30 or over, which does not bode well for a repeat of their 2018 run.

And there's no guarantee on current form that they'll qualify for Euro 2020.

It's been plain sailing so far in qualifying. Three wins from three has them ahead of nearest challengers Russia and Scotland and they should be expected to tie up one of those two automatic spots.

For the most part, it's the same golden generation squad that carried Roberto Martinez's side to the World Cup semi-finals.

Their key player Eden Hazard has made the move to Real Madrid. How he adapts to life in the Bernabeu pressure cooker could impact his confidence, while record goalscorer Romelu Lukaku faces uncertainty at Manchester United.

Their excellent generation of centre-backs Vincent Kompany, Toby Alderweireld and Jan Vertonghen are all over 30 and inching towards the twilight of their careers.

Of the next generation, Youri Tielemans had a positive end to last season at Leicester City on loan from struggling AS Monaco.

La Roja are almost certainly going to qualify for Euro 2020 based on current group form. Like Belgium, they've picked up three wins from three in a pool where they're splashing alongside Sweden, Romania, Malta, Norway and Faroe Islands.

But the current squad is a mixture of generations. The Sergios - Ramos and Busquets are still a fixture from the Euro 2008-2010 World Cup-Euro 2012 era. Jesus Navas remains involved and Santi Cazorla earned a recall for the current set of games after his long injury torment.

But there's no doubt that the player pool is far shallower and less replete with quality than when Barcelona provided the basis of the tiki-taka model with Xavi, Iniesta etc.

So while Spain will be there next summer, barring an unimaginable poor run, it's hard to back them to make much of an improvement on their last two disappointing major tournaments. 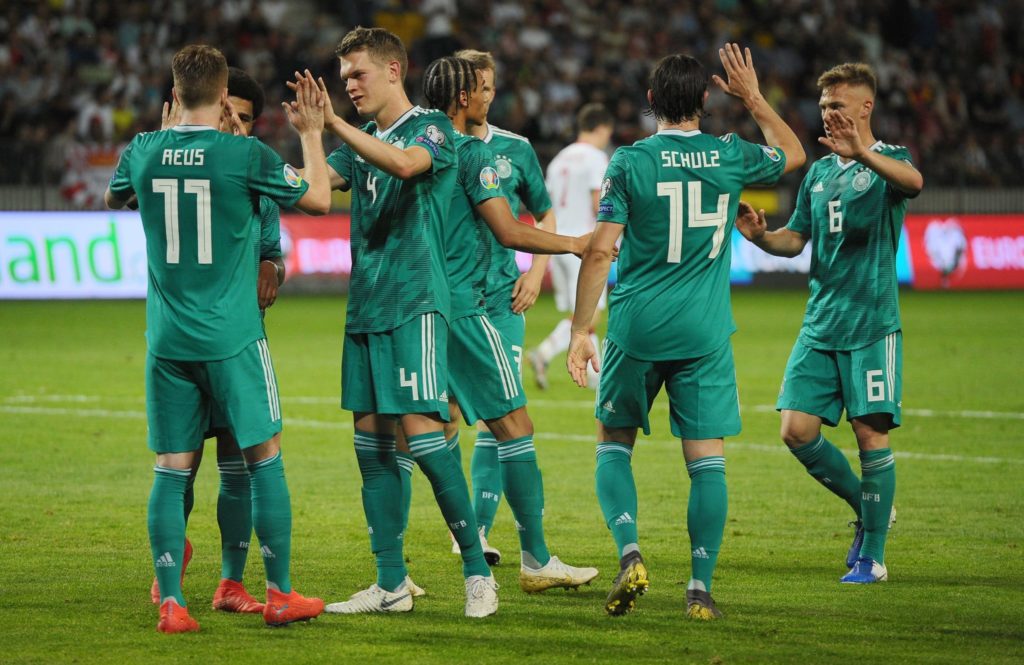 Like Spain, Germany appear to be in transition. Jogi Loew moved on from three stalwarts of the 2014 World Cup win in brutal fashion. So no place for Thomas Muller, Jerome Boateng and Mats Hummels next summer - a change of heart notwithstanding.

Mesut Ozil had already departed before the Nations League setbacks. They've managed to pick up results in Euro 2020 qualifying though. They added a routine victory in Belarus in this window courtesy of Leroy Sane and Marco Reus to their spring victory in Amsterdam.

Sane is among the young talents shouldering expectations, with Kai Havertz and Joshua Kimmich. But whether they will go on to hold a candle to the World Cup-winning generation is another matter. The jury is still out.

Missing the World Cup was a crushing blow for the Azzurri and they've made changes. Ex-Manchester City boss Roberto Mancini has turned to young talent to try and build towards Euro 2020.

On the pitch, they've won three from three in Euro 2020 qualifying. But more importantly, talents like Juventus' Moise Kean, Cagliari's Nicolo Barella, AC Milan's Gianluigi Donnarumma and Roma's Lorenzo Pellegrini are among those being integrated and gaining experience.

Whether they make a mark so soon at the tournament proper next summer will be interesting. But certainly they will form the core for the World Cup in 2022 should they right the wrongs of 2018.