Previously, he had shone in a role as an attacking midfielder/quasi-second striker. That was especially evident two-and-a-half seasons ago, when he complimented Harry Kane with 22 goals in 50 games across all competitions.

Injuries, of course, have had an effect on the player. A hamstring injury kept him out in early 2019 and the start of this season. But despite only making four league appearances thus far in 2019-20, Dele Alli has still notched two goals.

One came on Sunday at Everton. But it was a minor point in a game that unfortunately saw Everton's Andre Gomes suffer a horrific ankle injury late in the second-half. The match didn't matter after that. It was immediately evident something awful had happened in real-time, even before the reaction of both sets of players, including Seamus Coleman - someone who suffered a horrible injury himself on Ireland duty - who was quick to call for immediate assistance.

Alli spoke out after the match regarding Tottenham team-mate Son Heung Min who was clearly distraught, having been involved in the challenge that led to Gomes' unfortunate injury.

"Son is devastated and in tears," said the 23-year-old.

"It’s not his fault. Son is one of nicest people you’ve ever met. He can’t even lift his head up, he’s crying so much.

"The injury does play on your mind but you have to stay professional."

Before that incident though, it was interesting to watch Alli's role, especially in the first-half. Especially considering his recent form and the question marks from pundits like Roy Keane.

With Kane out through illness, Mauricio Pochettino didn't field an obvious reference point in attack. Instead, Lucas initially nominally played through the middle, with Son on the right.

Alli took up an inside-left position. 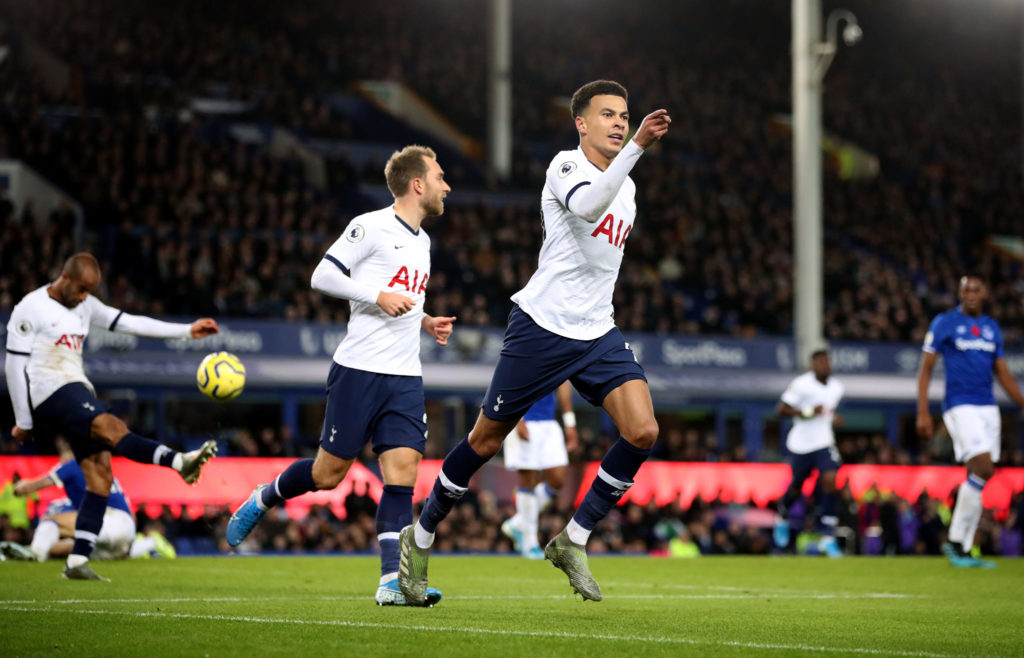 He would engage the Everton right-back out of possession and he also did his defensive work diligently. But in attack, Alli's role allowed Spurs left-back Ben Davies to overlap into space. But in a cagey first-half, neither Alli, Spurs or Everton made a meaningful impact.

Pochettino did shuffle the pack though in the second-half. But Alli remained in his inside-left berth. Instead, Lucas moved to the right and swapped with Son who played more down the middle.

That perhaps should have been the set-up all along as Son has played centrally to good effect when Kane has been absent in previous seasons.

It was Son who would play in Alli for Tottenham's goal. But that was thanks to an error from Alex Iwobi. The Everton midfielder's lax pass went behind the Toffees midfield to Son who then had space to play in Alli. The latter showed composure, turning inside his marker before finishing past England team-mate Jordan Pickford with a low shot into the bottom corner. It wasn't an outstanding performance but a flicker of what he remains capable of as well as a confidence boost.

You can watch Sky Sports' highlights of the game here:

"I'm really angry about it!" | Pat Nevin furious at VAR experience for fans