Fernando Torres and his career of two halves

Fernando Torres and his career of two halves

El Niño called time on his 18-year playing career in June 2019. It was one of two halves, littered with achievement and anguish. Fernando Torres, in a nutshell, is tough to encapsulate.

Standing over the ball, about 25 yards out, his whipped effort finding the corner to score his fourth goal of the match. The free-kick's quality would have made David Beckham blush but it was arguably only his third-best of the quadruple he had bagged on the night.

It is December 2013 and Luis Suarez has singlehandedly thumped Norwich City at Anfield, a month shy of the third anniversary of his signing  - January 31st, 2011 - also known as the day Fernando Torres swapped red for blue, Merseyside to Stamford Bridge, with £50 million sent up north from London. It was perceived as good business at a time when that figure was worthy of shock.

But Torres - who had begun to look sluggish after winning the World Cup with Spain - was never the same again. And while Suarez (Torres' replacement if you ignore Andy Carroll) was nearly guiding Liverpool to their maiden Premier League title, the Spaniard was missing point blank-range open goals at Old Trafford for Chelsea, fast-becoming a figure of fun in the process. 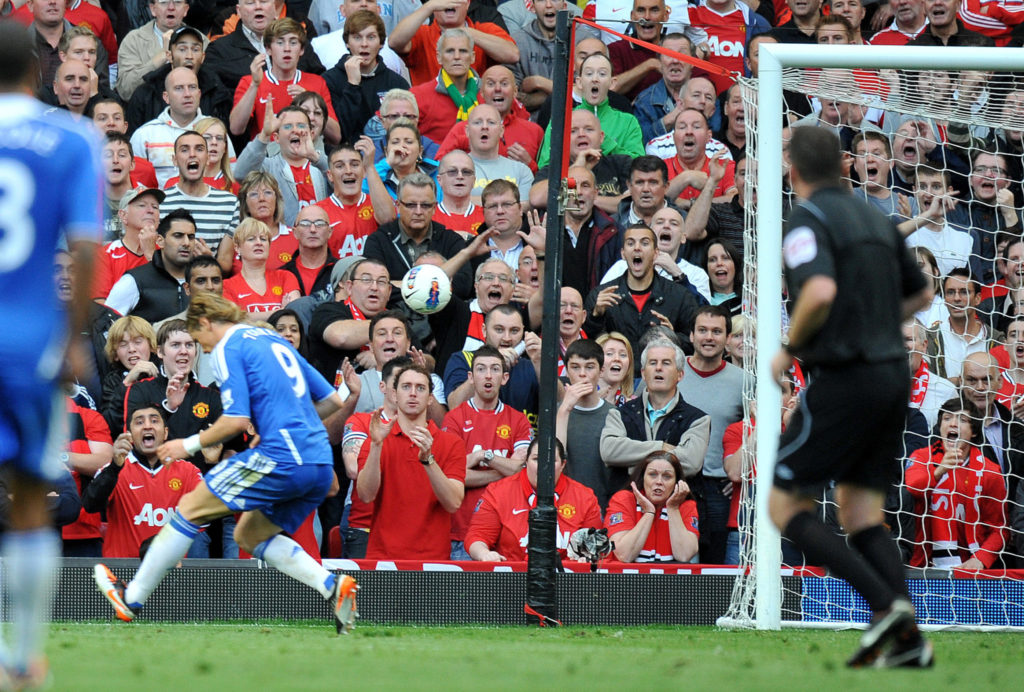 His rapid demise gradually evolved from being mystifying to downright dismal.

After all, it hadn't been too long since the aforementioned Theatre of Dreams was Torres' favourite target and the Manchester United defence his helpless victims.

The only man to ruffle Nemanja Vidic during the peak of the Serb's pomp, you'd be forgiven for forgetting that between 2007 and 2009, there were few better strikers in the world than Fernando Torres.

Deceptively quick and strong, the Madrid maestro was full of graceful touches and sharp link-up play, particularly when it came to Steven Gerrard in the 2008/09 season when the Liverpool skipper played just behind Torres, culminating in the famous demolition of Vidic and friends in Manchester.

Above all else, Torres was adored by Liverpool fans because of his impressive goalscoring prowess which delivered 81 goals across three and a half seasons, 24 of which came in his first Premier League campaign.

Those same supporters failed to witness such an immediate impact again until Mo Salah's initial year with the Reds. 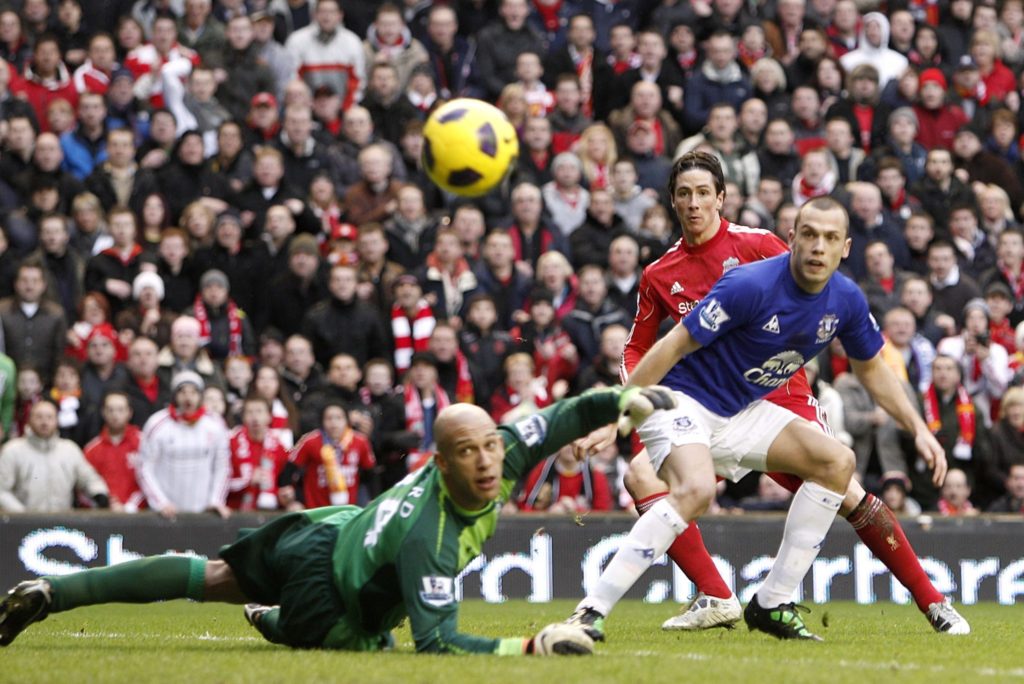 It was this instinctive eye for goal that prompted Rafa Benitez to part with over £20 million to take Torres to Liverpool from his beloved Atletico Madrid; the hometown team he had been captain of since he was just 19 years of age.

Therein lies the issue with Torres' career of two halves. He, like Wayne Rooney, was so far ahead of his adolescent peers, shining brightest on a pitch shared with men twice his age. When he departed Atleti at the age of 23 he arrived in England ready to rumble, an experienced and elite pro who began life at Anfield by memorably putting manners on the Chelsea defence.

This was just the start. Goals of all kind followed: headers, volleys, angled finishes characterised by power and finesse in what was a talented but incomplete Liverpool squad.

Torres overshadowed his positional peers and transferred his individual brilliance to the international stage, scoring the game's only goal in Spain's defeat of Germany in the Euro 2008 final. 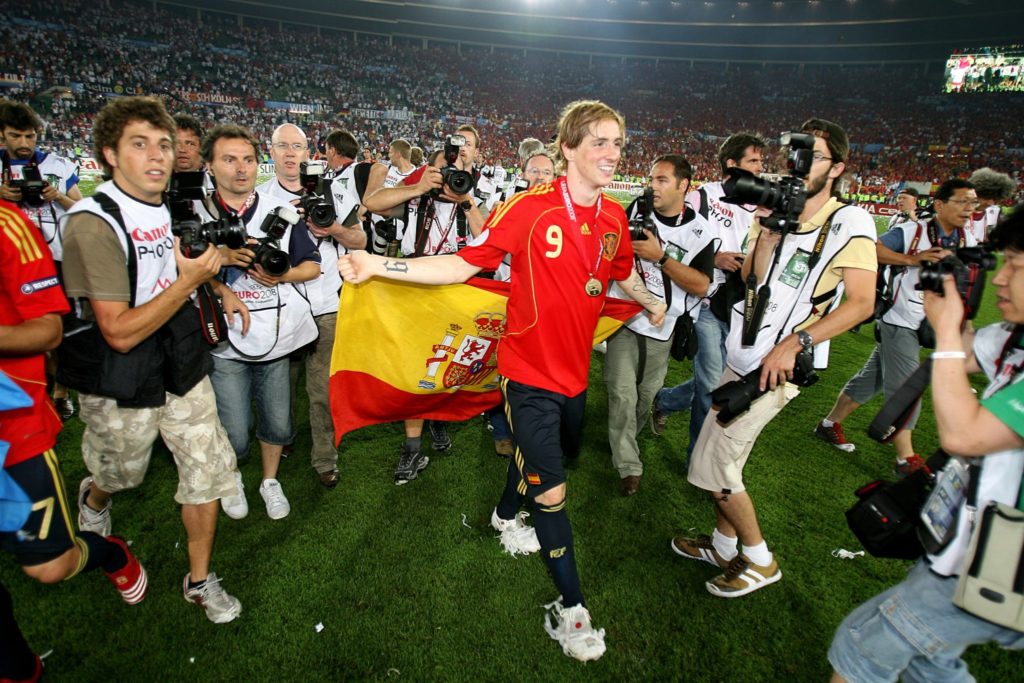 He was untouchable, far surpassing the considerable hype which had surrounded him as a precocious teen.

Then he went to Chelsea and something fundamentally changed.

The stark switch started as early as his Blues debut which was, as fate would humorously have it, against Liverpool. Torres looked a shadow of his former self, even the one who had ripped Chelsea apart only weeks prior in the reverse fixture at Anfield.

In his first game for Chelsea, Torres appeared rusty, leggy and jaded. The opposite of the sharp and dangerous threat in which everyone was accustomed. The anthesis to the idea of what a £50 million player looked like.

His wretched form continued into the weeks and months until the realisation reared its head that this hangover was permanent.

The pain remained and it was etched all over Torres' face, the nadir of which occurred in that horror miss at Old Trafford which was now becoming a venue defining the irreversible change in the Spaniard's career. 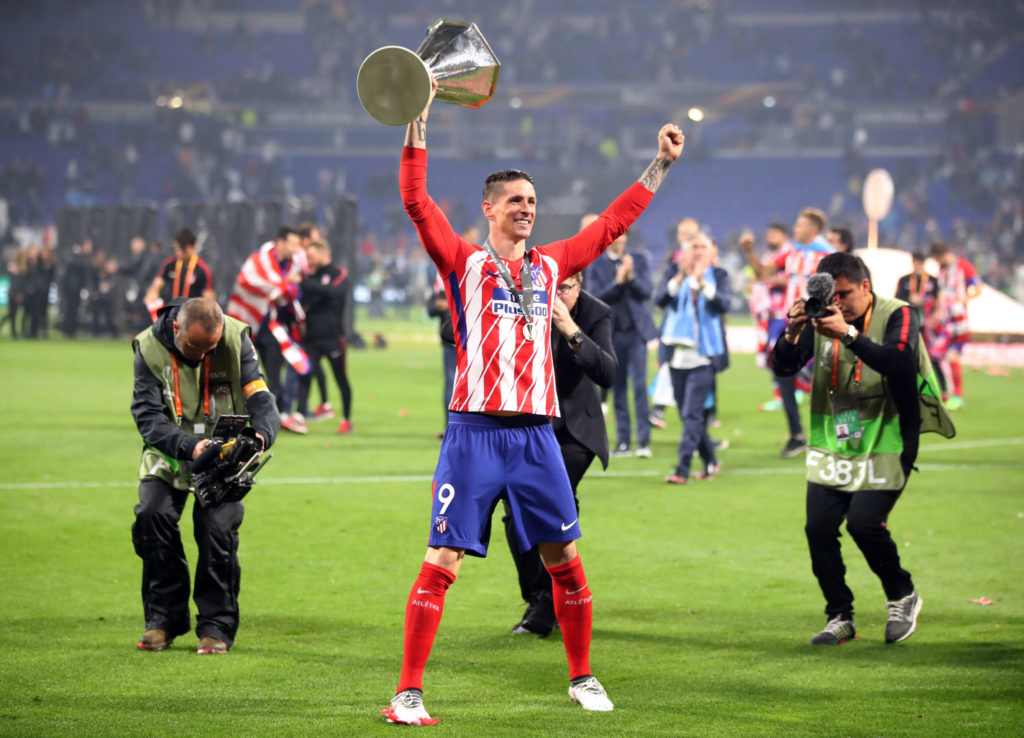 Torres actually scored a well-taken goal in that infamous game against United but everything was different. He looked like a lost boy now, not the confident young man football once cherished and feared accordingly.

Months then turned into years as Torres stuttered through the second half of his playing life.

Funnily enough, the latter act coincided with the building of his impressive trophy haul. The Champions League with Chelsea in 2012 (who can forget his semi-final decider against Pep Guardiola's Barcelona), was quickly followed by a second consecutive European Championships with Spain and another European trophy with Chelsea the following season - the club's first Europa League crown.

He repeated the latter feat in 2018 by regaining the Europa League upon his return to Atleti, with whom he had been a Champions League runner-up in 2016 when Diego Simeone's men heartbreakingly lost a penalty shootout to Real Madrid.

But long gone was the trailblazer recognised before and, it turned out, he really had been gone long.

What remained was nothing more than an adequate number nine who additionally lined out for AC Milan and, most recently, Japan's Sagan Tosu, the club where he announced his retirement. 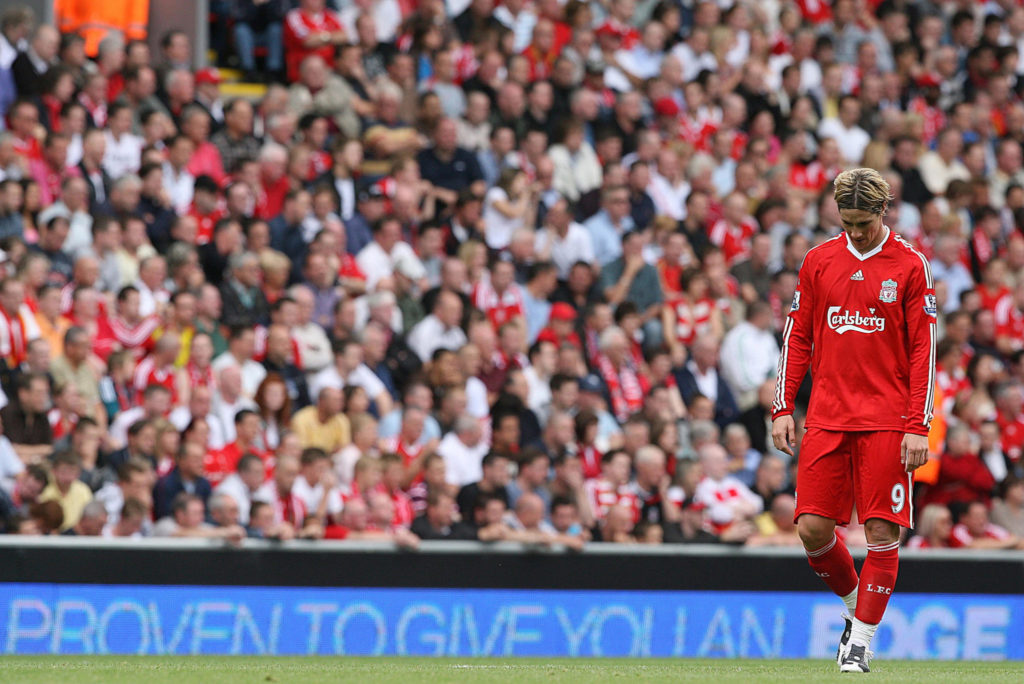 It is one of the oddest careers in the recent history of the game. It is a true tale of two halves.

On the one hand, there was the anti-establishment Torres. The one who arrived with blistering ability, ambition and promise, who took on all comers regardless of stature or size and swatted them all away. The one who fought for his beloved Atleti and Liverpool against football's absolute elite.

Then there was the company man Torres. The one who joined the elite, becoming a by-the-numbers striker, collecting trophies and pay packets in equal measure and finishing off with a lovely, polished CV.

The tributes flew fast from fans and players alike across all corners of the globe as El Niño announced his departure from the professional game.

No prizes, however, for guessing which Fernando Torres the world has been so fondly reminiscing.

*This article was originally published on June 21st, 2019 to coincide with Torres' retirement. It has since been updated.

How well do you remember Liverpool's 2005 Champions League final in Istanbul?