Gary Breen: 'They're probably short of the quality of Manchester United teams of the past'

Gary Breen has questioned whether Manchester United have the quality in their squad to consistently win games at an elite level, drawing contrasts to some of their previous teams.

Ole Gunnar Solskjaer's unbeaten league run as Manchester United manager came to a shuddering halt on Sunday evening after their 2-0 defeat to Arsenal at the Emirates Stadium.

Speaking with Off The Ball's Stephen Doyle, the former Ireland international reflected on United's fortunes under Solskjaer.

"I think he's got a lot of confidence in his ability," he said. "He'll have his staff and they'll know what's going wrong.

"What they may well doubt is how many of those Manchester United powers - regardless of the atmosphere he's created - are they good enough to consistently win games?

"That's what you have to do if United want to get back to the top where they think they belong.

"The emotion of that incredible night in Paris, maybe that took a lot out of them because they didn't look at their best today. But they have quality players.

"It was never going to be a quick fix, but the run has been amazing.

"There have been games where they've rode their luck and they have looked vulnerable at times - you can still argue that they're probably short of the quality of Manchester United teams I would have played against.

"They need to get back to that elite level." 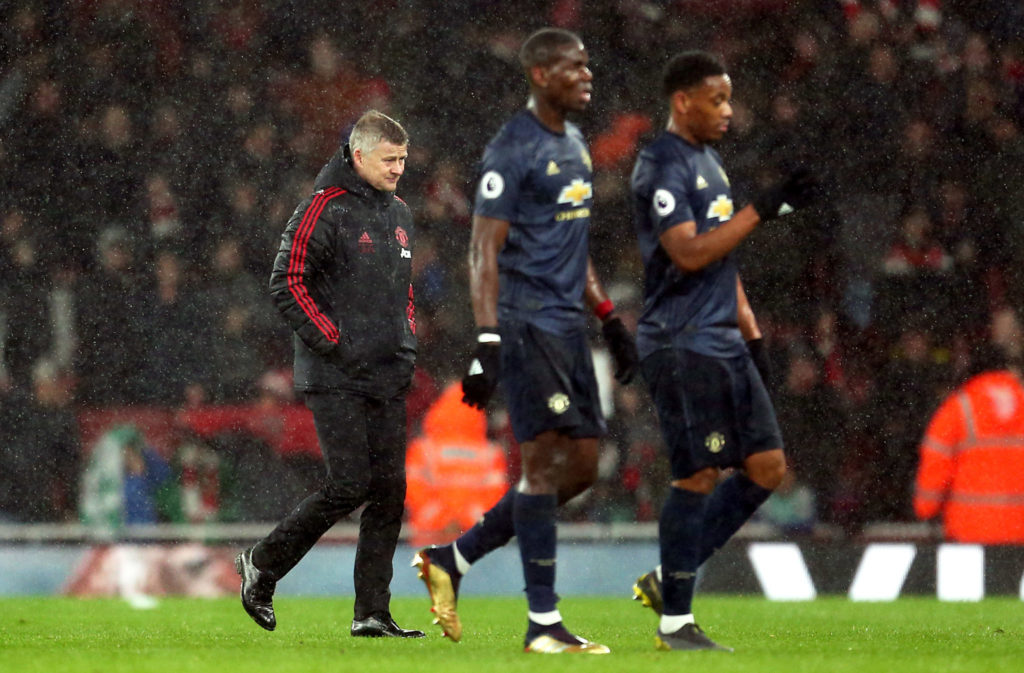 Ole Gunnar Solskjaer (left) walks off the pitch as Paul Pogba (centre) and Anthony Martial look on after the final whistle.