Former Ireland and Sunderland centre-half Gary Breen addressed Manchester United’s shortcomings this season after their 0-0 draw with Wolves in an interview with Off The Ball’s Nathan Murphy.

Breen was speaking at the Tottenham Hotspur Stadium where he was covering Tottenham's 2-0 win against Manchester City for Off the Ball. After the game, Breen touched on Manchester United and Ole Gunnar Solskjaer with Nathan Murphy.

“The pressure associated with playing for the club, that you’re expected to win every game, I think they’re way short of that. Manchester United fans are probably thinking that’s not at the level of the best teams in Europe,” Breen said.

On the Norwegian coach, the 63-capped Irish international said, “You may think the players are not at the level, the manager is not at the level. Solskjaer is so far behind [Pep] Guardiola, [Jurgen] Klopp. How can they expect him to get them back to where they think they belong?”

Ever since the sacking of Mauricio Pocchetino at Tottenham, the pressure under Solskjaer has increased while the Argentinian's availability remains. However, a significant portion of fans and the board still seem to be behind the Norwegian. The former United striker's win-rate at the club is just 27%.

This is lower than the 30% win-rate he managed at Cardiff City when he oversaw the Welsh side's relegation from the Premier League in the 2013/14 season.

Solskjaer has come under increasing pressure in the Old Trafford hot-seat, and deservedly so, one could legitimately argue. Despite breaking the world record for a defender to sign Harry Maguire from Leicester City, United have kept just five clean sheets in their 25 games.

They have also conceded 29 goals so far this season. For context, this is already one more goal conceded than in the entire 2017/18 campaign. That season, José Mourinho led the club to a second-place finish in the league. This shows little sign of improvement from manager-to-manager.

Solskjaer’s United team has also been floundering at the attacking side of the game. They have scored only 36 goals in the Premier League; just six more than crisis-club West Ham United, who currently sit in the relegation zone under former United manager, David Moyes.

And the-ex Wolves man Breen discussed United’s French forward Anthony Martial, saying “I think the problem with Martial is that he doesn’t consistently do it. If you play for Manchester United, you have to do it week in, week out.”

Martial has put in underwhelming performances throughout the campaign. He has failed to put a goal-scoring run together so far this season, despite illustrating glimpses of his obvious talent.

Breen was complimentary of United’s acquisition of Bruno Fernandes from Sporting Lisbon last week. The Portuguese international completed his big-money move to Old Trafford after months of heavy speculation.

The 25-year-old sporadically impressed on his debut at Old Trafford. Fernandes seems to be the kind of player United have lacked all season, and Red Devils' fans will hope he can propel them into Champions League contention. 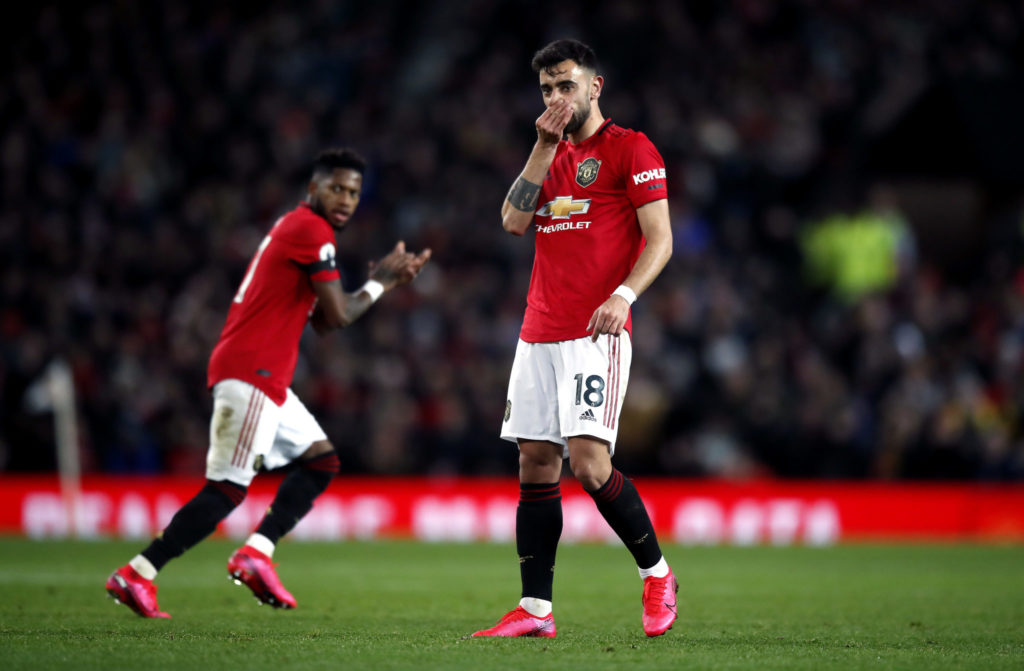 “I think he [Fernandes] can make a big impact”, said Breen. “Look at his stats, they’re incredible in terms of the goals and assists he’s had since the start of last season. Whether he can replicate that in the Premier League remains to be seen.”

With the inaugural Premier League winter break upon us, Fernandes has time to gel with his new teammates before he takes to the field again when United travel to Chelsea on February 17th in the Premier League. Fernandes will hope to hit the ground running, and for his teammates to improve.