‘I learned so much working with Giles and Dunphy’ | Graeme Souness

‘I learned so much working with Giles and Dunphy’ | Graeme Souness

Former Scotland international Graeme Souness joined Off The Ball’s John Giles at 80 special on Thursday to reminisce about his time as a pundit alongside the Republic of Ireland legend.

Souness joined Giles and Eamon Dunphy on RTÉ pundit team after a brief stint at Sky Sports, having been a manager up until 2006.

The former midfielder said that those years as a pundit alongside Giles and Dunphy taught him much more about punditry than anything he learnt at Sky.

“I learned so much working with the pair of you,” Souness said to Giles.

“You were a pair of rascals; you were a double team. I certainly had to be on my toes with you two; there were no prisoners taken in those days at RTÉ.”

Souness thinks that punditry requires a completely different set of skills to playing and manging, which he said he learnt during his time at RTÉ.

“You look at the game differently [when you become a pundit],” Souness said.

“You come into it thinking, ‘you’ve been a player, you’ve been a manager, this will be easy,’ but I think you start to look at it in a different way.

“My approach to it now, and I think it was John’s as well, is you try to look at something in the game that the man at home watching is not seeing.

“[You] try to explain that to them and point it out to him, and sometimes, certainly in Johnny’s sidekick’s case, through a few hand grenades in." 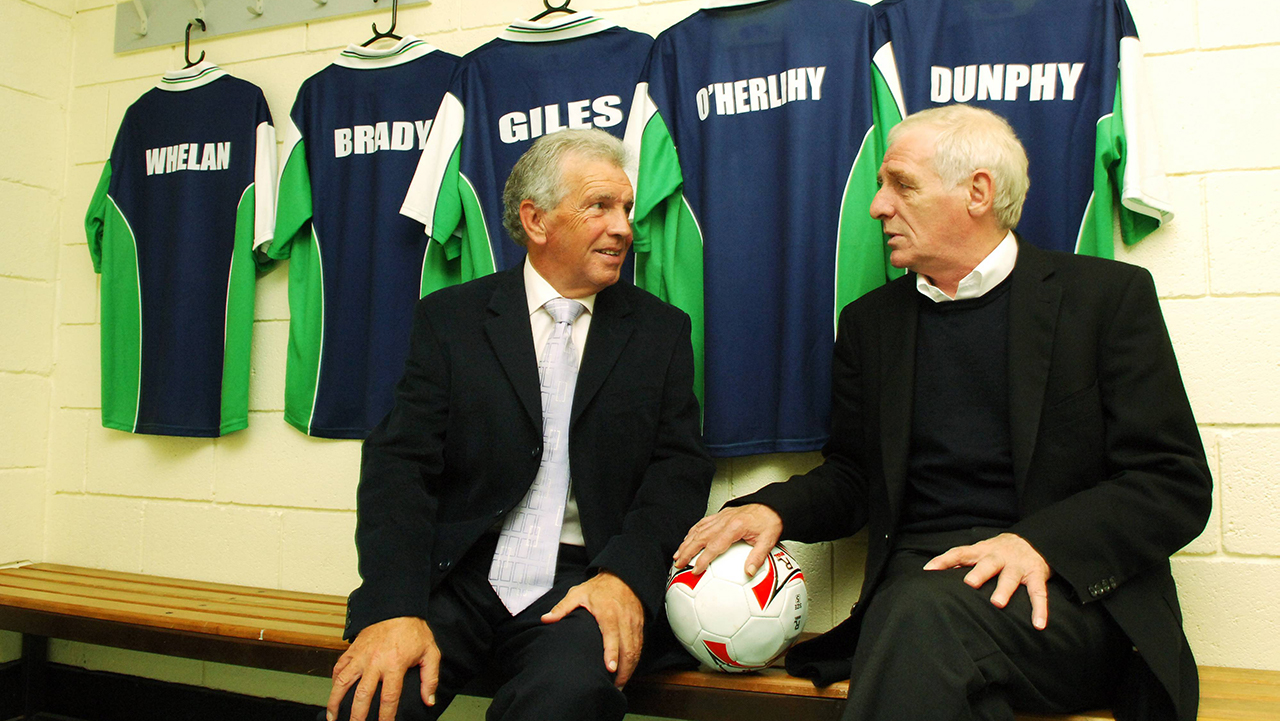 Dunphy was particularly cavalier when it came to his comments in the studio.

“He would say something, and John and I would look at each other: ‘Did he really just say that?’," Souness said.

“Did he really meant that, or is he just trying to get us to join in on the conversation?’

“I learnt so much in those early days, and I’ve got a lot to be thankful for.”

Not to be outdone on the dolling out of compliments, Giles heaped the praise on his colleague.

“Graeme is great; he is by far and away the best pundit I can see on Sky, in a big way,” Giles said.

He suggested that the restrictions and attitudes towards punditry differ between Sky and RTÉ, meaning that Souness had more freedom of expression in Ireland.

“What happened then, when Graeme came to us in RTÉ, I think he found a bigger freedom to say what he wanted to say than he had done on Sky,” Giles said.

“You had license to say, really, really say, what you mean.”

Souness attributes the sense of freedom that he experienced at the Irish broadcaster to the pairing of Giles and Dunphy.

“That is what I have a lot to thank the pair of [Giles and Dunphy] for,” Souness said.

“That was my education, if you like. I was coming from a rather conservative approach at Sky, and then working with [Giles and Dunphy], I realised that was not the way to go.

“I think I was always being fairly straightforward, but I think I went to another level working [on RTÉ].

“At Sky, we had to be a little bit more protective in what we said.”

'I admire him, but it's not mutual' | Eamon Dunphy talks Roy Keane