'Give Stephen Kenny certainty around his contract situation' | Nathan Murphy

Stephen Kenny has been through ups and downs as Ireland manager, however, the recent upturn in fo...

'Give Stephen Kenny certainty around his contract situation' | Nathan Murphy

Stephen Kenny has been through ups and downs as Ireland manager, however, the recent upturn in form should be sufficient for the FAI to give the manager a contract extension sooner rather than later, according to Nathan Murphy.

Murphy joined Joe Molloy and Stuey Byrne on The Football Show to analyse Ireland's 3-0 win over Luxembourg on Sunday evening.

"Otherwise we are going to hear some sort of story, some other name being linked, or somebody on the board being unhappy about something that's happened.

"Just get it done and let everybody move on."

After a difficult opening to Kenny's reign, Ireland are now unbeaten in their last six outings. The players are beginning to slowly warm to Kenny's fluid style of play and there is optimism for what might be achieved in future.

After a long period of conservative football, under repeated managers, many fans are finally enjoying the national team once more. That is a coup for the manager and his backroom team. Results, however, are what keeps managers in a job and Ireland are beginning to deliver on that front. 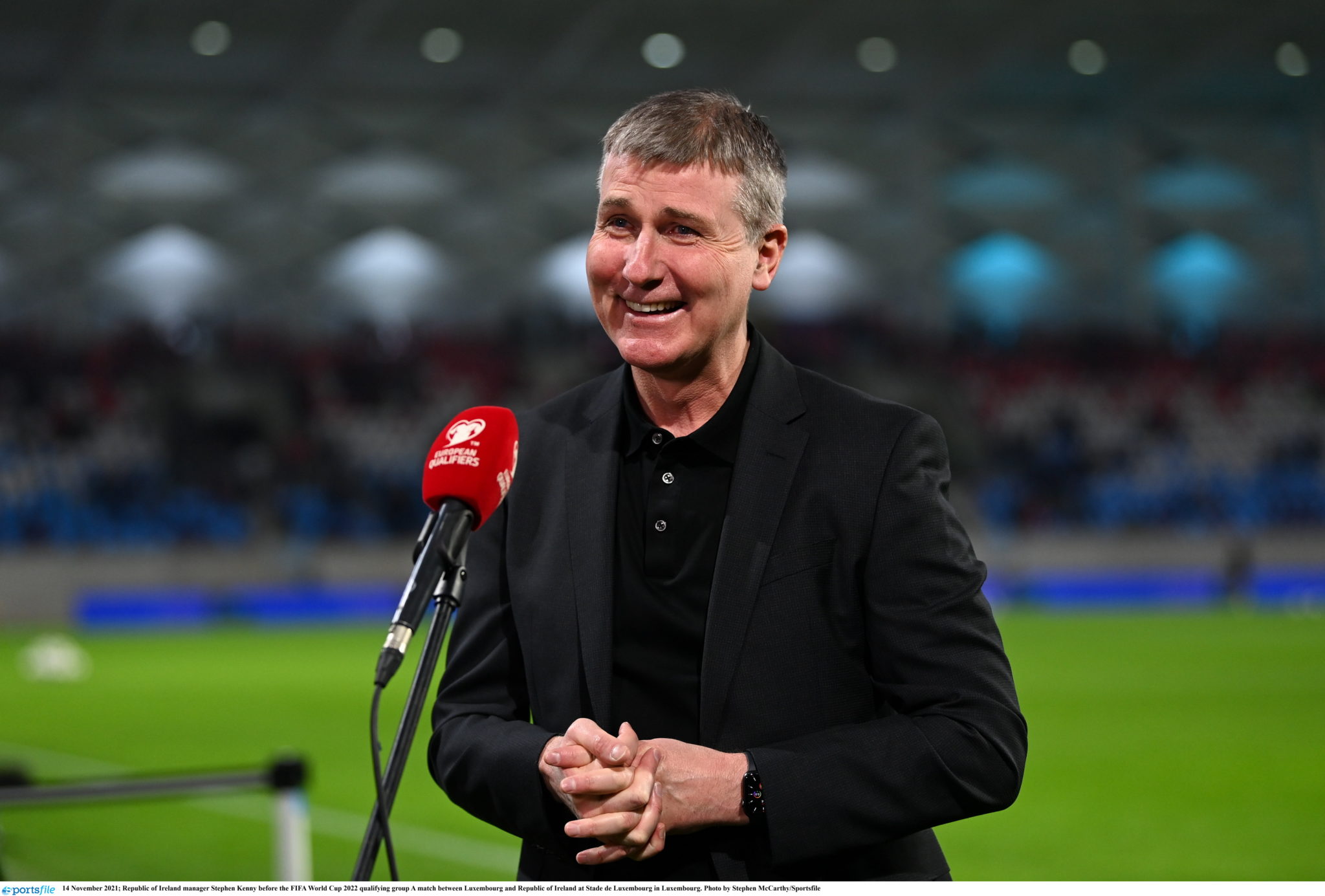 "I can understand some of the criticism of Kenny," Murphy continued.

"He probably did not do himself any favours, particularly with the Giovanni Trappatoni generation, in the way he has spoken about Irish football.

"Liam Brady [as a coach] is obviously a part of that generation and a lot of the players are maybe frustrated with the way it is talked down considering they feel they were a Thierry Henry handball away from getting to a World Cup finals and did qualify for a major tournament.

"I also think they may not realise the damage that that era did to Irish football. There was the John Delaney side but there was also the negativity of the football that put thousands upon thousands of people off coming to Irish internationals.

"While the results were there, the performances were not.

"I think fans around the country are watching an awful lot of football, more than they have ever watched before, whether it is the Premier League, the League of Ireland, you name it.

If the FAI back the manager swiftly, there is an argument that it will allow the younger players in the squad, who have developed under Kenny, to continue their growth. Completing a deal swiftly would also provide stability to the squad in the long-term.

"Whether they go now or they wait until June [is the question]," Murphy continued.

"I think they have to go now. This is not like a normal job. If you don't offer Kenny the contract between now and then, we know what it is like, we know what the frenzy is like. We know the stories that come out.

"Suddenly, you go into March or April under pressure. [People will say] 'Kenny still needs to prove himself.' That undermines the squad.

Kenny's squad is certainly making strides of progress. Whether that progress is enough for the FAI remains to be seen.